The Underground World of Tokyo

Hidden underneath the outskirts of metropolitan Tokyo, this engineering marvel is unquestionably one of Tokyo’s less known, awe-inspiring structure. Given the rapid growth of the city and as concrete replaced soil, the drainage system did not support the fast-growing infrastructure. It was then when The Metropolitan Area Outer Underground Discharge Channel project, also known as G-Cans, was born. Built to mitigate overflowing of the city’s major waterways and rivers during rain and typhoon seasons, the construction started in 1992 and was finalized in 2009.

It consists of five concrete containment silos with heights of 65 m and diameters of 32 m, connected by 6.4 km of tunnels, 50 m beneath the surface, as well as a large water tank with a height of 25.4 m, with a length of 177m, with a width of 78m, and with 59 massive pillars connected to 78 10MW pumps that can pump up to 200 tons of water (the approximate equivalent of a standard 25 meter pool) into the Edo River per second. 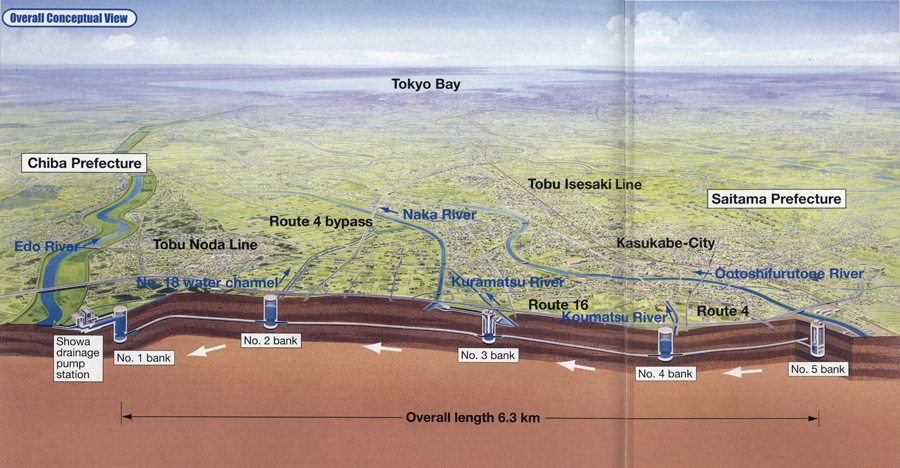 This Japanese masterpiece is not only a proof of their incredible problem-solving capacity, but it also makes a wonderful place to visit and see a portion of the incredible structure. You can take a tour (in Japanese only) and discover the underground world of Tokyo. 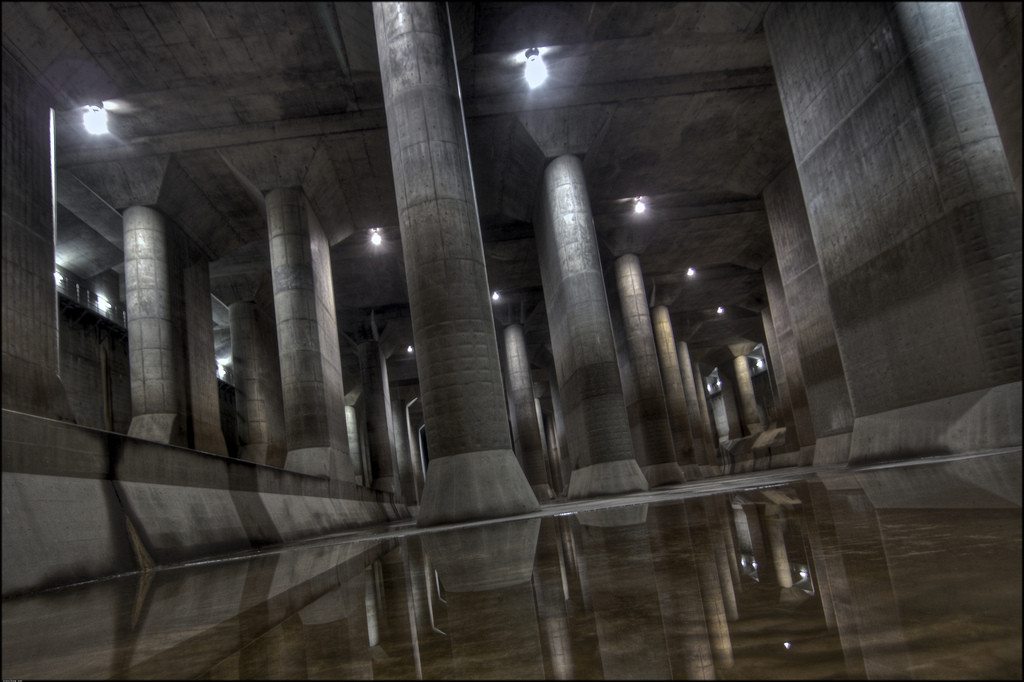 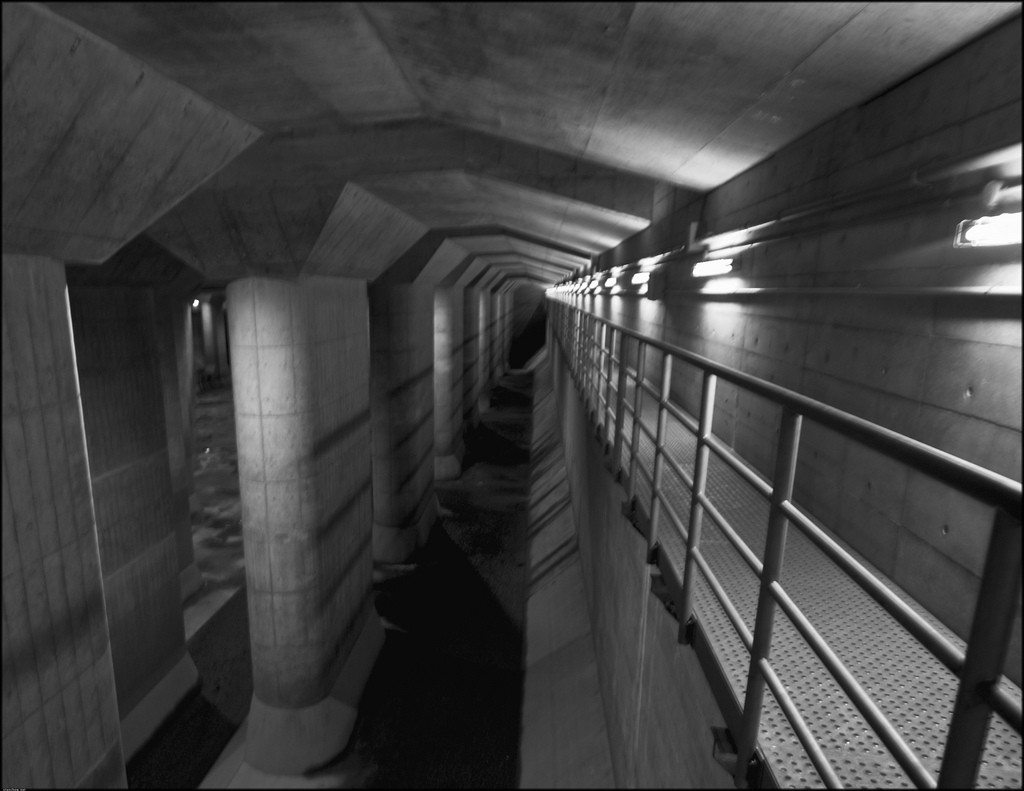 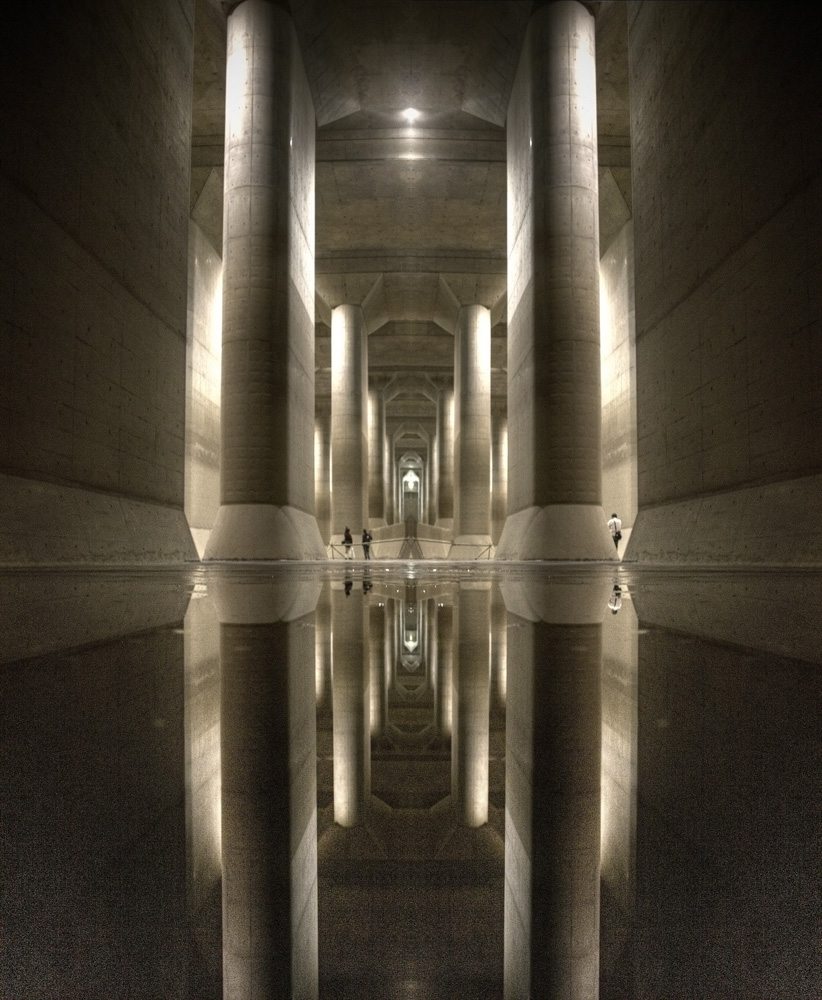