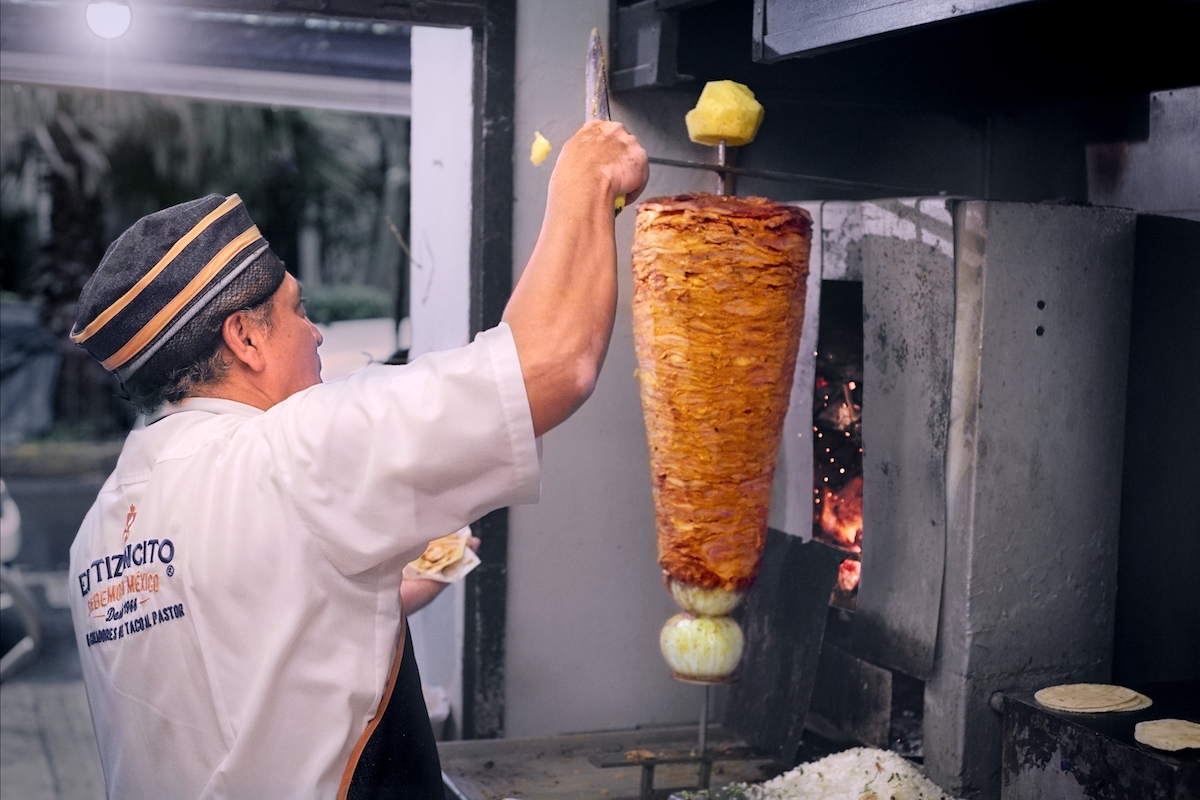 An Unmissable Of The Mexican Cuisine: The Taco al Pastor

There is no food more representative of the Mexican cuisine than a taco, a folded tortilla containing a variety of ingredients. There are an infinity of combinations that you can eat in every moment of the day, from breakfast to dinner, standing at the corner of a street, in a taqueria or in a fine dining restaurant. The best? You only need your hands to savor it. A taco is not only a delicious Mexican meal, it is also a way of eating.

I went full immersion into the Mexican cuisine in El Tizoncito, one of the oldest taquerias in Mexico City, to speak about one of the Mexican’s favorite taco: the Taco al Pastor. And what could be better than speaking directly with the master hands of the taqueria that invented el Taco al Pastor?

Juan Carlos Castro Torres has been working in El Tizoncito for more than ten years. He learned how to cook from his father, as a family tradition, as he was too a taquero. At only 15 years old, he started learning how to prepare tacos. He is today an expert in preparing Tacos al Pastor. 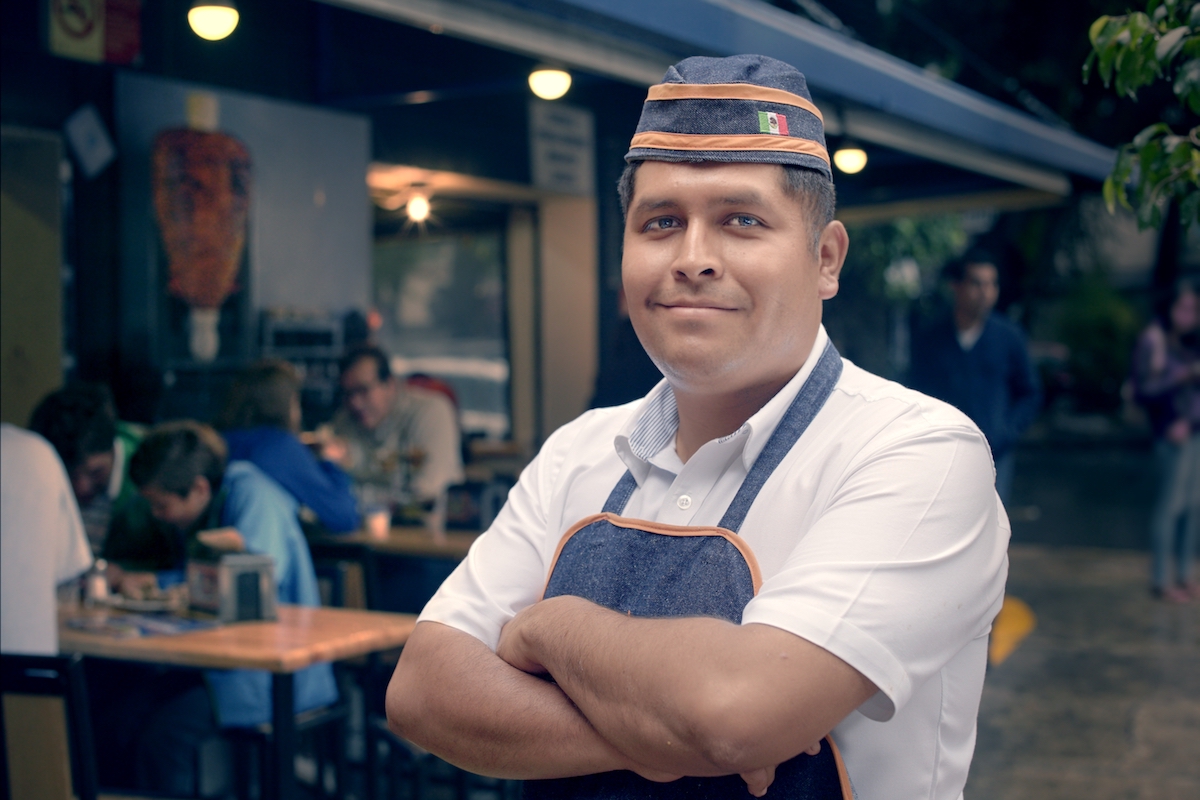 What is a Taco al Pastor? How do you prepare and serve it?

The Taco al Pastor is marinated pork meat, served over a tortilla, usually topped with onion, coriander, pineapple and a special salsa. To prepare it, the taquero will slice the meat. Then, he will add the marinade, also known as the pastor, prepared with the recipe of the house. Once marinated he will let the meat rest.

The slices of meat are stacked vertically over onions, holding the slices from the bottom and a piece of pineapple placed at the top. This assembly is called: El Trompo.

El Trompo will spin in front of a vertical oven with flaming coal, cooking the meat from the outside in. The taquero will start slicing up the cooked meat directly onto the tortilla, add chopped onion, coriander and catch a piece of pineapple sliced from the top. He will finally add the special sweet and spicy salsa. 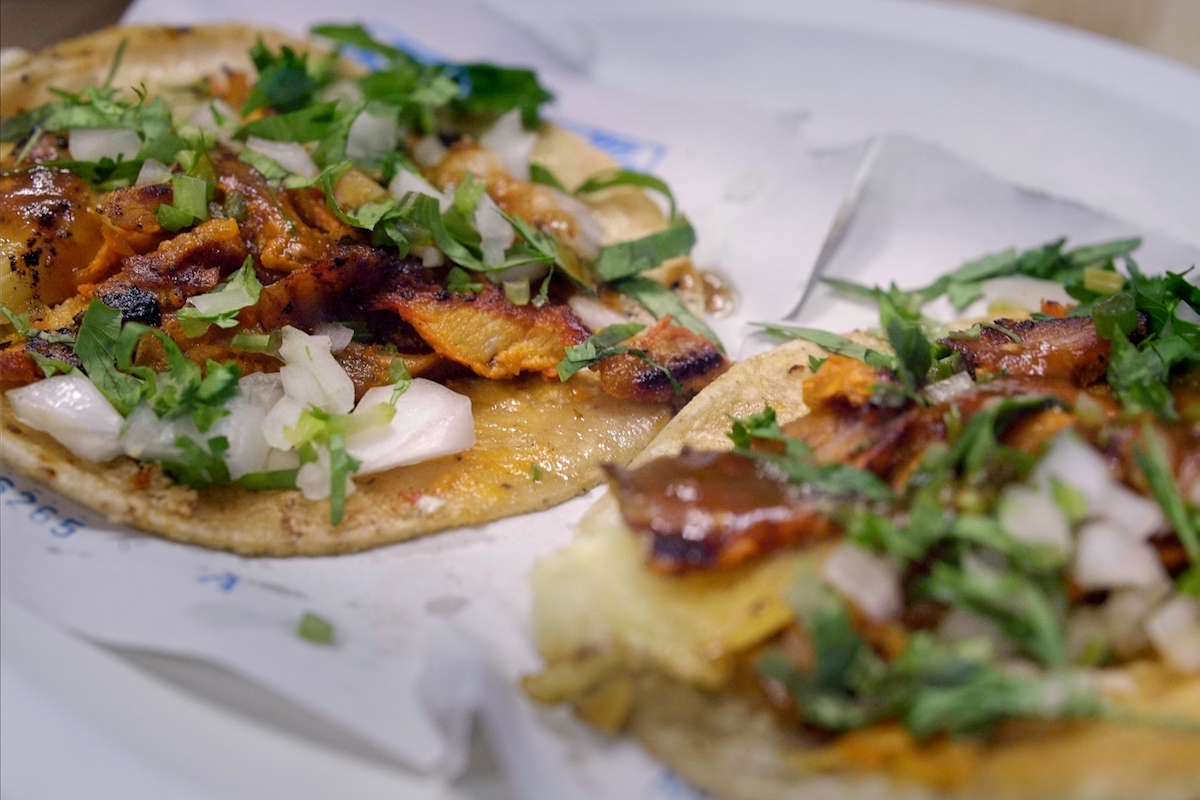 When was the Taco al Pastor invented?

It was invented in 1966, when the taqueria opened. The place was established as a family restaurant by the mother of the current owners, Doña Conchita.

How did she create this recipe?
Doña Conchita, was a woman who liked to cook and travel. The Taco al Pastor is an adaptation of the Arabic taco: Shawarma. She changed it using a vertical oven with coal, a different meat and by cooking it into a marinade. She also added the onions on the bottom of the Trompo and the pineapple on the top.

How is it different from other tacos?

The marinade is different from all other tacos, as well as the combination of ingredients. You will also find differences depending on where you eat it, even being “the same taco”. The art of our Taco al Pastor is in the way we cut and add the pineapple to it. If you go to another taqueria or to eat them in the street, they don’t serve it in the same way we do. El Tizoncito is the school, the inventor of the Taco al Pastor. Another factor making it different is the coal, giving our taco a distinctive flavor.

When do you eat a Taco al Pastor? Who eats it?

At any time. Children, grandparents, foreigners, everyone! People even come in the early mornings around 2 or 3 am to eat a Taco al Pastor.

Why should someone coming to Mexico try a Taco al Pastor?

Because it is traditional, it is something cultural. It is as if a tourist came to Mexico City and didn’t visit El Zocalo. It is part of Mexico.

What else from the menu do you recommend?
You have to try something with chili that is spicy. Or even other varieties of the Taco al Pastor, like a Taco Dorado or a Gringa which is a flour tortilla with cheese and pastor. But, you can’t come and leave without eating a Taco al Pastor, you will not regret trying it!

*All photos copyright of Marion Mikolajczyk