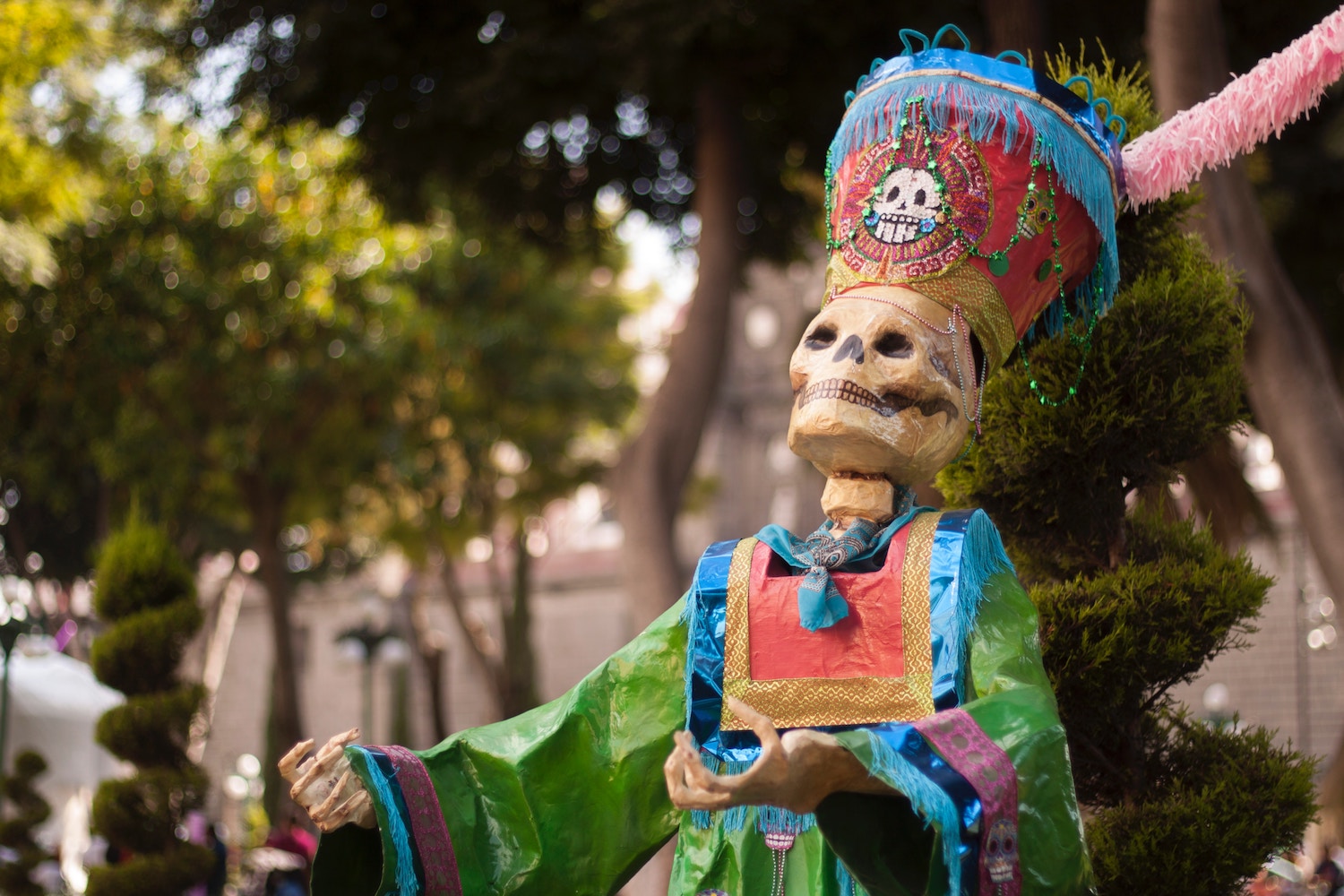 5 Different Halloween Celebrations From Around The World

With Halloween–one of our favourite holidays of the year–being right around the corner, we wanted to take a look at different Halloween traditions from around the world and what they do differently to the Halloween we know and love.

First on our list is the Dia de los Muertos or Day of the Dead Festival. Typically celebrated in Mexico and other Latin-American countries, the Dia de los Muertos (also known as All Souls Day) is designed to honour the departed loved ones of family and friends. People from all over gather in a happy celebration, starting on October 31st and lasting for 3 whole days. Alters of brightly coloured flowers and painted skulls, candy, photographs, and even samples of the deceased’s favourite food and drink are constructed and placed in front of family homes as a sign of respect. It’s also very common to see gravesites cleaned and families gathered around the sites to share a picnic, sometimes even complete with tequila and a mariachi band. If you’re in the area it’s a definite must-see!

China’s Halloween tradition is similar to Latin America’s remembrance of departed relatives and friends, but is usually a little more of a somber-yet-still-beautiful occasion. Friends and family who have lost someone will usually display water in front of a photograph of the departed. At the same time, bonfires and lanterns are being lit to help guide the spirits of their loved ones on the right path. Another practice you will see here is the burning of the ‘boats of the law’ by buddhist worshipers, said to free the ‘pretas’ or soul of a spirit who died from an accident or not by natural means, which is a beautiful ceremony to witness.

The Chusok Festival in Korea is the closest equivalent to popular holiday we celebrate in October, however the Korean people celebrate this tradition in the middle of August. Each year, people are to gather at the gravesites of their loved ones in order to give thanks for (quite literally) the fruits of their labour, by leaving gifts of rice and fruit on the gravestones. In this celebration they are following in the footsteps of their ‘neighbours’ in China and Japan, which you’ll hear more about below.

Known to be the birthplace of the Halloween we celebrate today, the Irish spare no expense when joining in with the Halloween festivities. Aside from the traditional trick-or-treating we know and love, the Irish also partake in other traditions like playing Snap-Apple–a variation of bobbing for apples without of a bucket of water– and you try and take a bite while it’s suspended in a doorframe, Knock-a-Dolly–a kid’s version of Nicky Nicky 9 door–where you ring your neighbours doorbell and run away before they open, and eating Barnbrack–a traditional fruitcake with a hidden treat inside. All in all, in you’re travelling around Halloween and you get a little hoomesick, head over to Ireland and you’ll feel right at home.

Very similar to China’s Teng Chieh, the Obon Festival in Japan–also known as Matsuri or Urabon–celebrates the spirits of the people’s ancestors. Special foods are eaten, lanterns are placed everywhere and then set to float out to sea; one of the most beautiful sites to see. It’s believed that Obon is the one time a year when the departed spirits can return to their birthplaces to find peace and comfort. This festival, like the Chusok Festival in Korea, usually takes place in July or August instead on October, but is well worth a visit.

Can you think of any other awesome celebrations we missed? Share in the comments below!