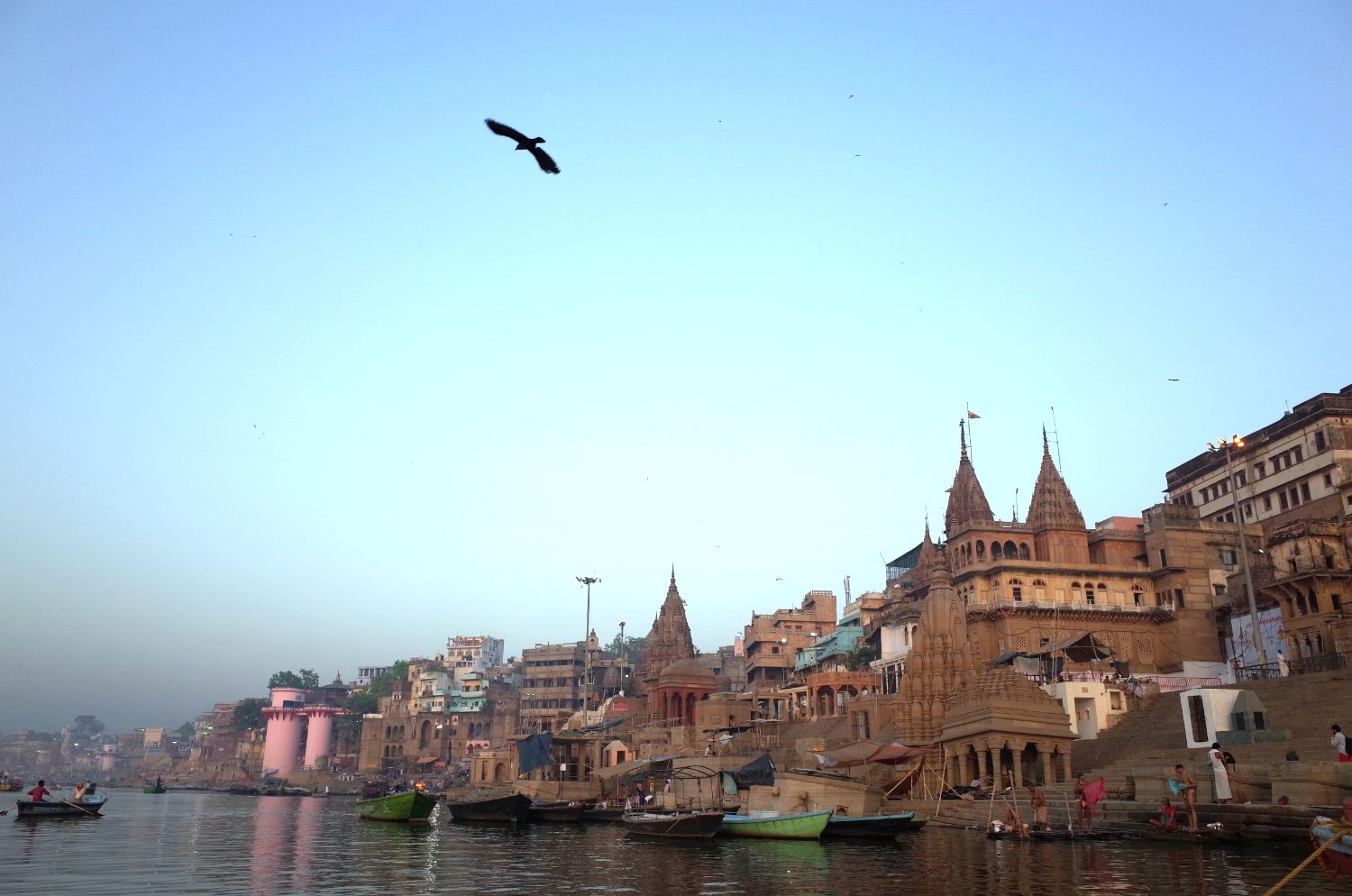 The Secret of Varanasi, India

Over the past seven years, Ravi Sahni has lead curious travelers and enlightenment seekers from all over the world through the corridors, temples and hidden corners of Varanasi life.

“(Varanasi) has been a center of education, languages, yoga, music and culture since ancient times,” says Ravi. “I wish people who come here, must seriously try to understand the culture of India.”

As one of the oldest inhabited cities dating back to 1800 BC, his youthful earnestness is felt through his tranquil, yet passionate descriptions of architectural detail, the daily rituals of local life and etiquette for approaching sacred grounds. He enjoys sharing anecdotes about Lord Shiva and Shakti and explains the significance of his beliefs throughout every detail of life over a cup of Chai. 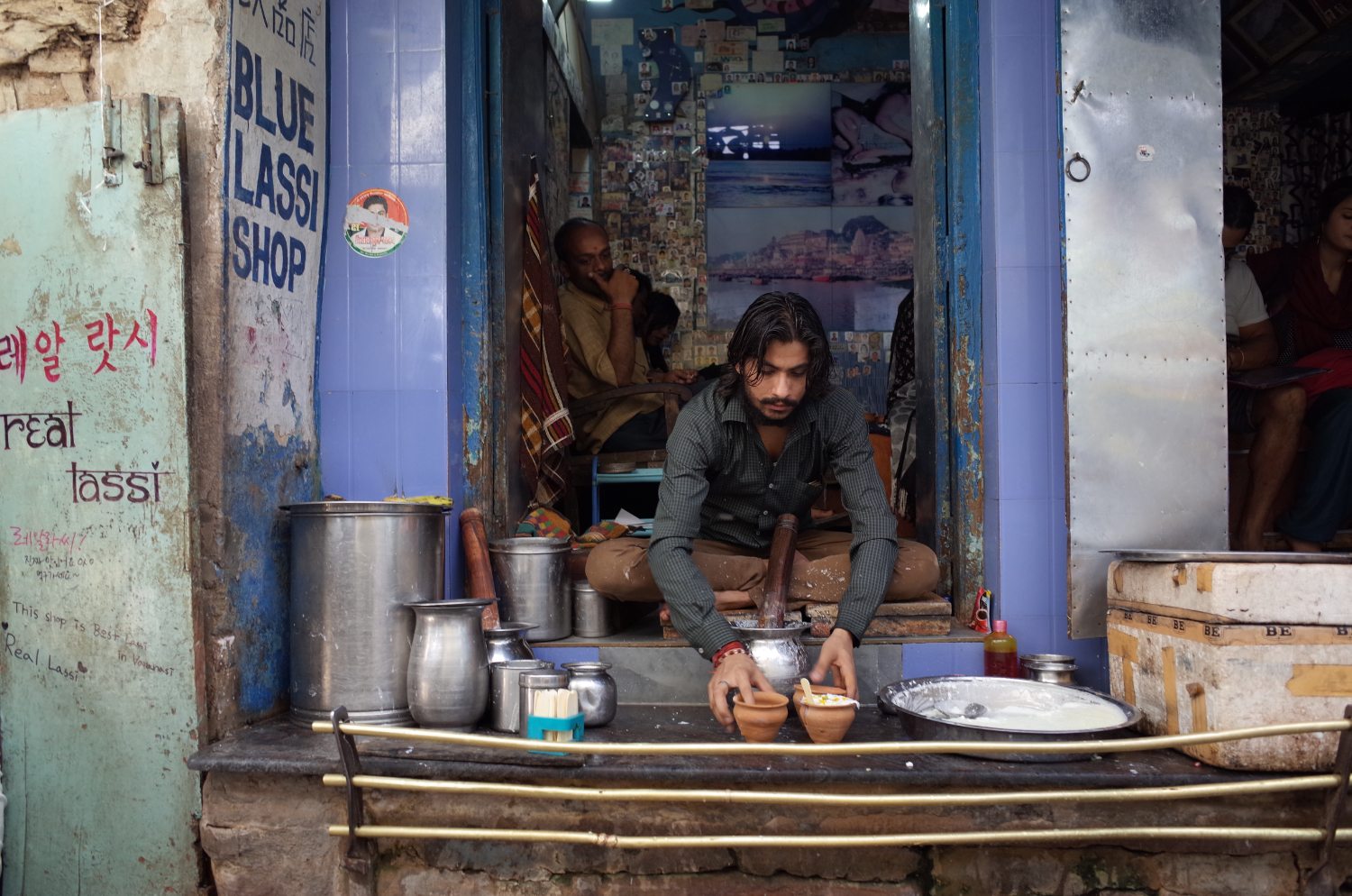 “Many guests think all the rituals happening in the temples or at the evening ceremony at the river are not real or expressed by the heart and soul,” he says. “I do understand that as they (travelers) are not practicing the same religion, they may not be able to relate to the rituals as easily, but they should understand that a civilization that has been in existence since the beginning of the Universe, must be surviving on the basis of an important philosophy.”

He’s commenting on the thousands of devotees that flood the shores of the Ganges each night for the ritual known as Aarti. This lively, colorful exhibition of faith has a festival-like atmosphere that for many visitors seems surreal. Questions like “how could this level of devotional commitment happen every night?” are common. Ravi makes sure his guests immerse themselves as much as possible, as foreigners are encouraged to participate by releasing offerings into the river and taking a blessing. 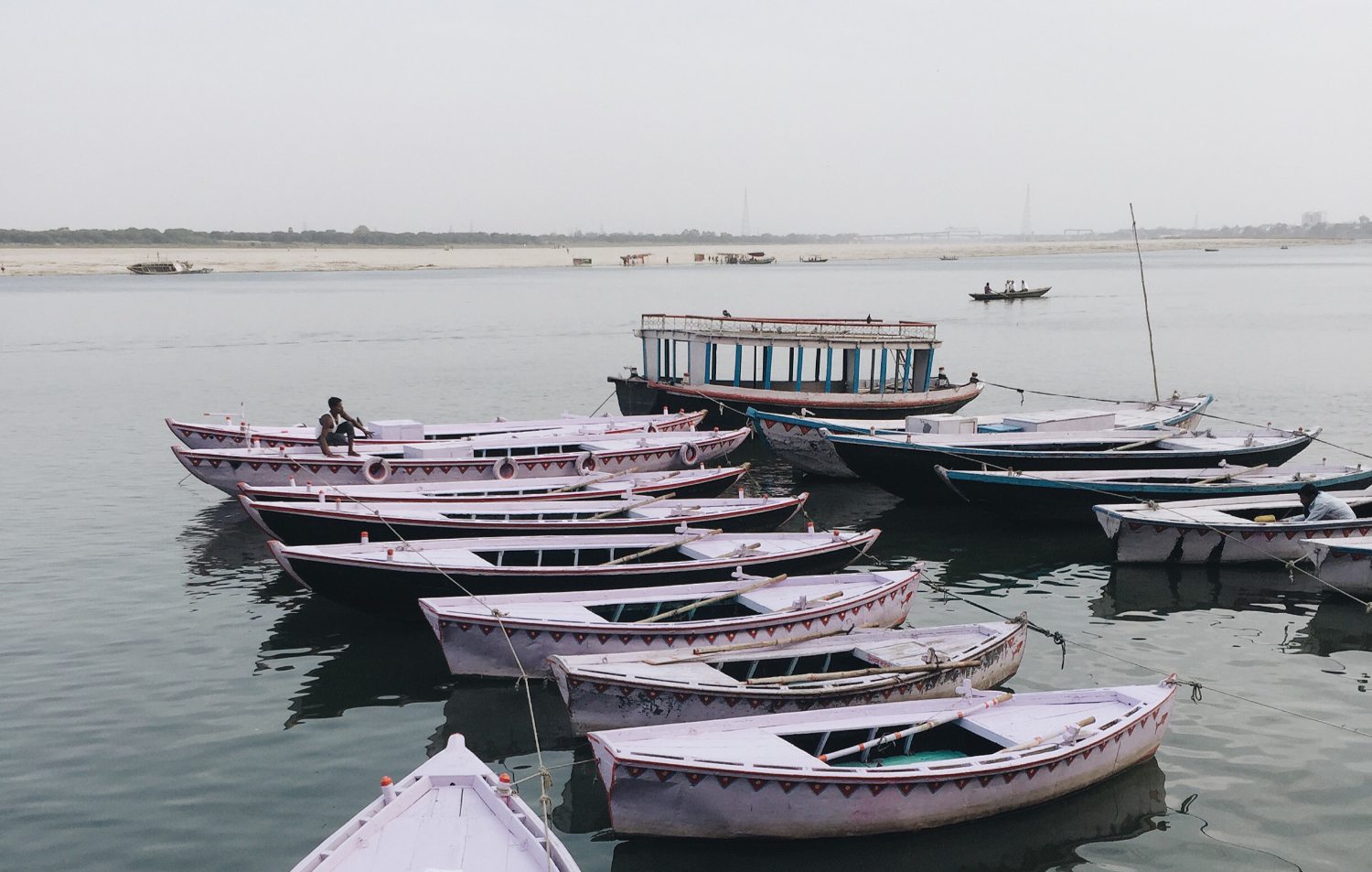 But one of Varanasi’s most misunderstood and alluring rituals is the cremation of bodies at the ghats along the river. Running 24hrs a day, seven days a week, the Hindu believe that if a deceased’s ashes are laid in the Ganges at Varanasi, their soul will be transported to heaven and escape the cycle of rebirth. Photographing or filming at the cremation ghats is considered extremely disrespectful and an interruption to the spiritual transformation.

“By not taking any pictures, one can easily visit cremation grounds but what’s important is to lose the fear of physical death and accept that philosophy that we are not just the bones and flesh that is visible from outside,” explains Ravi. “Visiting the cremation grounds is not at all a negative ritual, so just keeping your camera switched off is enough to show respect.” 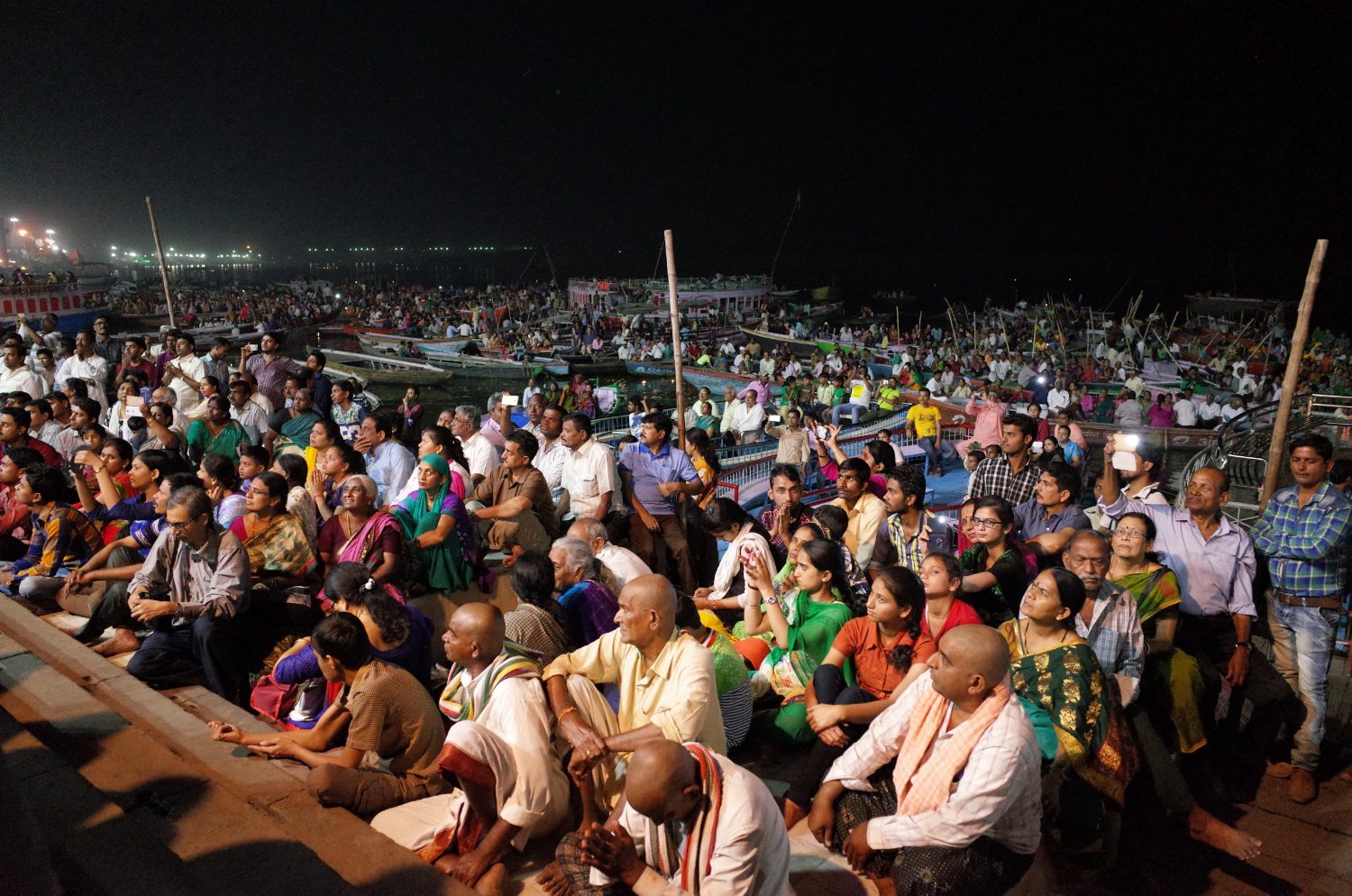 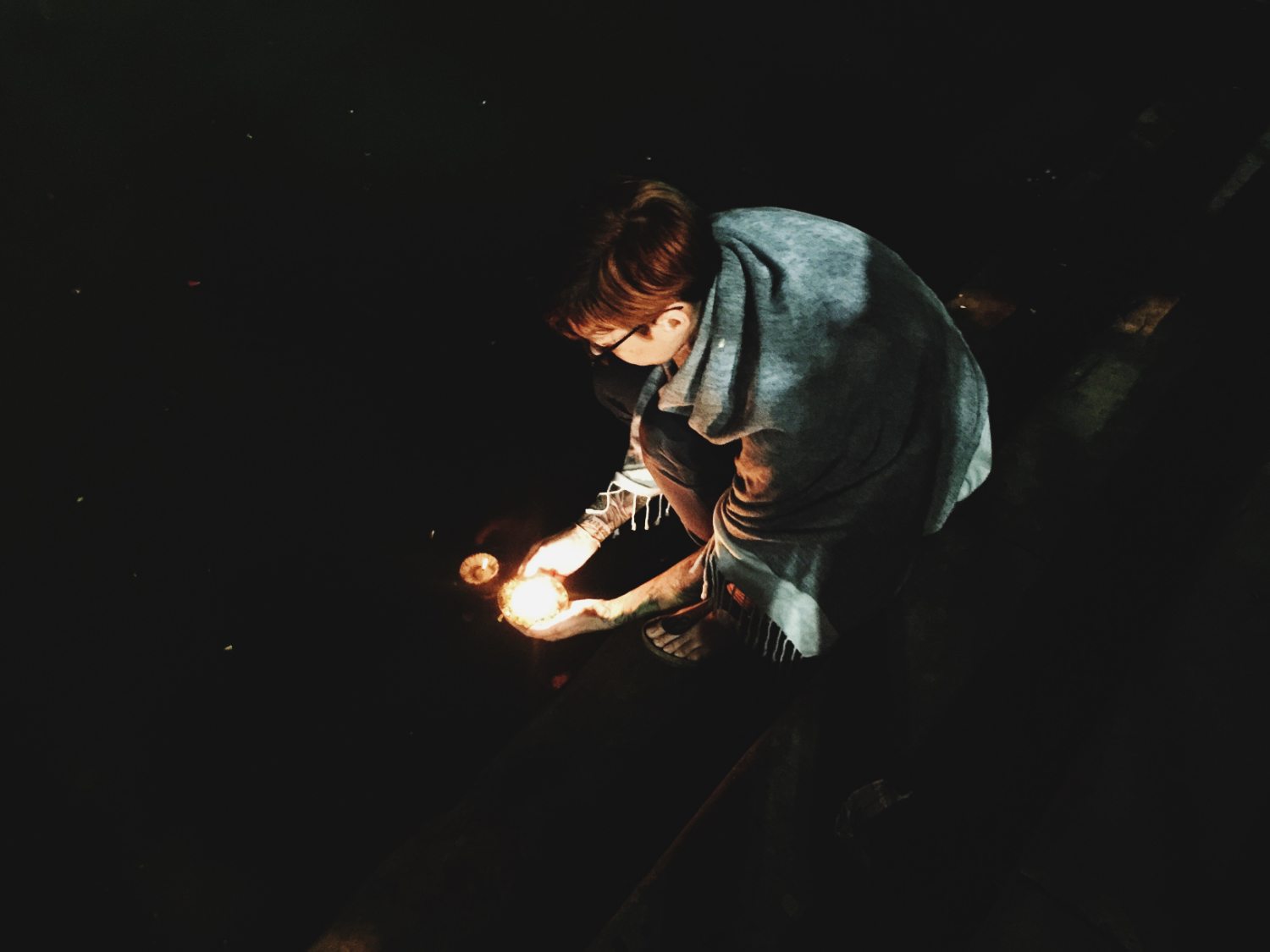 He leads visitors to vantage points around the cremation ghats where he explains the significance of each person’s role in the ceremony, the treatment of the body and the process of cremation. There is a steady stream of bodies being lead to the river and nothing is hidden from view. Human remains are stirred among the fiery hot coals as waves of heat and ash drift along the shore and engulf onlookers. It nearly impossible to walk away from the scene without some consideration of your own mortality — a strangely peaceful experience.

While Varanasi attracts throngs spiritual seekers to the shores the Ganges, the narrow corridors of the old city are bustling with everyday life. Thousands of tiny shops, flower vendors, honking horns, wandering cows and the chatter of school children pulse along these ancient arteries. 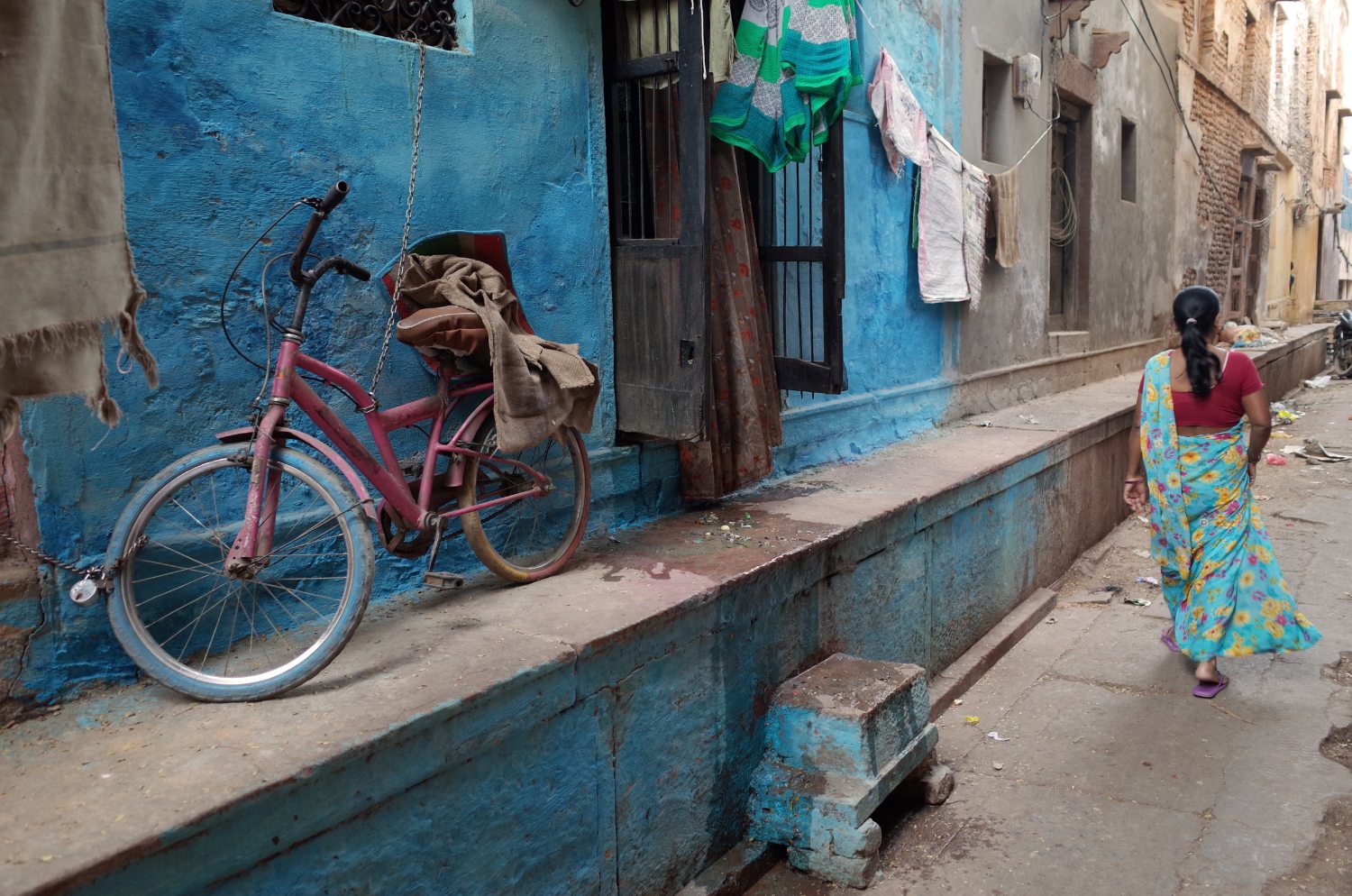 When asked about what he most enjoys about his city, “it is carefree and life is full of spirit in the city with my friends,” says Ravi, as we walk past some young boys practicing cricket in a narrow corridor. But he acknowledges that Varanasi isn’t without its challenges as well. “Bad road quality, electricity problems and careless approach from the locals and civic authority to keep my city clean, is my biggest concern,” he explains.

After a day with Ravi, the ancient mysteries of Varanasi take on a new meaning. No longer does one feel “outside” of the experience of this holy place, but more like an active participant in the flow of life as a whole. The parade of bodies, sacred cows, and streams of mopeds all sharing the same earthly existence, help you to feel just a little more in touch with the secrets of the universe. 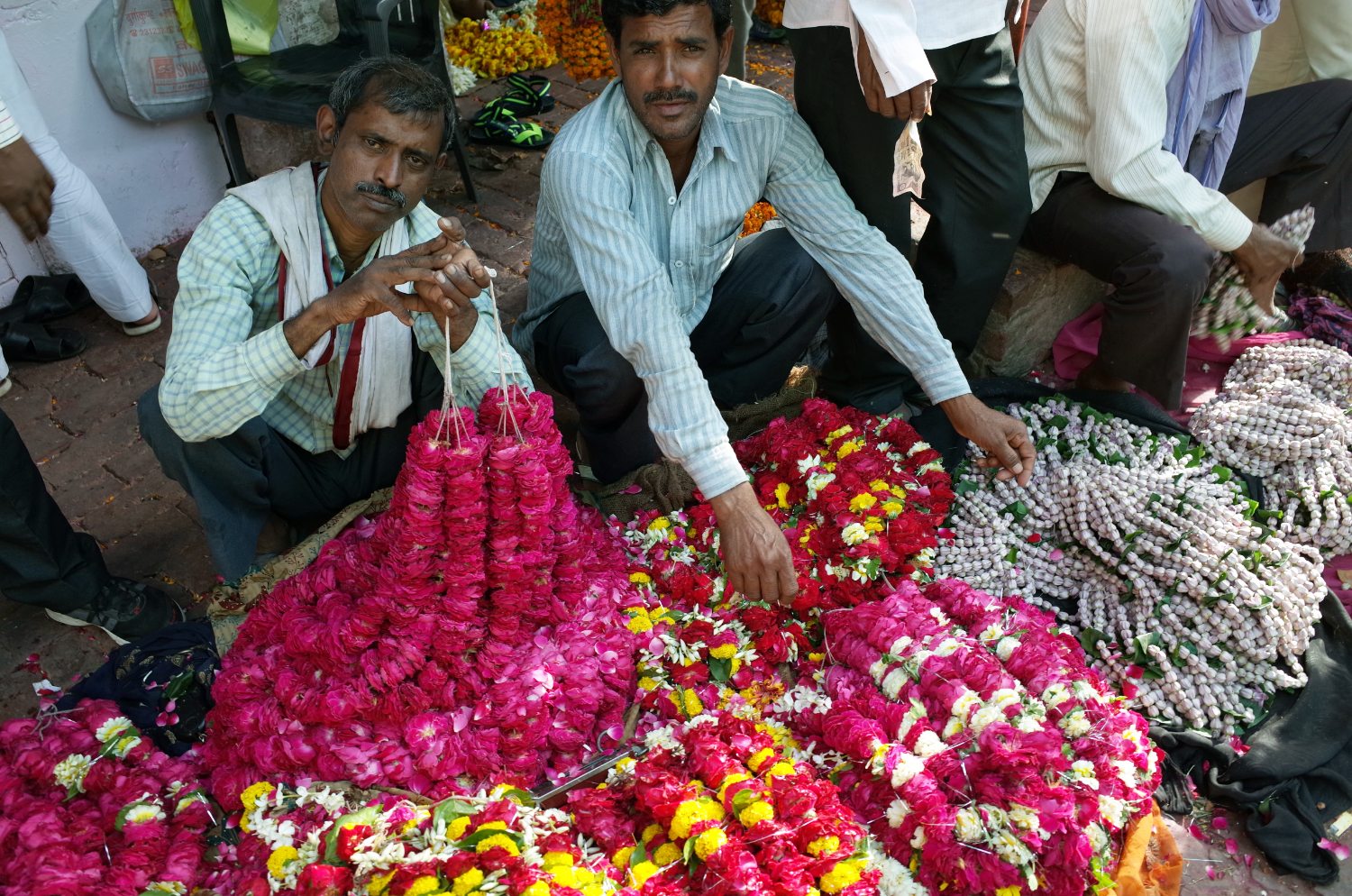 To book a walking tour with Ravi, contact Mr. Harish at:

Sarah is a professional adventurer, travel writer, and creative agency owner. When she is not in Vancouver running a youth-centred digital agency called Make, she can be found tromping through the mountains of East Africa or blasting through Argentinian roads on her motorbike.