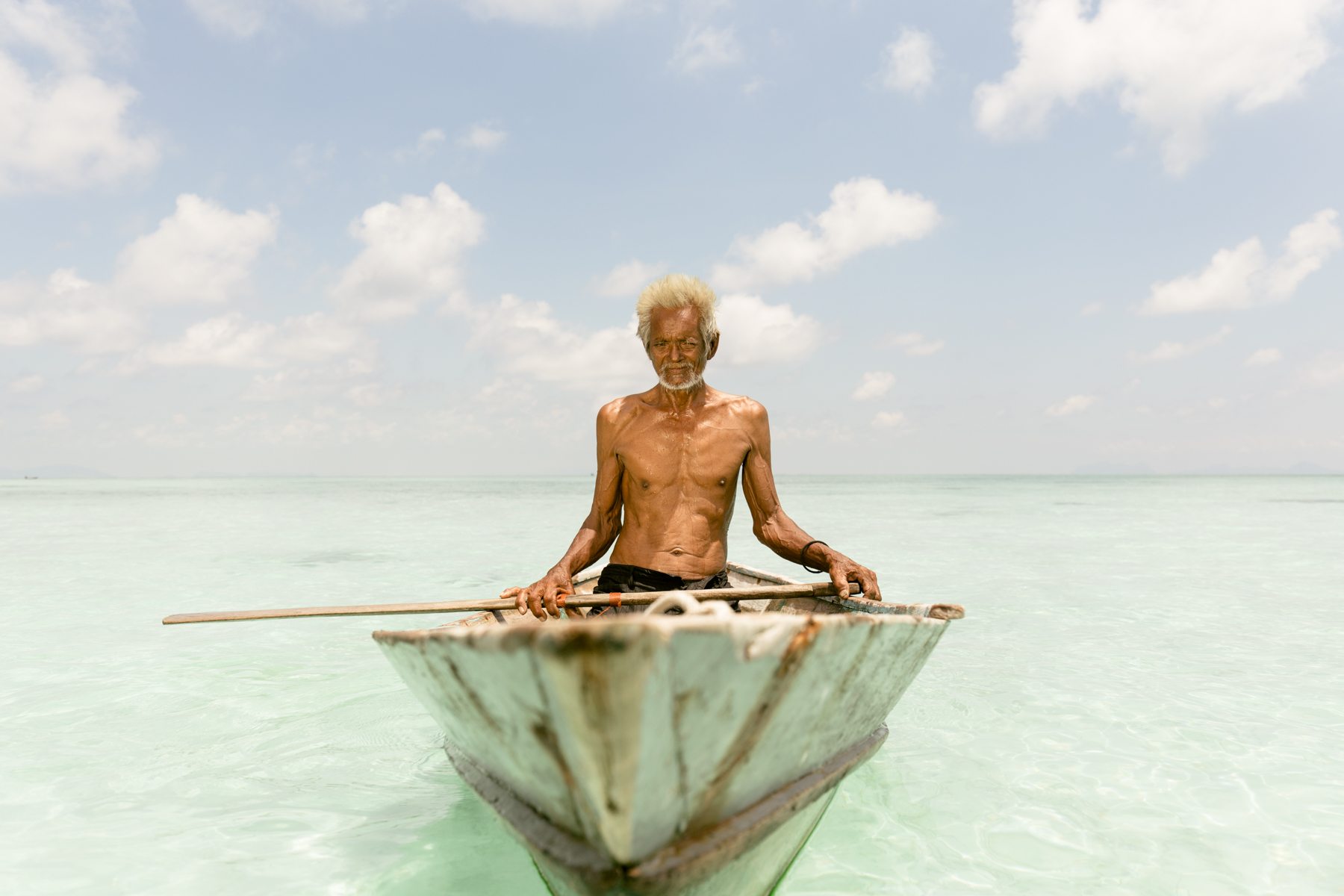 The Curious Story of The Sea Gypsies of Borneo

Borneo, best known for it’s pristine beaches and ancient, biodiversity-rich rainforests including orangutans and clouded leopards, is also home to a unique community of stateless citizens who are born, live and die at sea. Recently Mark Lehn, a Vancouver-born Western Australia-based photographer, visited the Sabah region of Borneo to capture a unique community of Sea Gypsies known as Bajau Laut.

Traditionally, these boat-dwelling nomadic groups, known more broadly as Sama-Bajau, are from the many islands of the Sulu Archipelago in the Philippines. Many have migrated to the neighboring area in Sabah, Borneo due to the conflict in Muslim Mindanao.

Mark said he has been fascinated with the group in South East Asia for a long time, and with their numbers diminishing he set out to photograph them before he no longer had the opportunity. “There are reduced opportunities to interact with this fascinating and traditional culture, with increasing numbers moving to the mainland to seek work”.

“The Sea Gypsies of Sabah face ongoing instability and continue to seek security for their families. Their close proximity to the Southern Philippines which homes Abu Sayyaf, a Muslim extremist network with international links, has led to an increased presence in the area of Malaysian Military and curfews are being enforced, restricting movements for the Bajau people,” he added.

“The group’s dependence upon marine resources is presenting further challenges, with depleting trade and food sources. There are also outside pressures for cultural assimilation and modernisation, presenting more reasons for many of the local sea gypsies to abandon their culture and lifestyle and move to nearby towns to find work.”

This is a photo essay that Mark has shared with us. You can find a few annotations and to see more photographs, check out Mark Lehn’s website and Instagram profile. 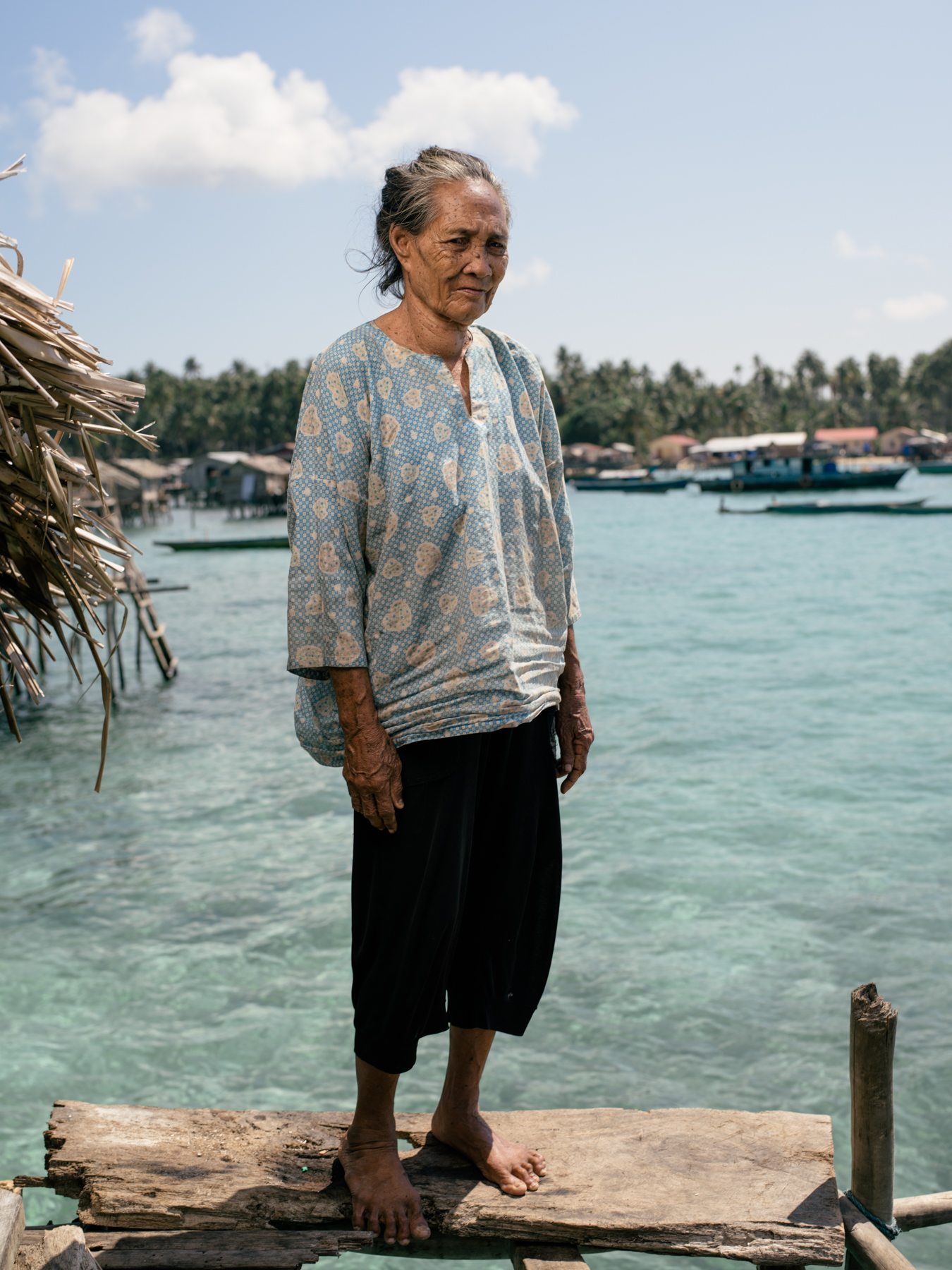 “Ageless women” Sea gypsies are exposed to the elements and live a harsh life. Many do not live to be elderly like Misma, who does not know how old she is. 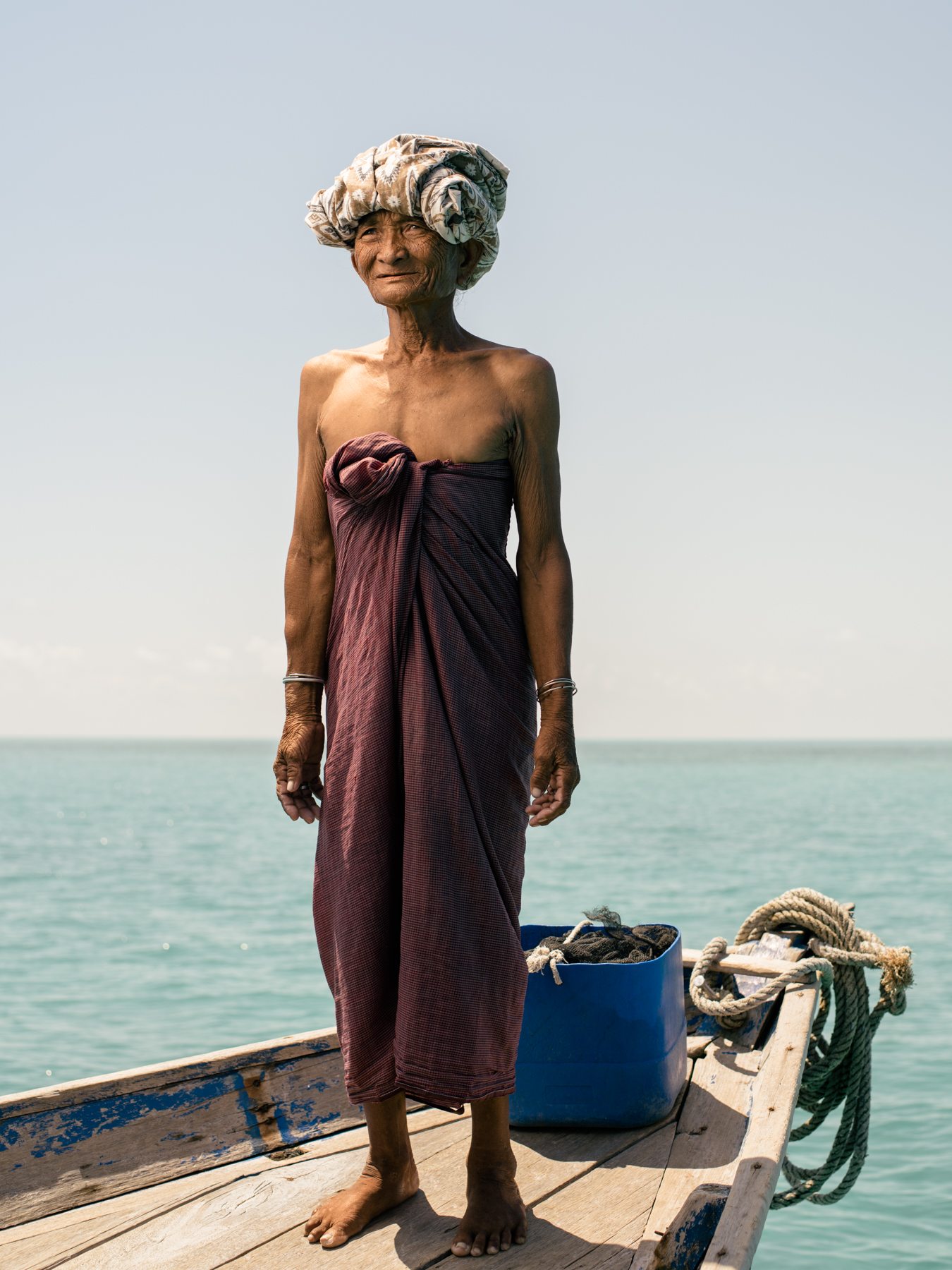 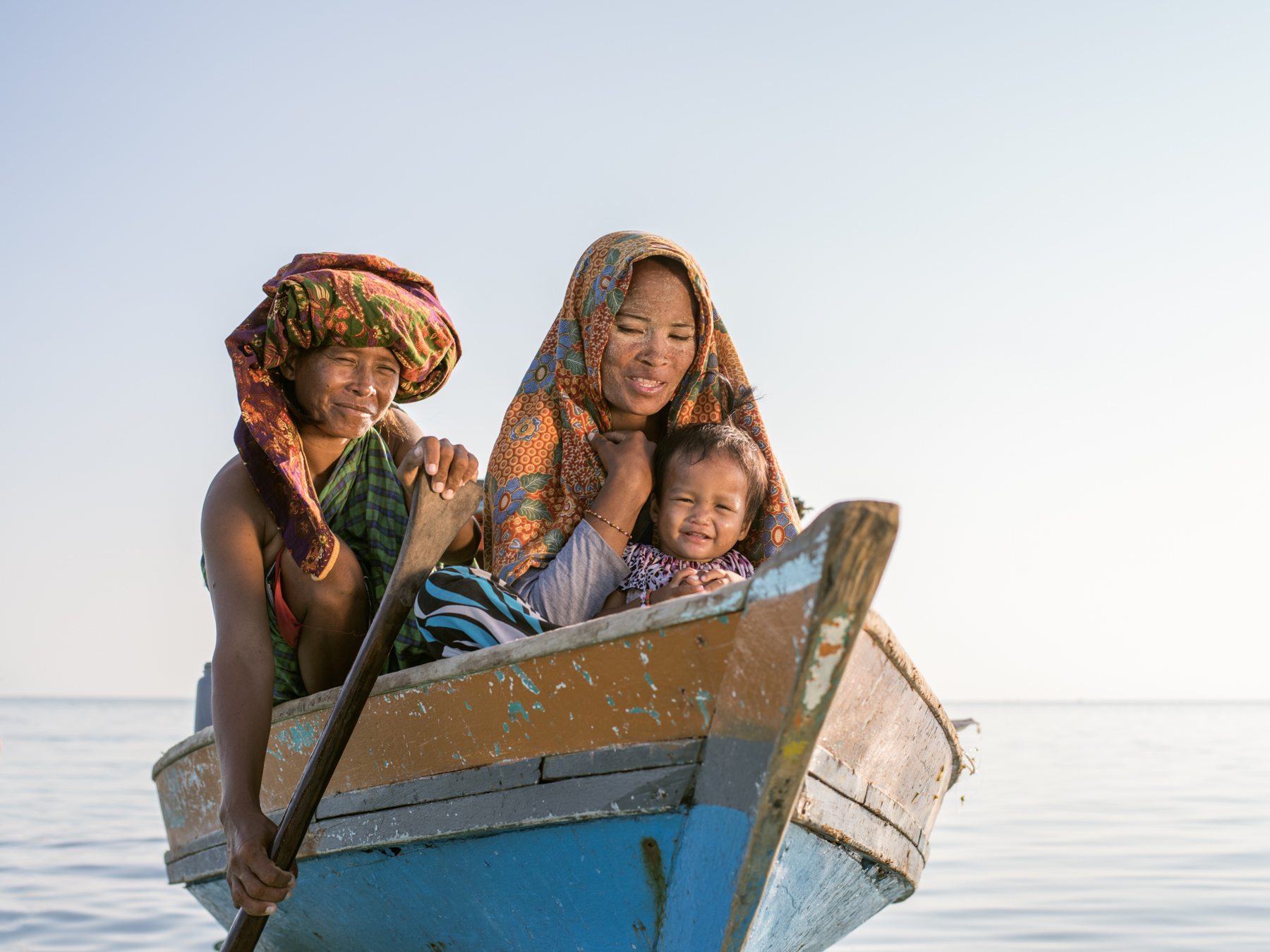 “Sea Gypsy Family” Reducing numbers of Bajau Laut live a traditional life entirely at sea. Families like this one do not have land-based houses but instead live on tiny traditional wooden boats, called Lepa Lepa. 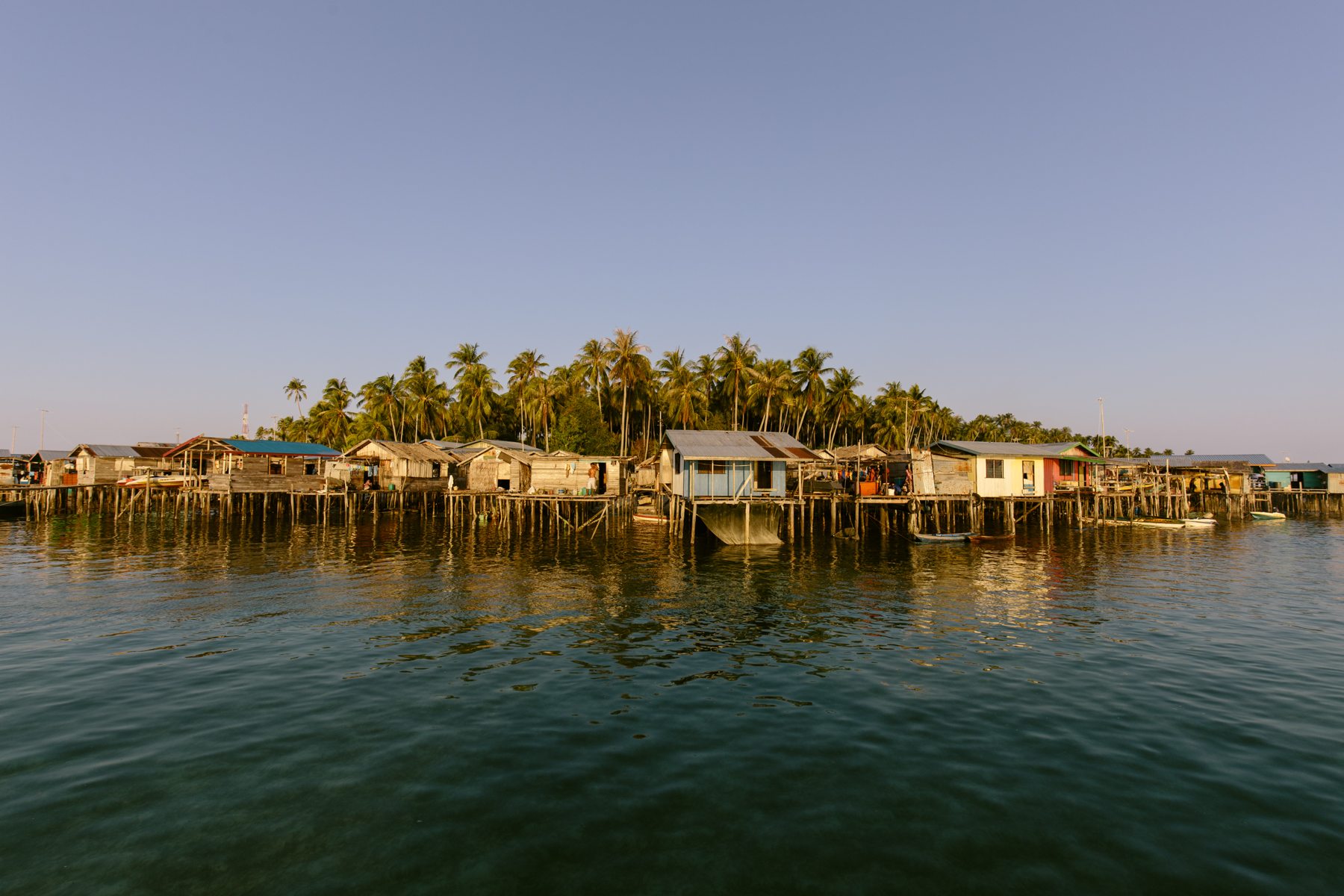 “Villages of stilt houses” Most Bajau Laut today have moved to the islands but they are still strongly connected to the sea. They live in villages of frail stilt houses made from wood and nearby resources over the Celebes Sea. They lack many creature comforts like electricity, gas and running water. Wooden planks between the houses connect their community. 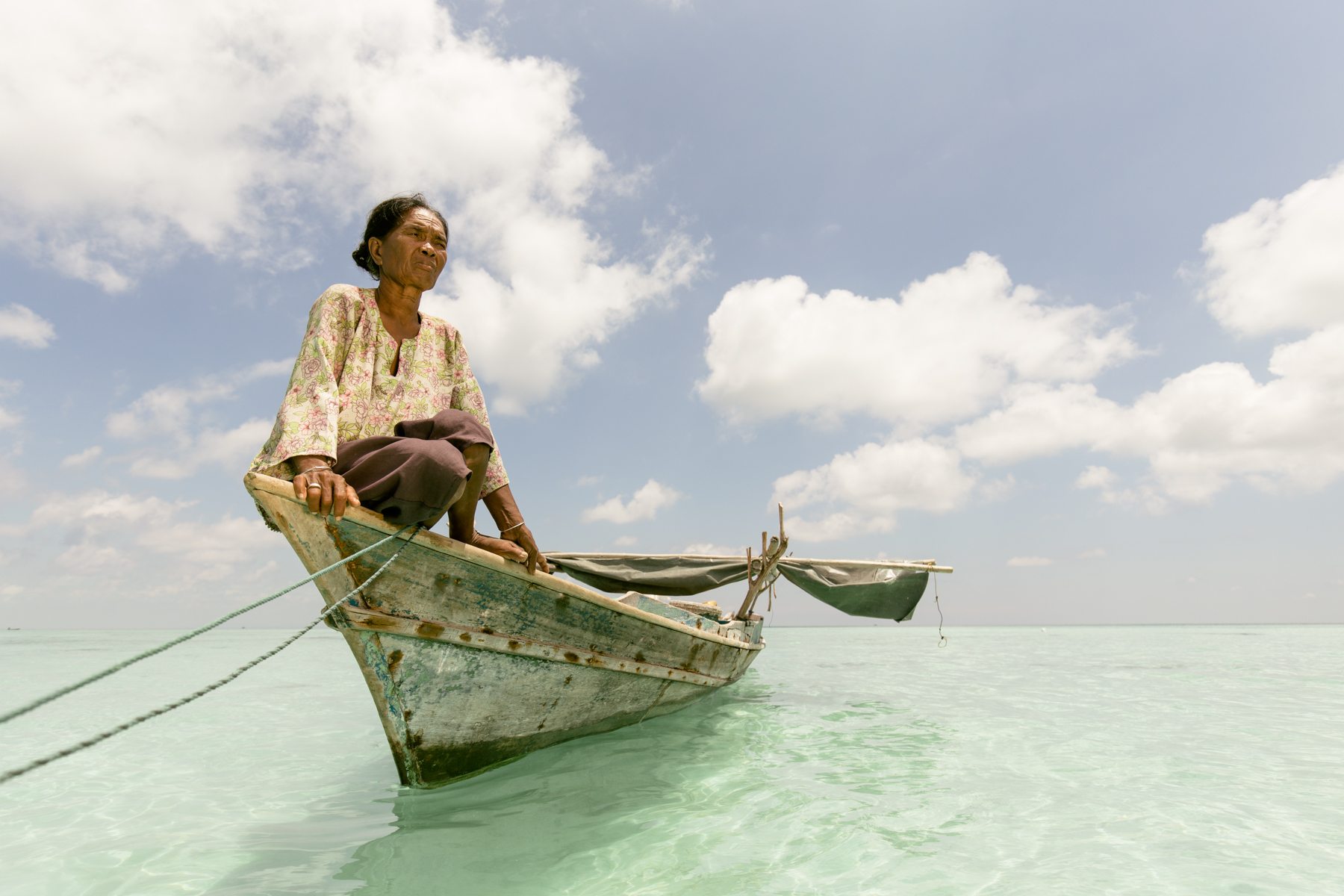 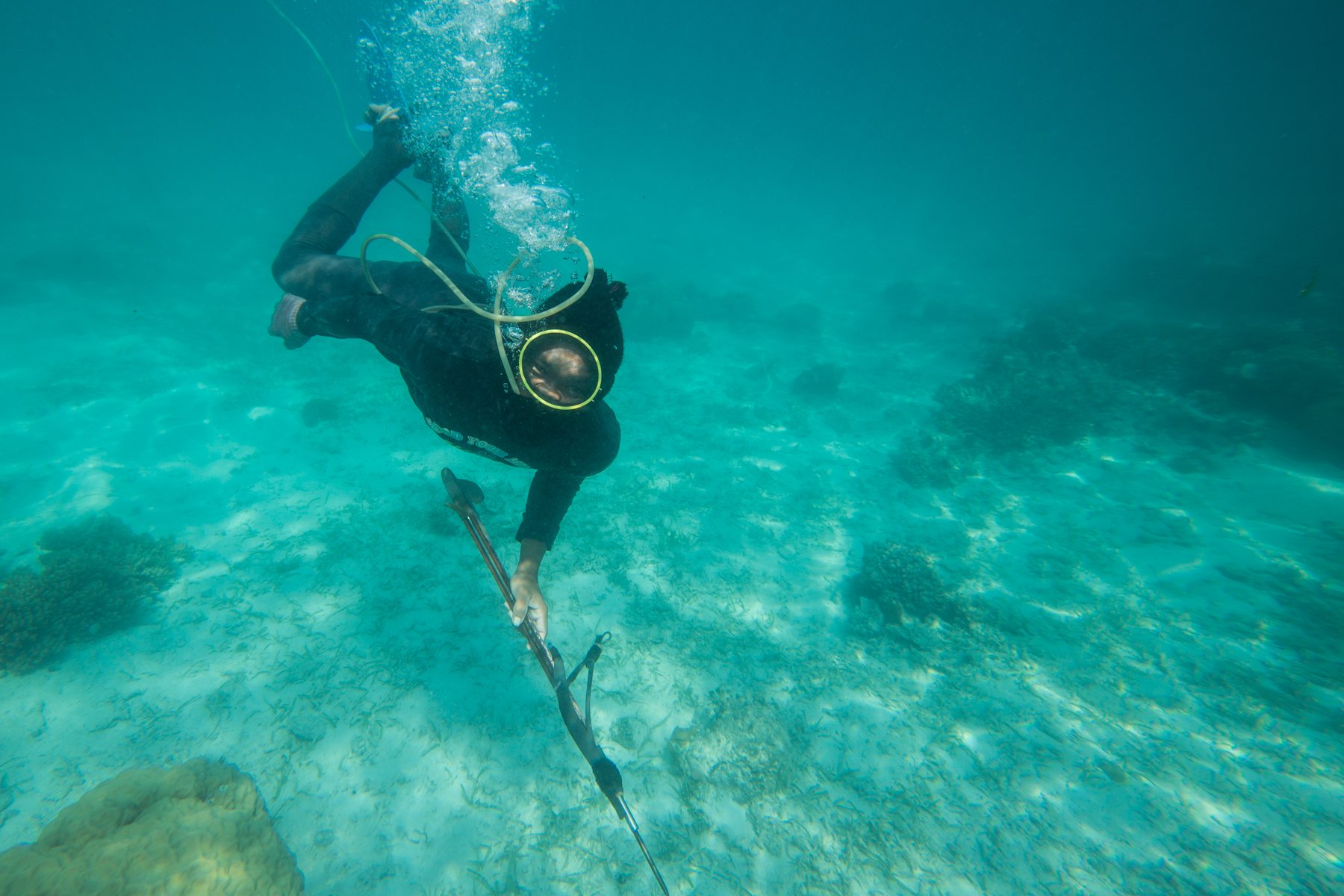 Ask a Bajau Laut what time is best to hunt for fish and they will tell you by the position of the sun. He’s fishing with spearfishing with a compressor. Living their entire lives at sea, the Bajau Laut are also natural free divers. 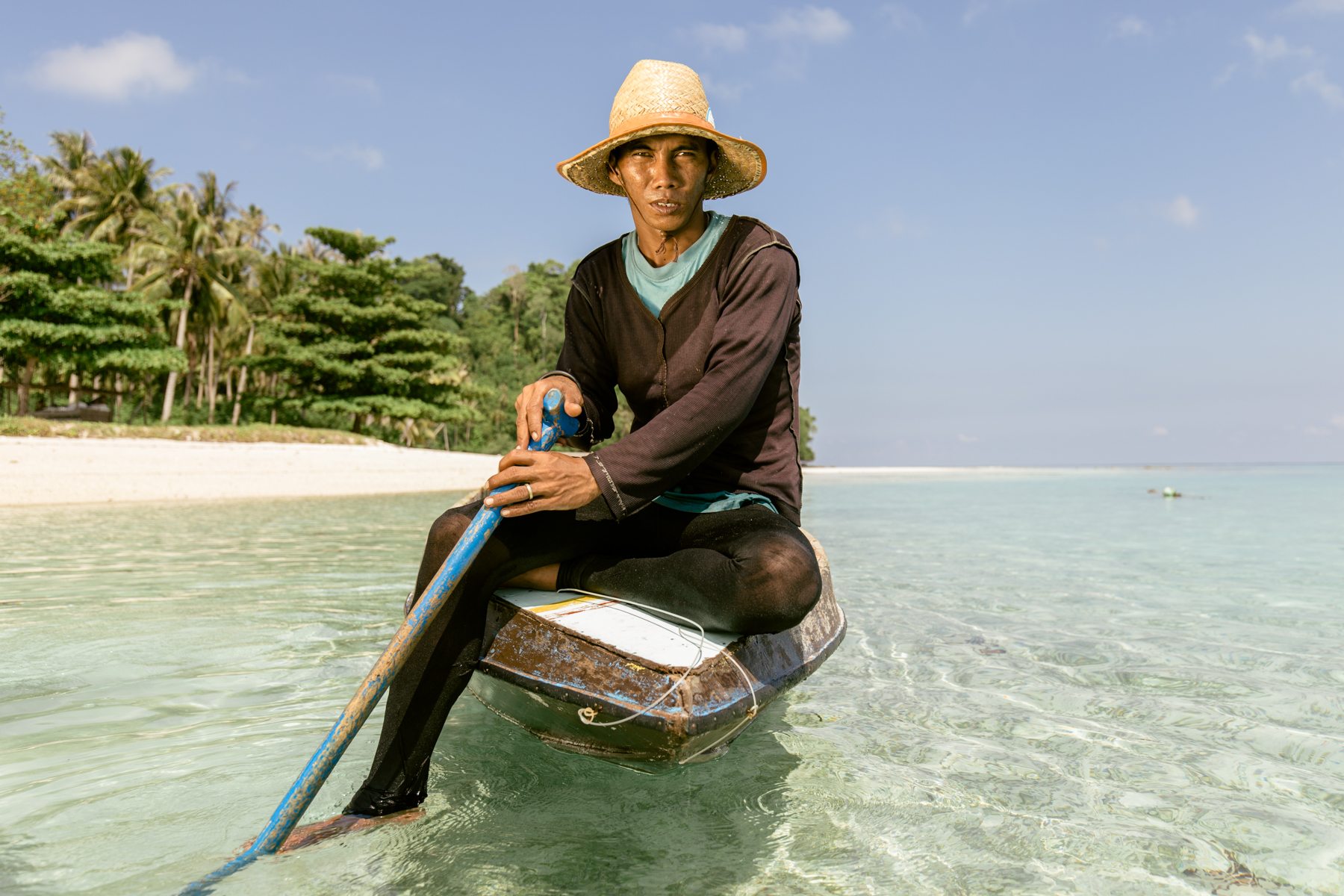 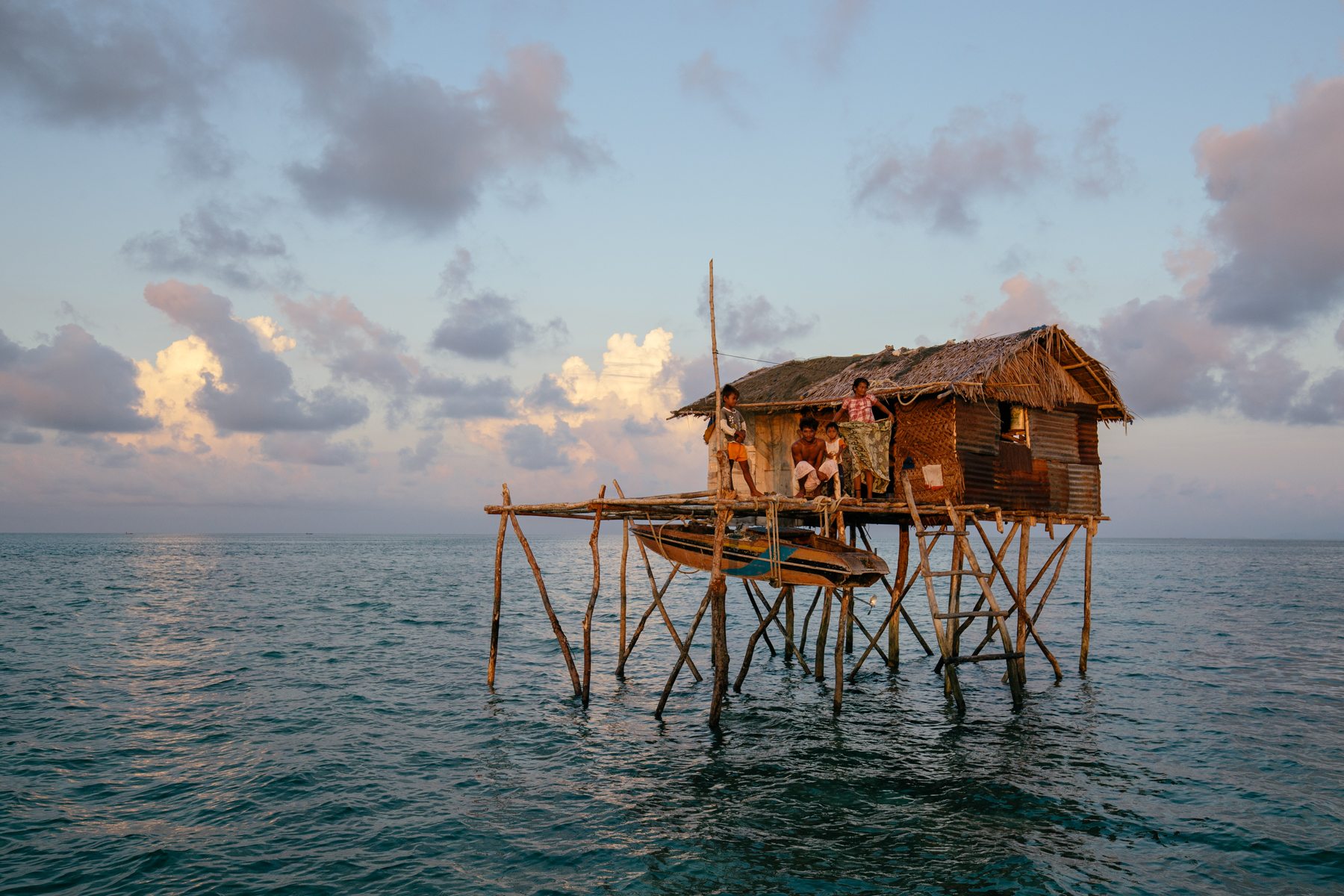 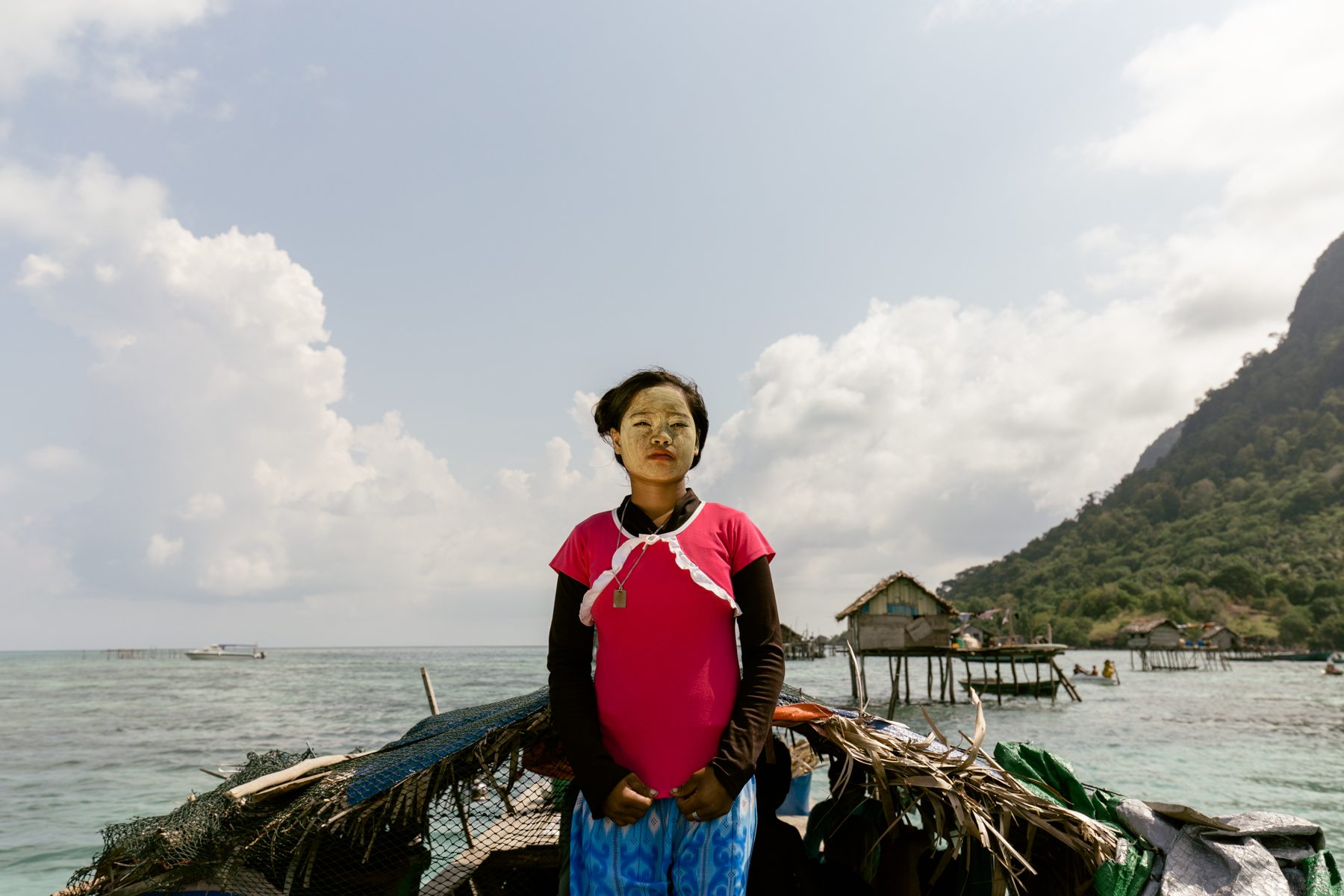 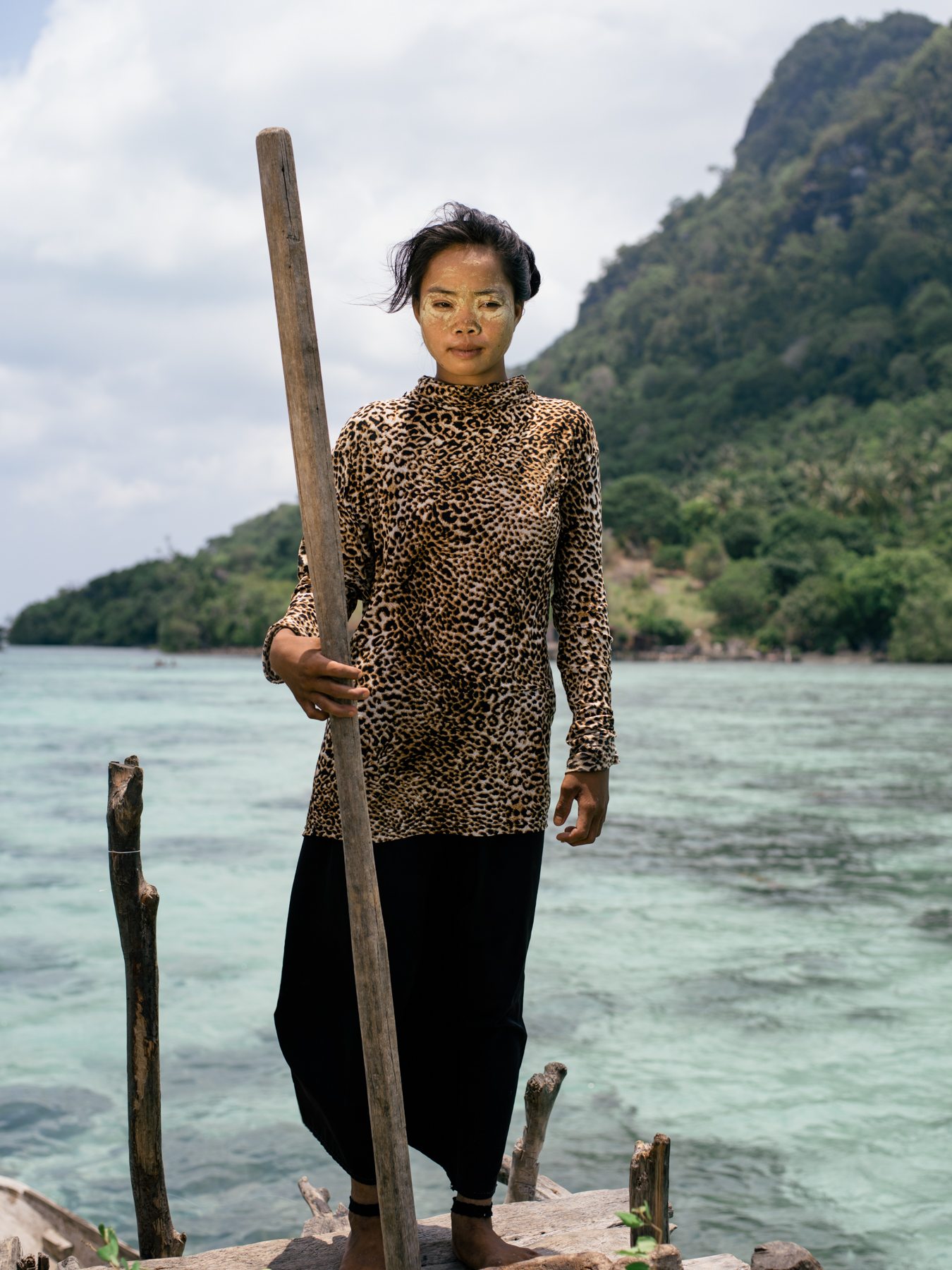 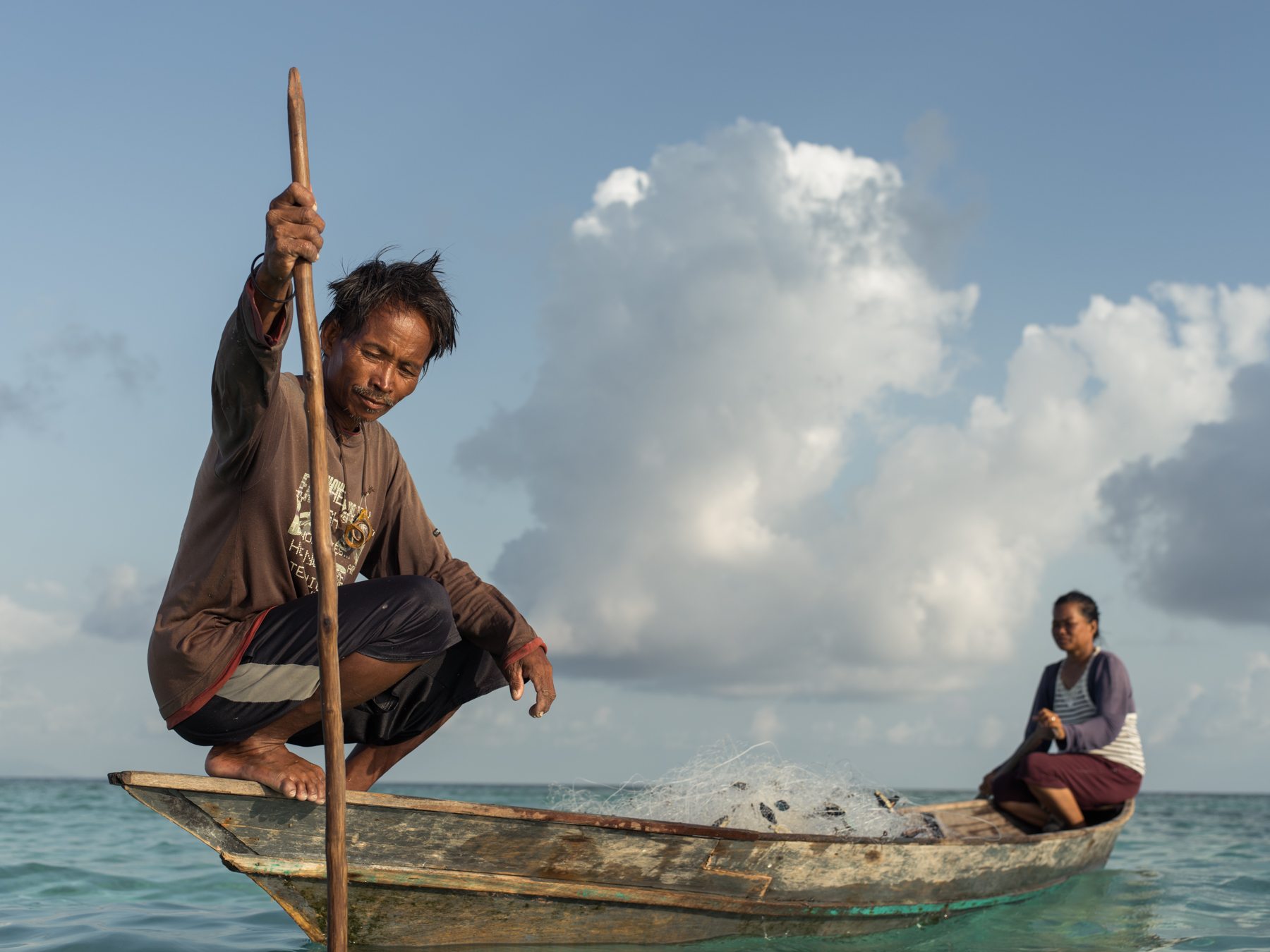 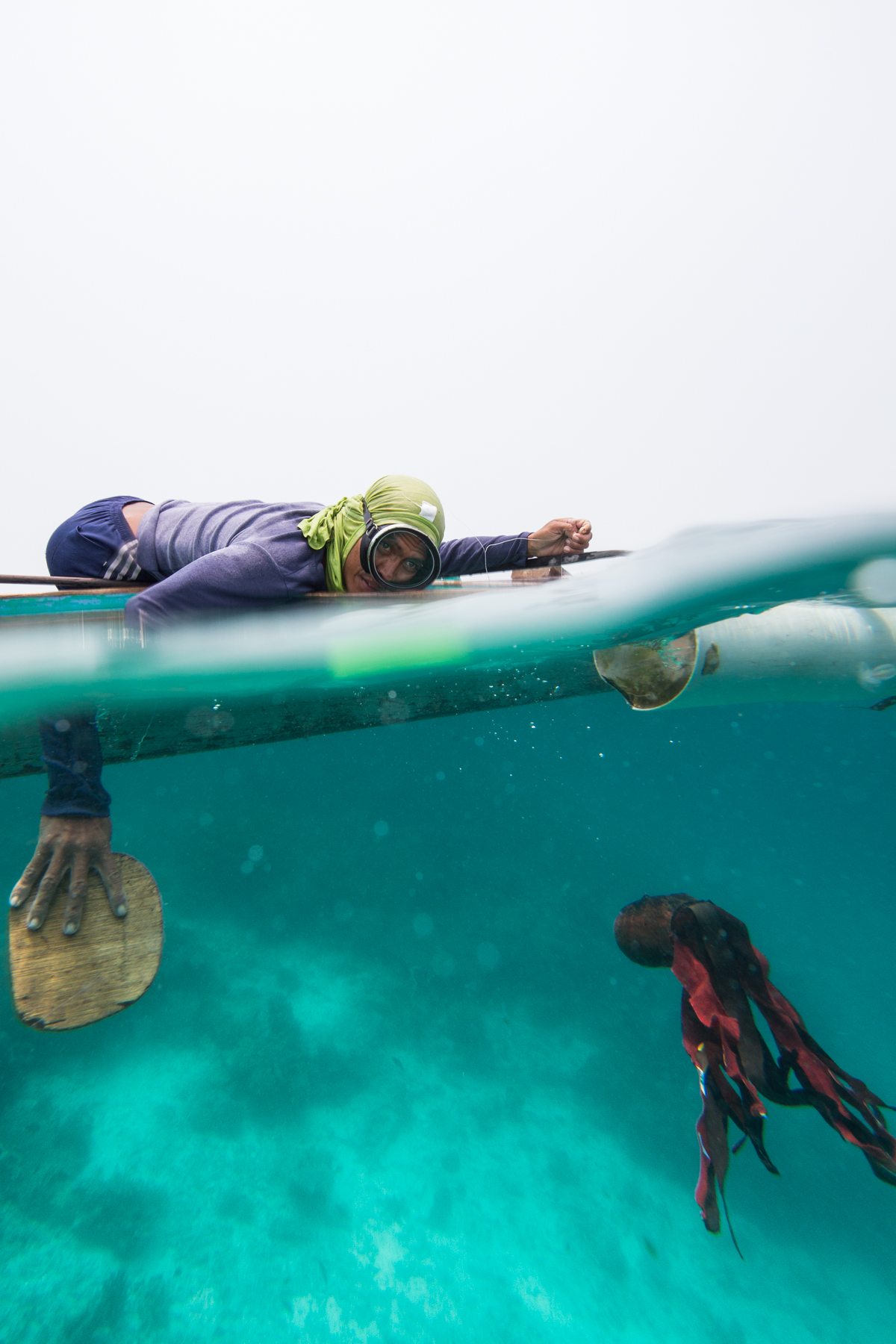 “Catching squid” Mohd Yazid is moving a squid decoy around the water to entice octopus out of the shallow reef. 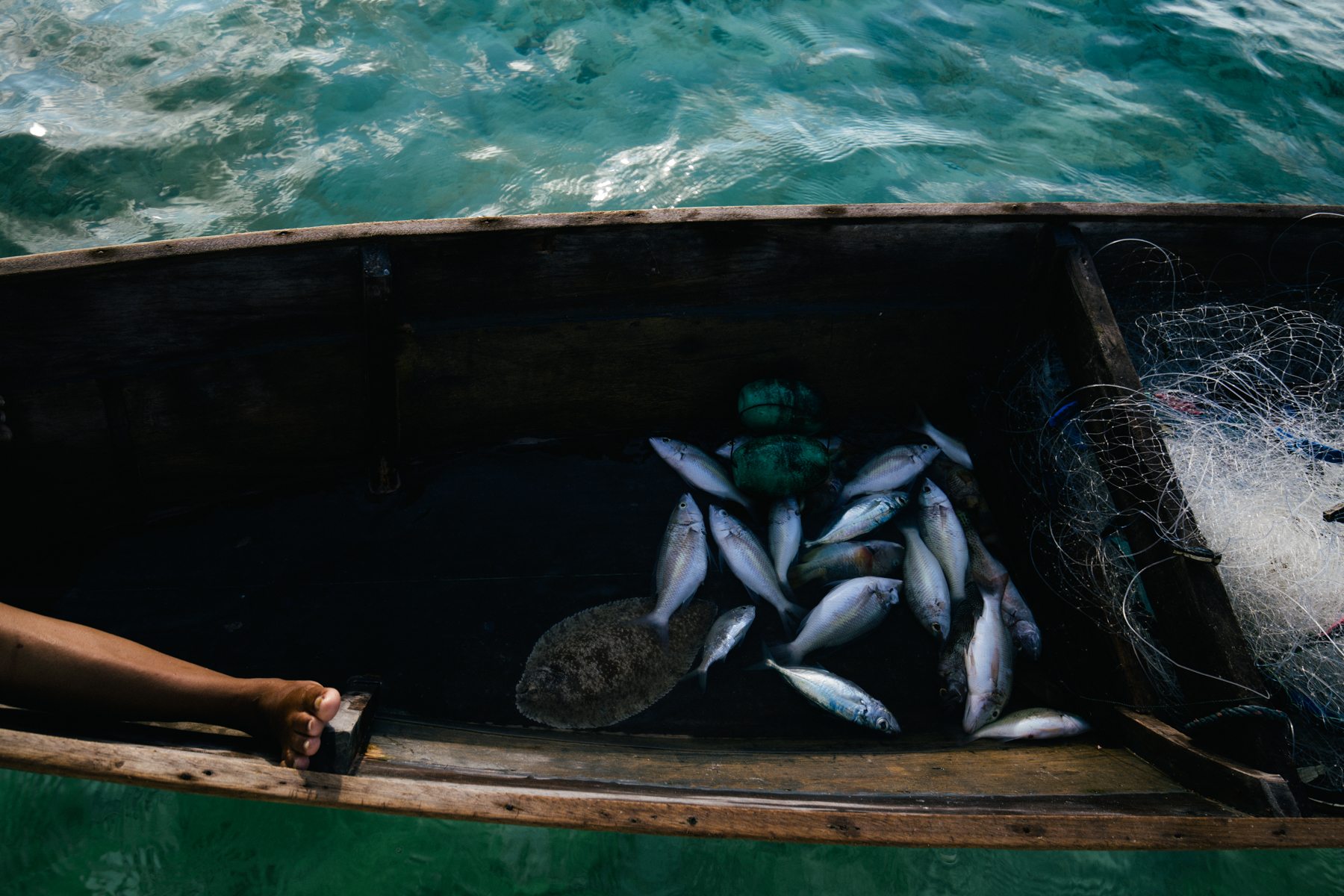 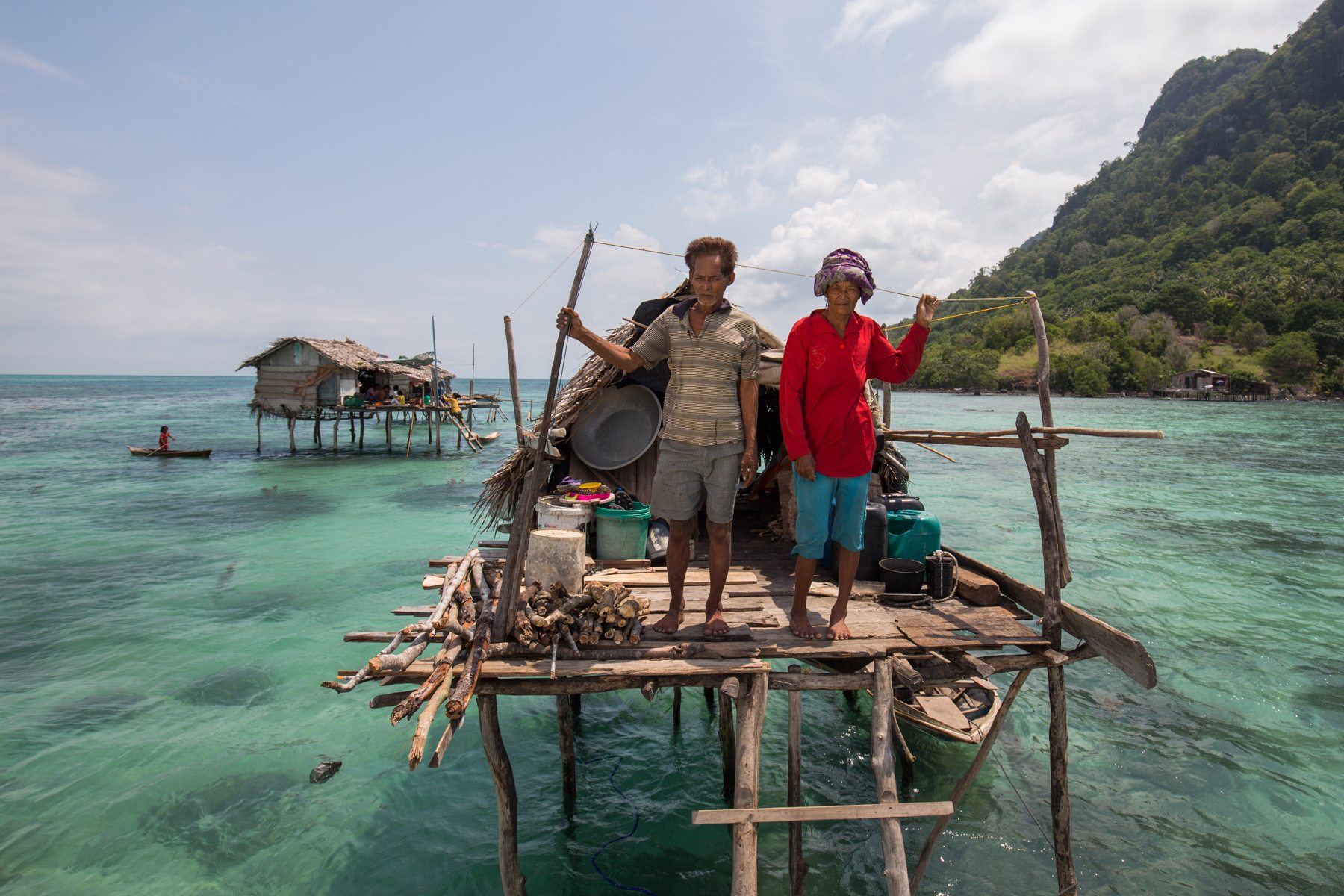 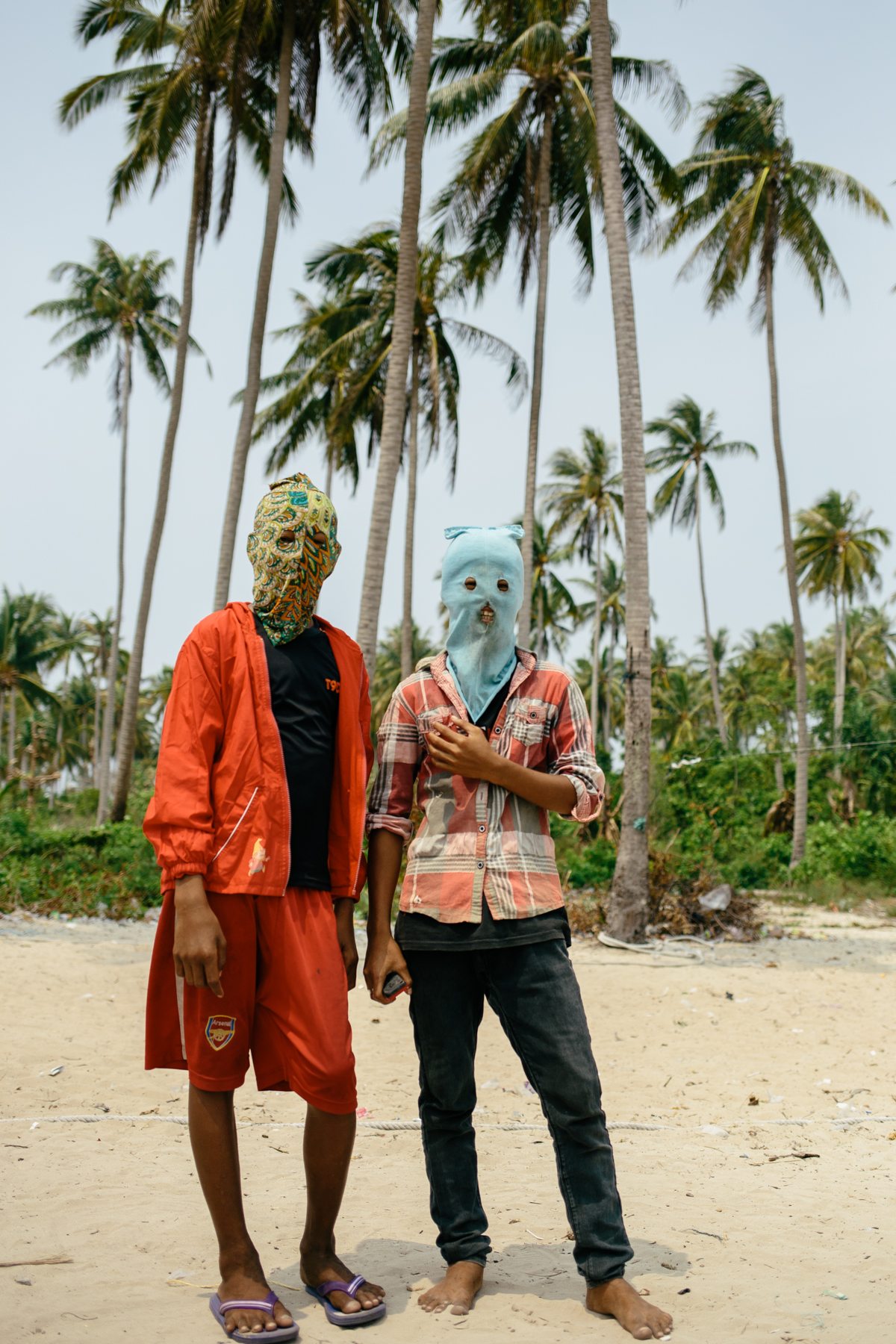 Although these young Bajau Laut teenagers on Kulapuan Island look menacing with their makeshift balaclavas, they are worn as sun protection for fishing in the shallows. 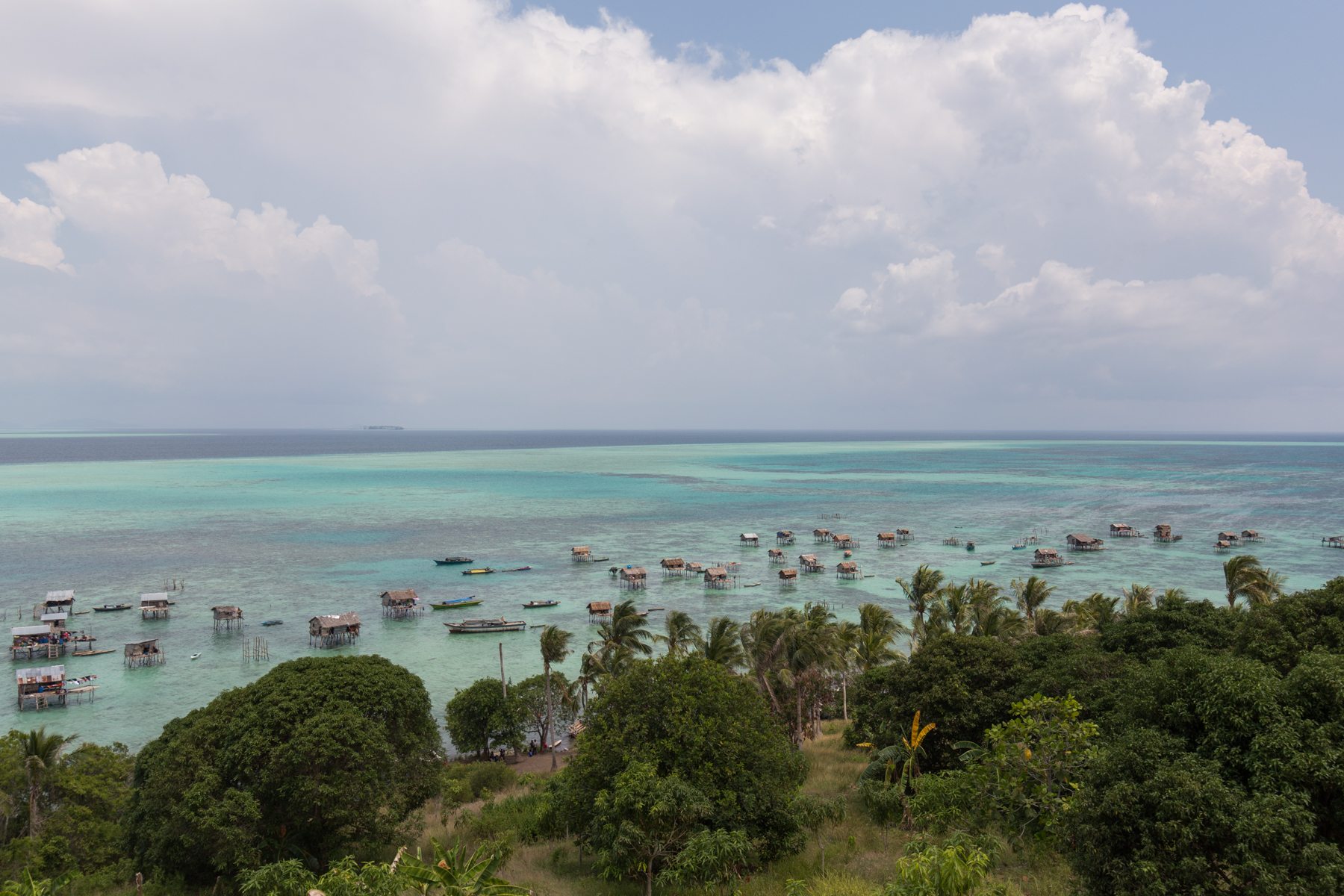 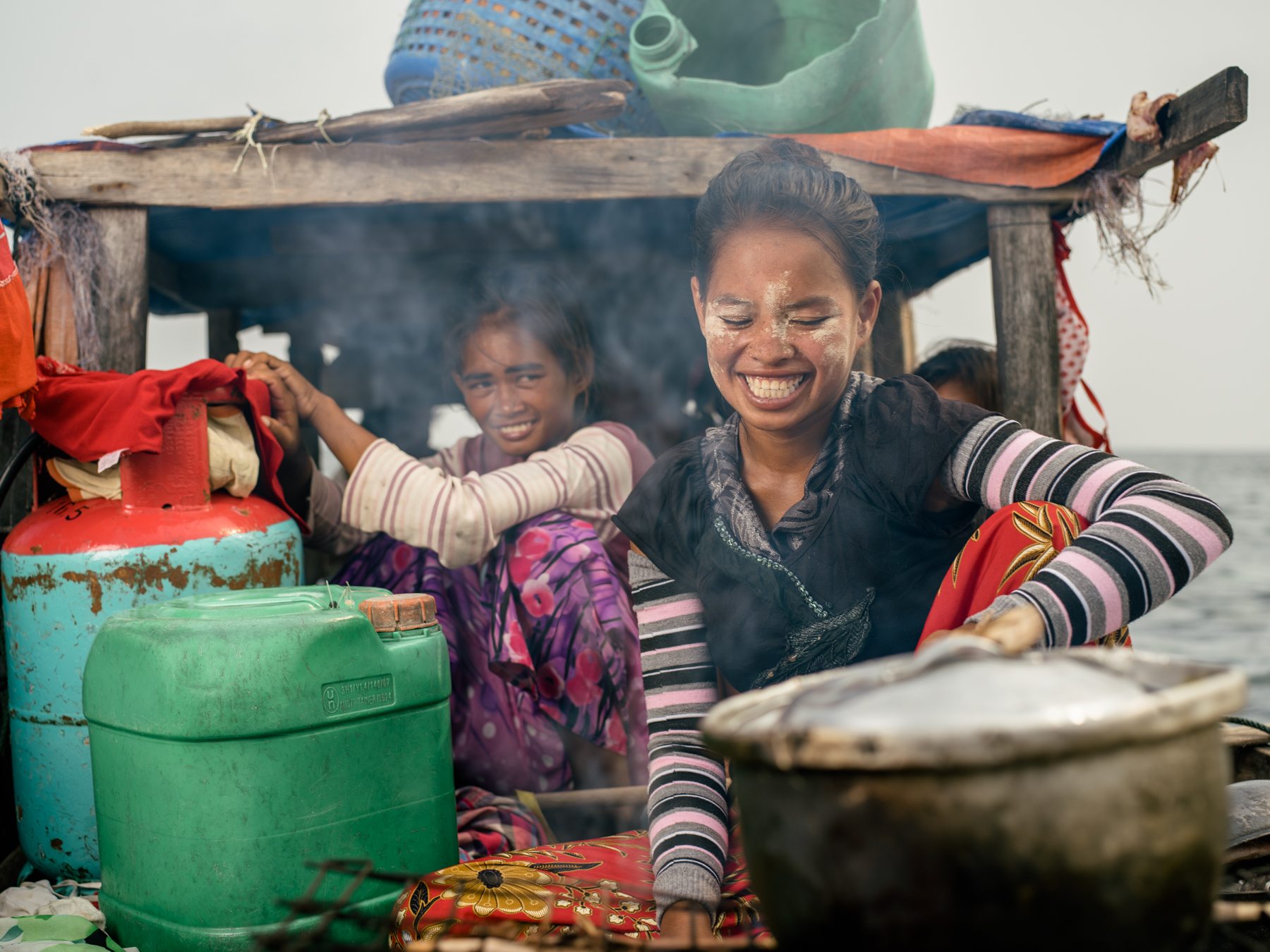 “Dinner on the boats” Riki cooking fish ‘kupput’ on her family’s Lepa Lepa. 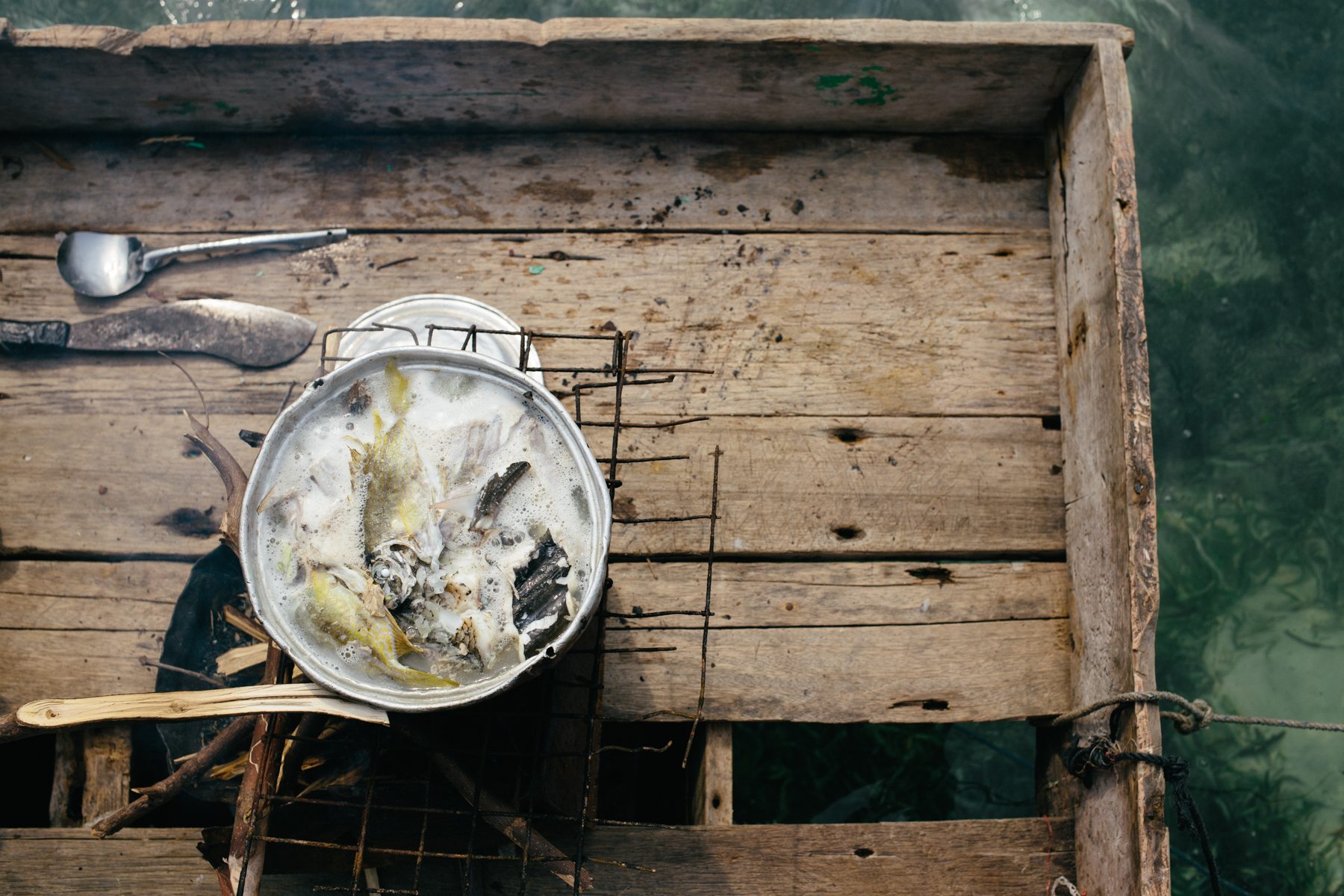 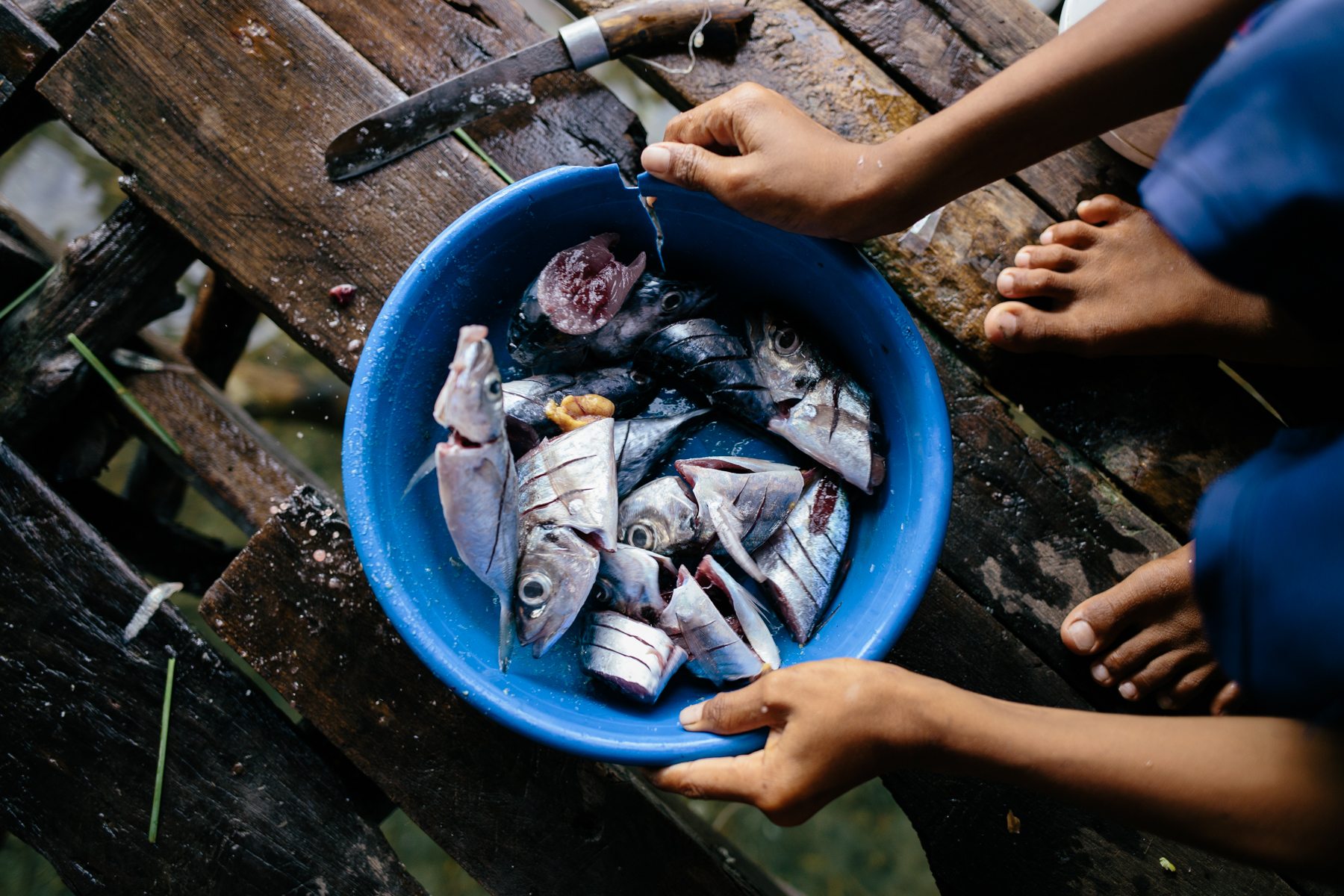