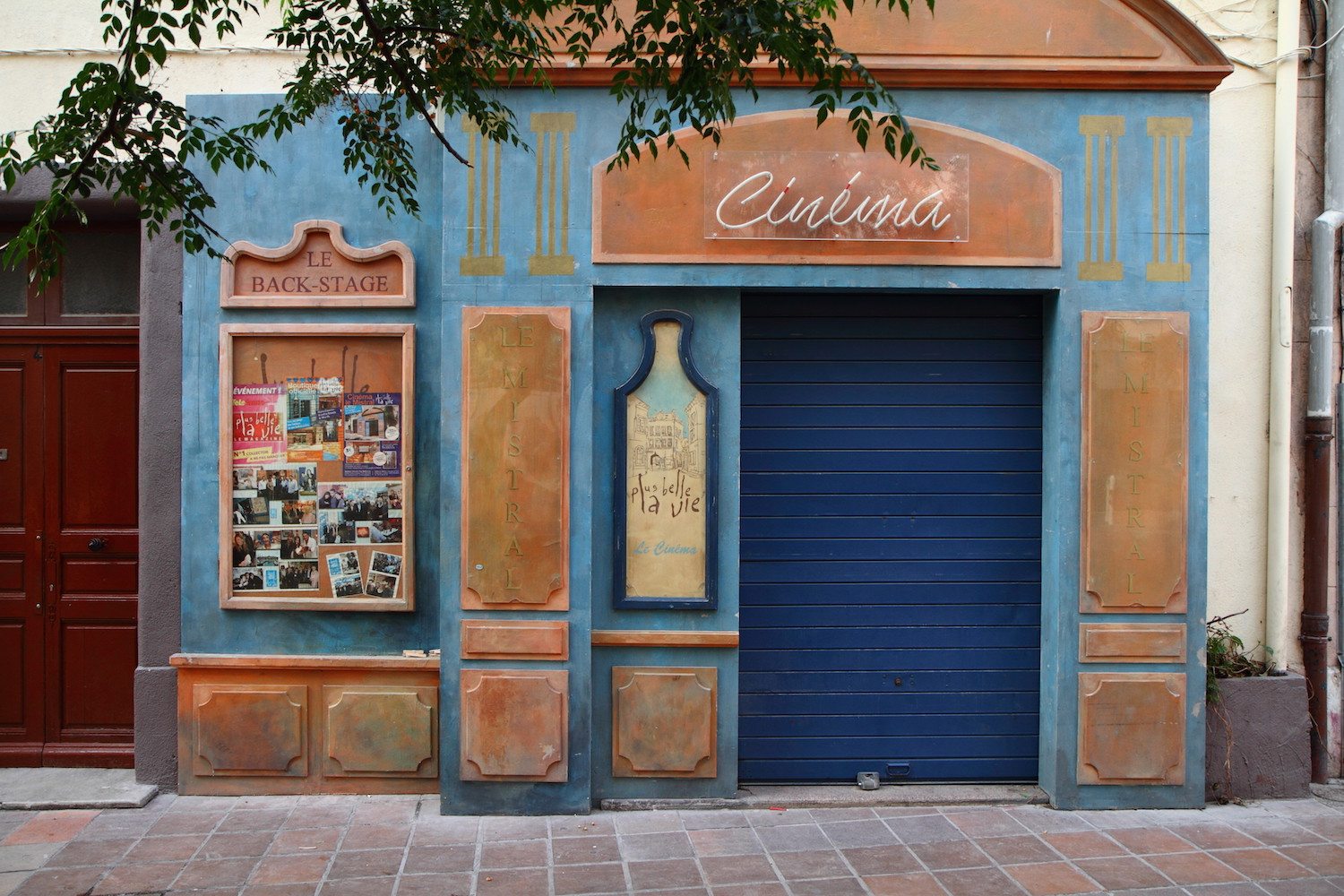 The Télécran, a toy better known by its American branding Etch A Sketch, was invented in post-war France by toymaker André Cassagnes. One could not find a more fitting metaphor for Marseille, a city that had been given its most recent shake during that same period.

Marseille is an Etch A Sketch of history and culture, drawn and then wiped out, over and over again. It is a study in contrasts. It was once a Greek port city known as Masalia, but then became Massilia when the Romans took over. By the mid-15th century, Marseille was incorporated into France.

With each changing of hands, traces of the disparate cultures have stuck around—like a slate that refuses to be wiped entirely clean—and such character is still evident today, despite the city being heavily bombed by the Nazis during the Second World War. This layered and diverse identity is most apparent in the old town of Marseille, called Le Panier, which is rich with history and home to a vibrant community of Italian, Greek and North African immigrants. Le Panier, which translates to “the basket,” collects Marseille’s ever-shifting history.

Le Panier is home to artist’s ateliers, antique shops and some of the best cafes and restaurants in the city. The quarter is bounded by Vieux Port to the south and Marseille’s city hall to the east, and while it is only a quick jaunt away from the bustling, touristy center, it is a world all its own.

Getting to Le Panier is not difficult: there are plaques set into the street that direct your way along winding narrow roads, with tall apartment buildings providing shade from the hot Mediterranean sun. These streets are awash in color: window shutters are painted in sea tones of blue and green, pastel linens are strung up between buildings and flowers are overgrown in every window box.

A good place to start your walk through Le Panier is in the square where rue du Petit Puits and rue du Panier intersect with rue Sainte-Françoise. The spot is unmistakable, marked by Bar de 13 Coins, a bright red storefront that opens out into a large shaded seating area. The neighboring Boutique Plus Belle La Vie, a shop selling books and records, also distinguishes the corner of what are Le Panier’s two main streets.

Head east up rue du Petit Puits, a narrow pedestrian road. The walls of the old buildings are plastered in collages of people dancing, the phrase “it’s time to dance” above their heads, as well as old Japanese newsprint and neon drawings.

Not far up this street you’ll find the unmistakable studio of a papier-mâché artist named Miguel. Paper animals are fixed to the exterior walls and wooden chairs are placed among his jungle of plants, inviting passersby to stop and rest. Miguel’s art is never the same: the moment it rains, the papier-mâché comes apart and he begins working on a new installation.

One of the few restaurants on this street is Tako San, which serves up bowls of ramen and other traditional Japanese dishes. Try their takoyaki (a ball-shaped appetizer with octopus, tempura and pickled ginger) or okonomiyaki (a savory pancake-like dish) if you’re looking for a bit of culinary variety.

Further up the street you’ll find a large public square that opens up to La Vieille Charité, a former almshouse built around the late-17th century that now functions as a museum and cultural center. Though one of the more touristy spots in the quarter, the building itself is stunning, with its rounded-dome top and pale-peach stone walls, and is worth a peek even if you choose not to go inside. The square is home to several cafes and restaurants, making it a perfect spot to enjoy an afternoon aperitif and admire the architecture.

Cutting down rue des Mauvestis, make your way to rue du Panier, stopping at tapas cafe Bar Manolo at 12 rue du Panier. The place is a tiny, teal-walled nook filled with sea glass and plush antique furniture. Some nights blues bands perform, but in the afternoon the place is quiet and offers charming outdoor seating nestled among a sea of potted plants. The laid back atmosphere makes it easy to stay for hours, filling and emptying carafes of cold white wine. The bar’s menu changes often, but a staple is a tartine with pesto, chorizo and pine nuts. As the sun begins to set, you can switch from wine to espresso.

Be sure to check out one of the many antique stores in the area. You may be tempted to bring home a set of French chandeliers, heirloom candlesticks or a vintage crocheted blouse the color of Marseille’s summer sky.

It’s not hard to spend an entire afternoon and evening in Le Panier. The winding streets tell new stories to wandering travelers who are willing to get lost and let the quarter tell its own, ever-shifting tale. 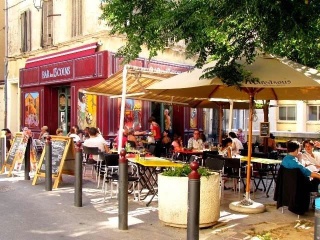 Daryn Wright is a writer from Vancouver, BC and contributor to Hayo, Sad Mag, Project Space and other publications and literacy groups.