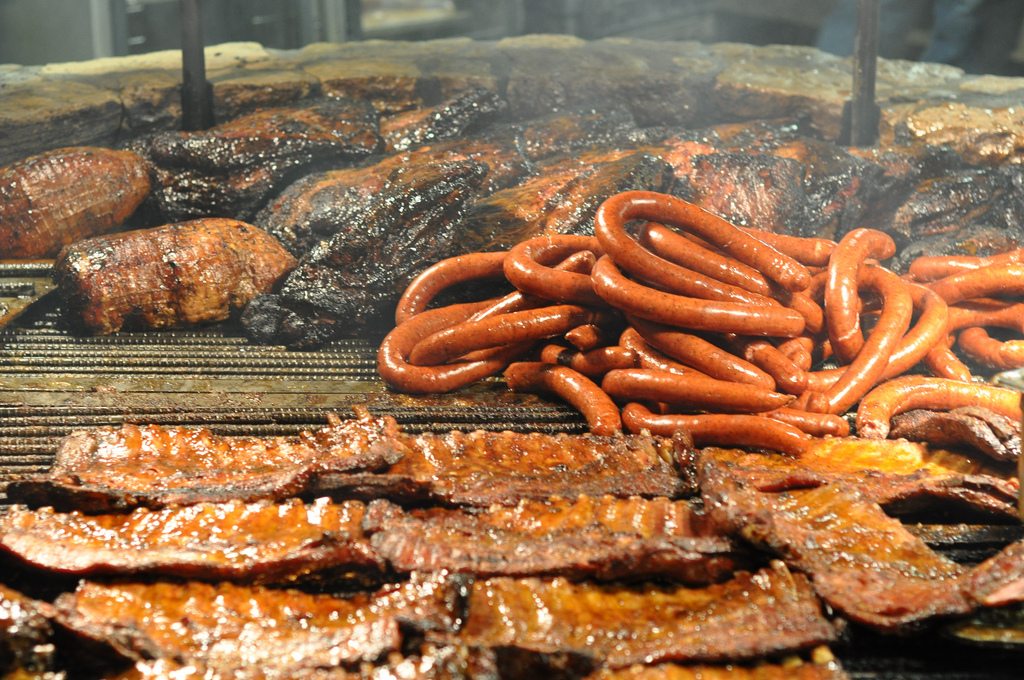 Deciding where to go to find the best BBQ in Austin shouldn’t be reduced to only adding a few places to a list. But why is actual Texan BBQ so special? What should you consider when tasting this smoky deliciousness and how do you know when you are tasting the holy grail of brisket or smoked ribs? These are questions we want to answer before giving you a comprehensive list of places where you can go to indulge like a true connoisseur the real masterpieces of the southern cuisine. 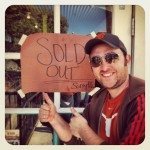 As we usually do, we contacted a local. Someone that lives in Austin and not only knows about the best places, but also has an extensive knowledge about the barbecue world. He is Mike Gagne, originally from North Carolina but has been in Austin for 15 years. He’s a member of the recognized Texas BBQ Posse, a group dedicated to the pursuit of great BBQ in the state of Texas. As a day job, Mike works for Facebook and runs a team on the operations side, but barbecue is one of his true passions. His father-in-law is one of the founders of TBBQP and he was first introduced to this world back in 2009 when Franklin was just opening the trailer. “I went there during the first two weeks that it opened and it totally changed my life. A BBQ renaissance in Texas had just started,” he remembers.

Barbecue is about the history of the State. BBQ meats were typically a poor man’s food. 200 years ago the Indians would take this meat and smoke it as a method of preservation, so over the years most of these places became known because they had mastered this preservation technique that delivered a whole lot of flavor.

So what do you look for when you’re trying a new place?

That sounds pretty straightforward, what’s the trick then?

It is, but what makes it complicated is, for example, brisket is really where Texas BBQ is at and it is very difficult and finicky to do. Every variable that gets injected into the process can very much change the complexity of a brisket. The really great BBQ Masters have developed processes to create a consistency. They know how to adjust based on different variables, including weather conditions. They understand all these variables and how they alter the cooking process so they can get the brisket just right. It could take anywhere from 12 to 18 hours to cook it, it requires a lot of dedication, focus, and patience. Ingredients are simple, but the process is a different story.

Yeah, people don’t often realize that preparing this meat is intense. When they go to a place, it’s part of the lure of the ambience that it feels laid back, it’s smoky, filthy, people are drinking beers, talking within a pretty relaxed atmosphere, but the reality is that it takes a lot of work to put this stuff together and maintain a consistency. These guys put the meat on at around 10 or 11pm, set the alarm and wake up at 3-4am to keep preparing, and then manage the meat until they sell out, usually at around 2pm. Then they catch a few hours of sleep before they get back to it. 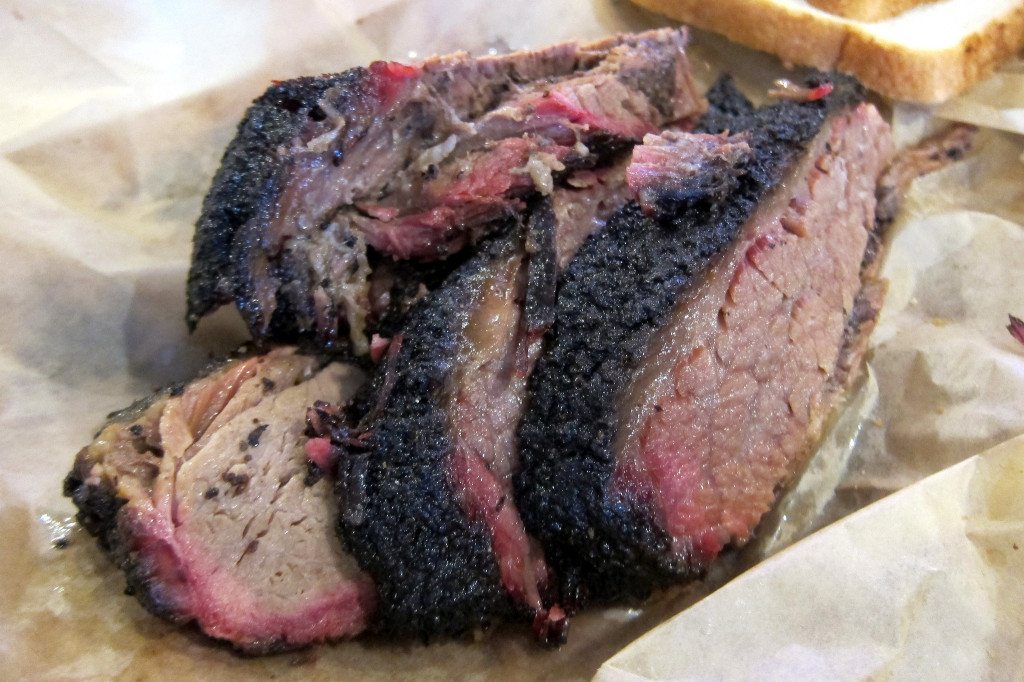 That’s a lot of dedication! So what do you think Texas BBQ is known for?

The focus is on beef, which makes sense. Texas’ biggest commodities are oil and cows, so if you’re going to smoke meat this is one of the best places to do it. The beef brisket, the beef rib, and the sausages are the three highlights of Texan BBQ. The technique for preparing the meat is what makes it so unique. When we talk about brisket we consider moisture and tenderness, the smoke rim – that pink rim around it -, and the crust, the black part outside that should taste sweet and not smoky. Finding the balance of the smoke so it doesn’t overpower the flavor of the meat, that’s what you’re looking for. The preparation and the consistency are some of the most distinguished qualities of Texas barbecue.

What should a ‘newb’ understand when tasting Texan BBQ for the first time?

Starting with the brisket, there are two sides: there’s lean and the moist. I recommend trying both, but the moist is the one that will show you what the BBQ is all about. It should be very tender, you should be able to pick it up and it would hold together a little bit before it starts to break apart. When you chew it, it should be full of flavor and moisten your mouth, not dry it. The bark should be sweet (the black crust outside), not burnt or overly smoky and it should have a ring. Those are the hallmarks for a good brisket.

Excellent, now that we know what to look for, let’s get into where to eat the best BBQ in Austin.

I’m going to break the places down in three: The Holy Trinity, The Places Outside of Austin and The Best of the Rest. Note: all links and directions are included in the map below.

These places have an ambiance that kind of recalls the poor man’s nature of the barbecue. I call it the Holy Trinity because these places have shown an excellent consistency throughout the years. They are listed in order, not only of importance, but also in order of the longest lines. 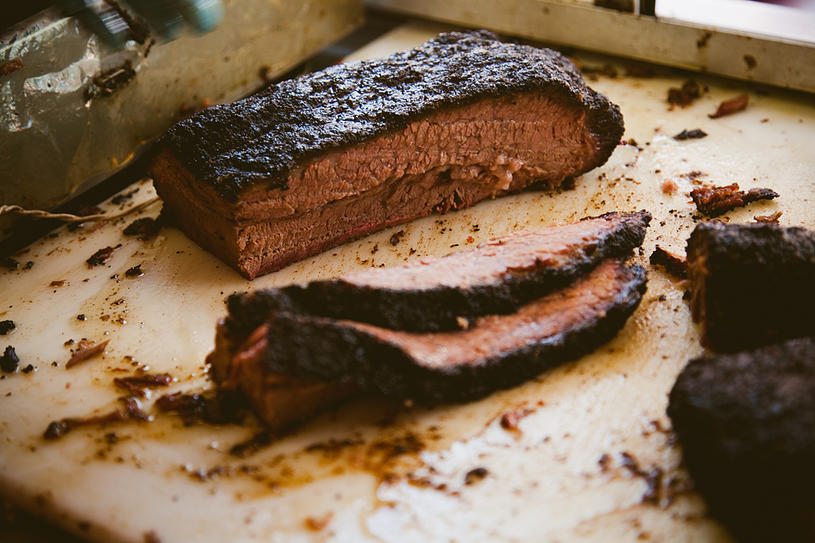 Pro tip: You have to get in line at about 8 or 9 am. You typically wait in line for 3 or 4 hours; locals, visitors, families, everyone is making the line. Go early, bring coffee, folding chairs, fully charged phone, a cooler, whatever you need, but come prepared and talk to the people around you. It’s worth it and if you’re going to wait 4 hours, you should order food to take with you. I highly recommend ordering a pound of thinly sliced smoked turkey breast, they have mastered it. They don’t do a lot of them, so they are usually for the early birds.

The Places Outside of Austin

These places offer a level of ambiance and history that you’re not going to get in the Holy Trinity. When you go, you’ll be sitting in a place where they have cooked these meats day in and day out for at least 50 years. For people who want to get out of the city, these places are just an easy drive away and offer an experience that you won’t find in the city, even if the flavor of the meat is not the same. 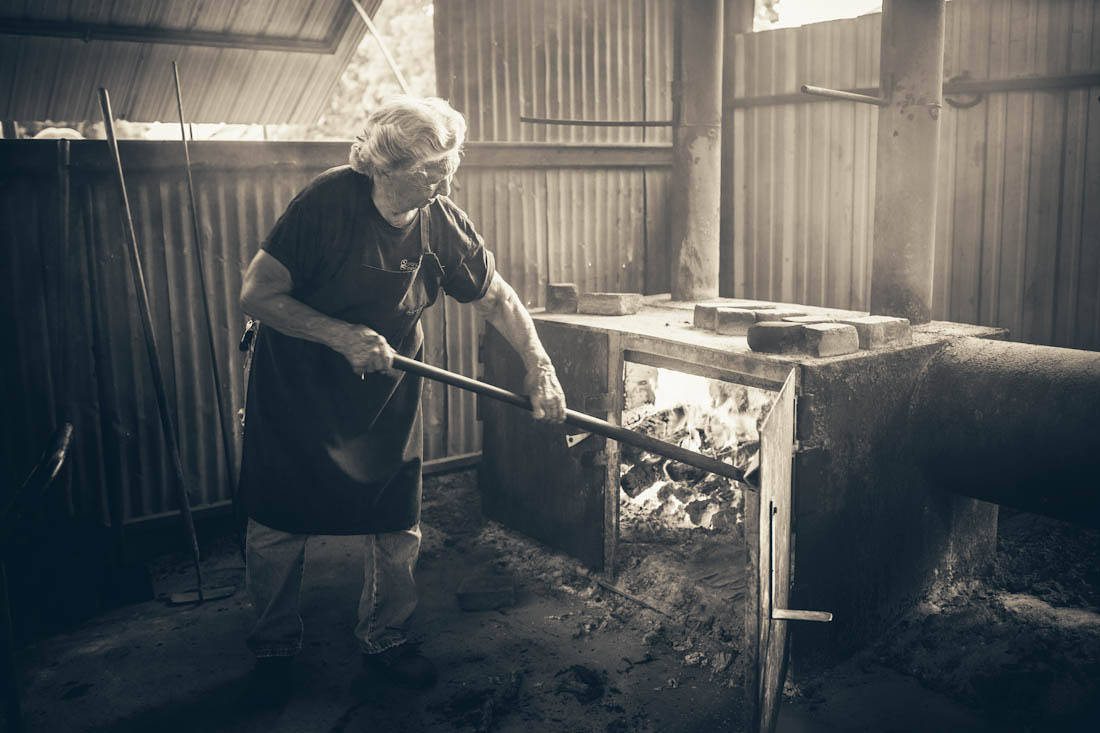 The Best of The Rest

These places are worth checking out if you want to have the experience of the Texas barbecue, but don’t want to go through all the processes and wait times that the other places require.

Also, I wanted to share two places to avoid:

As a summary, here’s a list of the places mentioned above. You can also save this list by clicking on the SAVE icon right beside the heart. All links are included in this map. 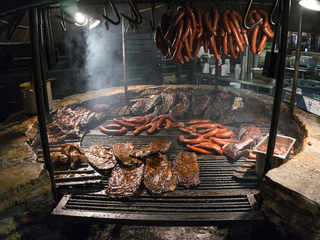 An interview to BBQ expert Mike Gagne, member of the Texas BBQ Posse.