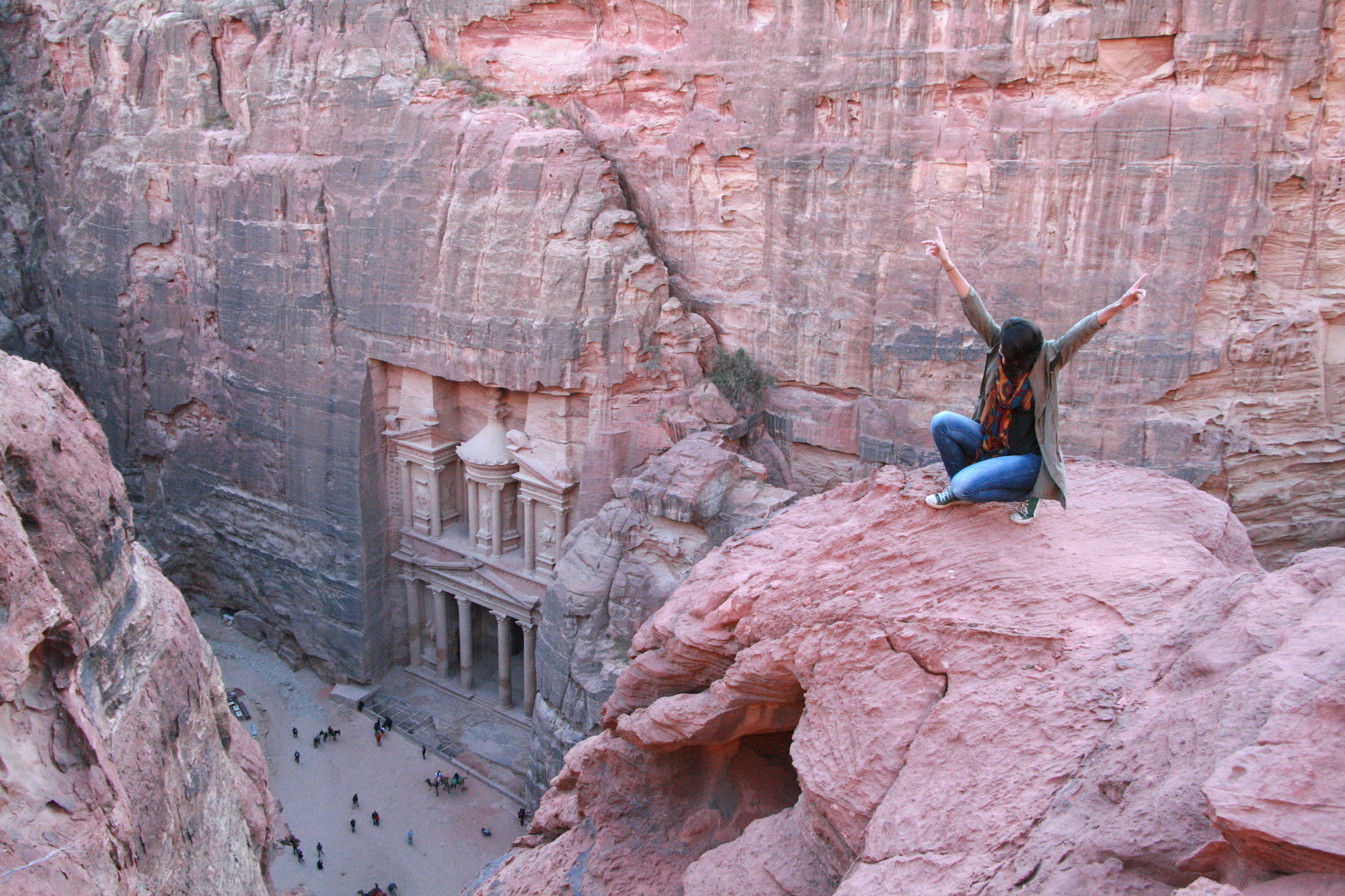 This is just a little tease of the amazing trip we had in Jordan with Visit Jordan. I have many stories to share and they will all come in time, but for now, a quick overview of all the places we visited because I don’t want this year to end without showing you this beauty. If Jordan wasn’t on your radar, it should be now. Maybe an upcoming Hayo EPIC Journey over there? I think so.

Our journey through The Hashemite Kingdom of Jordan began in Amman, the capital. The day we arrived, rain was covering the skies and the temperature dropped considerably. They kept saying we were so lucky to experience the first rain of the season but coming from Vancouver, we were not so impressed. Yet, the skies cleared and we were able to be delighted by the crisp of the after-rain light.
Amman, also known as the white city, has about 4 million inhabitants and in the past years, it has experienced a rebirth and boom in its economy. In this city, modernity and history share space, with modern sky rises and historical sites like the Amman Citadel, or in Arabic: Jabal al-Qal’a, where this city was originally established and that keeps the remains of civilizations that historically occupied the area: Romans, Byzantine, and Umayyad. About an hour away from it, you can also visit Jerash, the most preserved Roman city outside of Italy and known for the 2nd-century Hadrian’s Arch, the Corinthian columns of the Temple of Artemis and the huge Forum’s oval colonnade. We saw what used to be the Main Street, the shopping district, the market, the temples, the baths, the churches, the Coliseum, the main water fountain… you can truly get a sense of what life was back then. 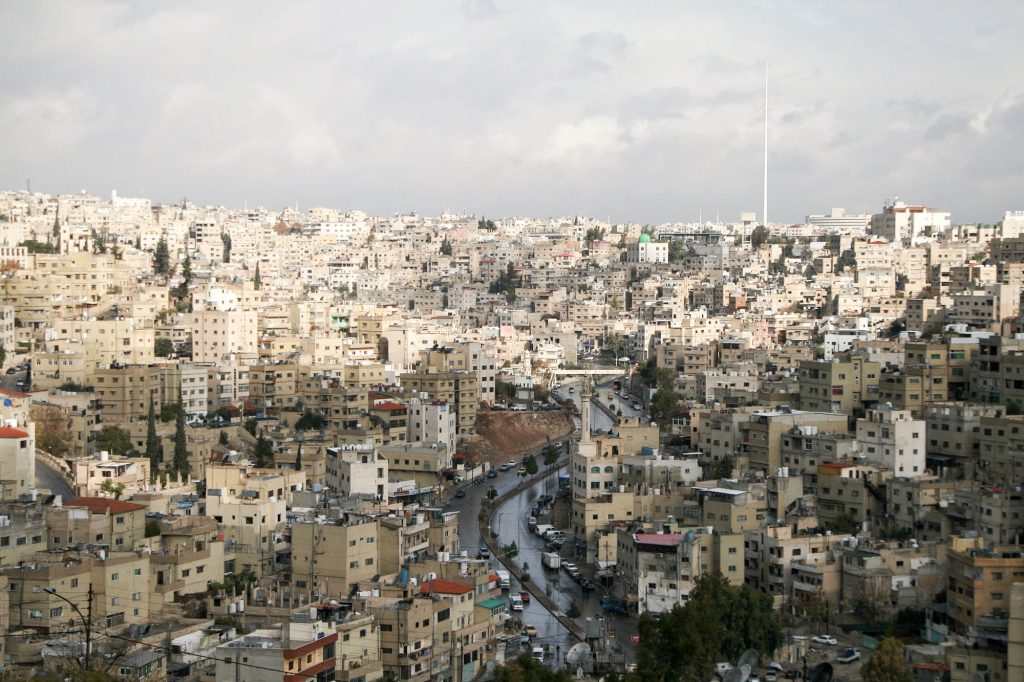 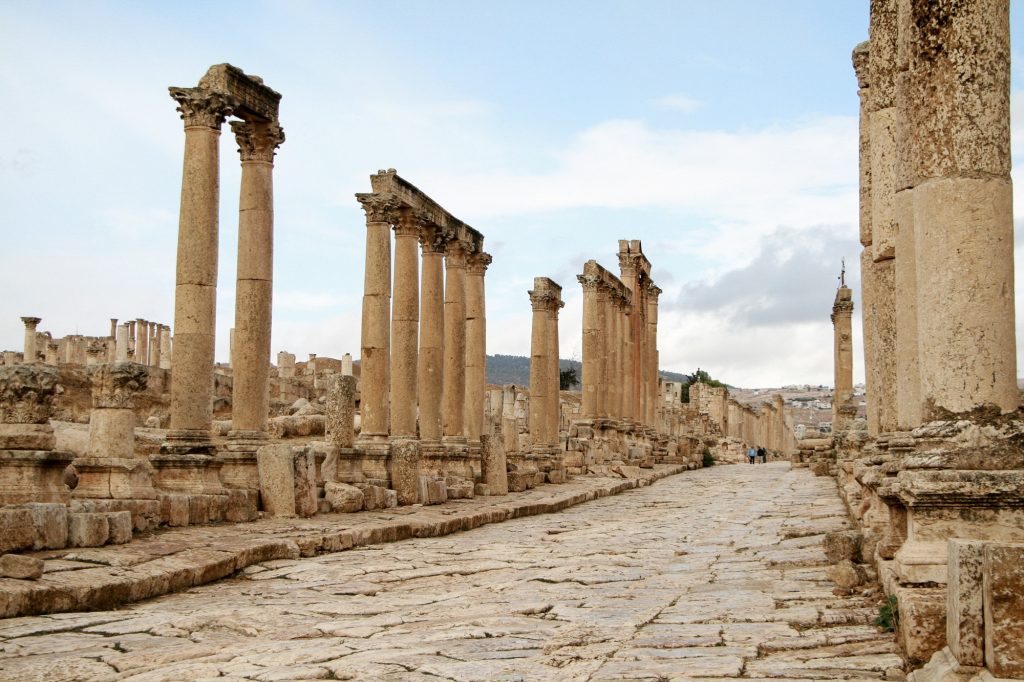 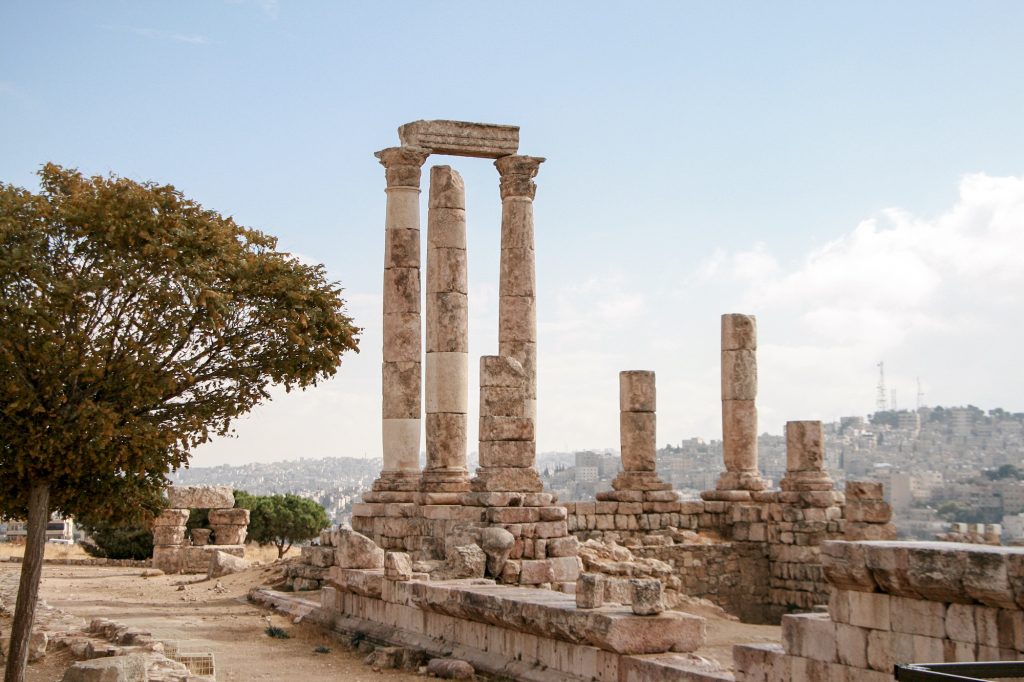 After Amman, we headed north to Umm Qais to visit the ruins of the historic Gadara and also to see the borders with Syria and Israel. It is perched on a hilltop 378 metres (1,240 ft) above sea level overlooking the Sea of Tiberias, the Golan Heights, and the Yarmouk River gorge. Here we did different activities like basket weaving, beekeeping, cooking with local ladies, and in the summer you can also do mountain biking. Gadara was the center of the Greek culture in the region and also played an important cultural role as it was the home of artists and thinkers. 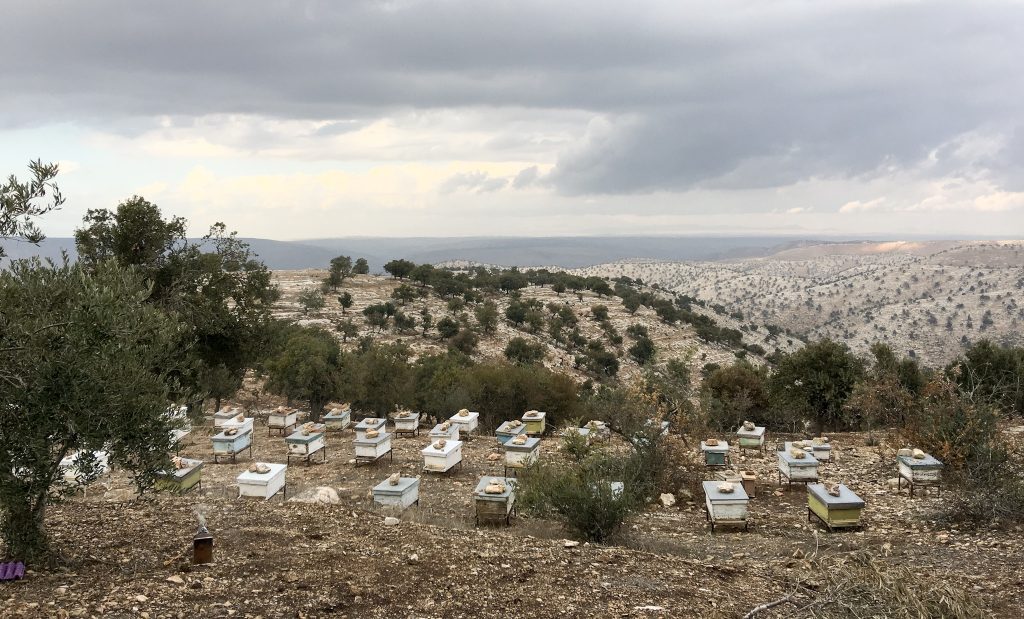 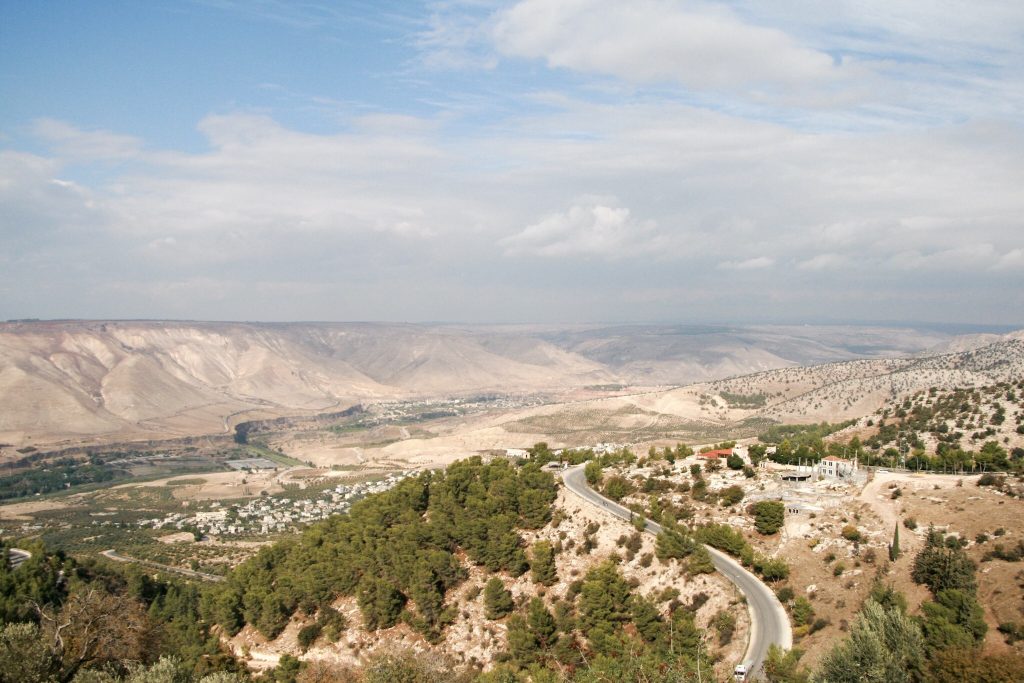 Afterwards, we continued south to make our way to Petra, but before we spent the night at the Dana Biosphere Reserve at an amazing ecolodge called Feynan, a hotel that offers authentic Bedouin hospitality and natural beauty. We visited a Bedouin home and learned about the ritual of coffee. We also managed to catch the most incredible sunset. More of this to come. 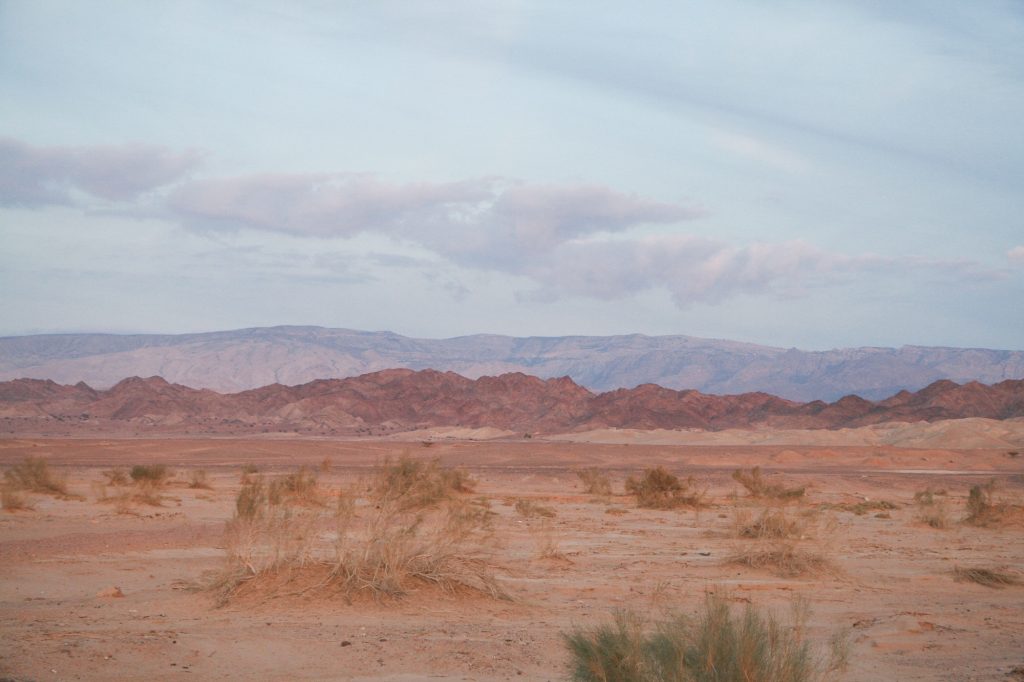 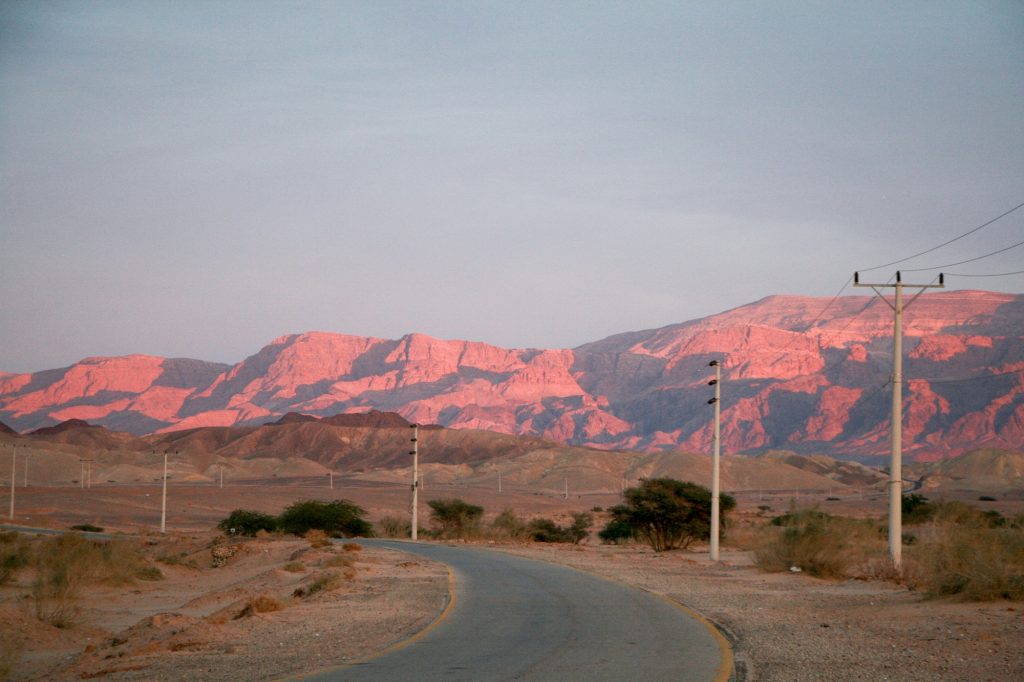 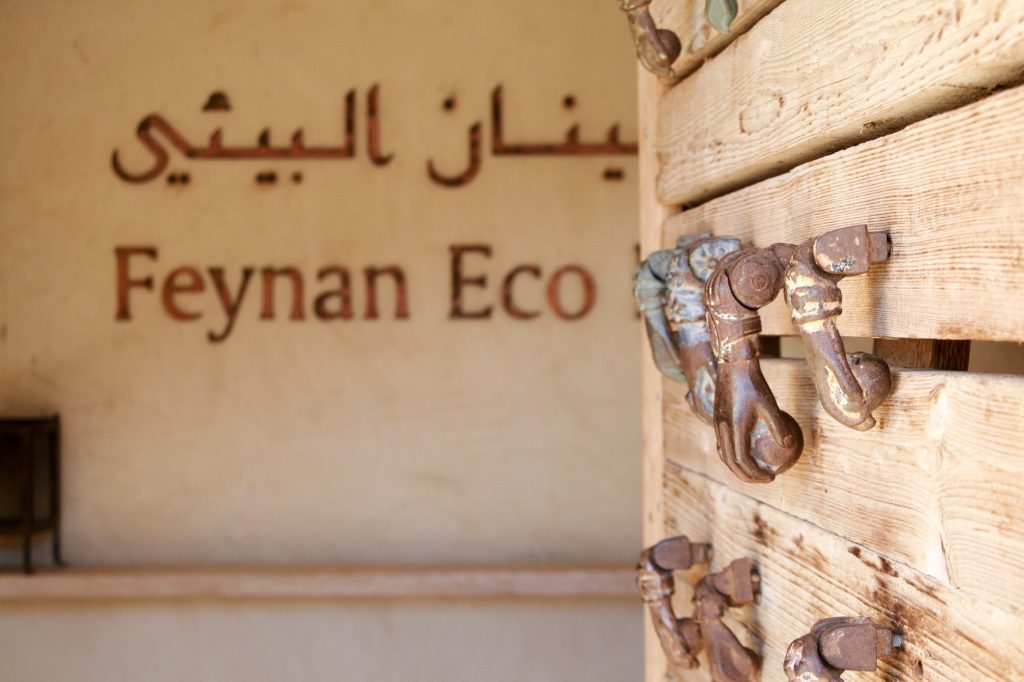 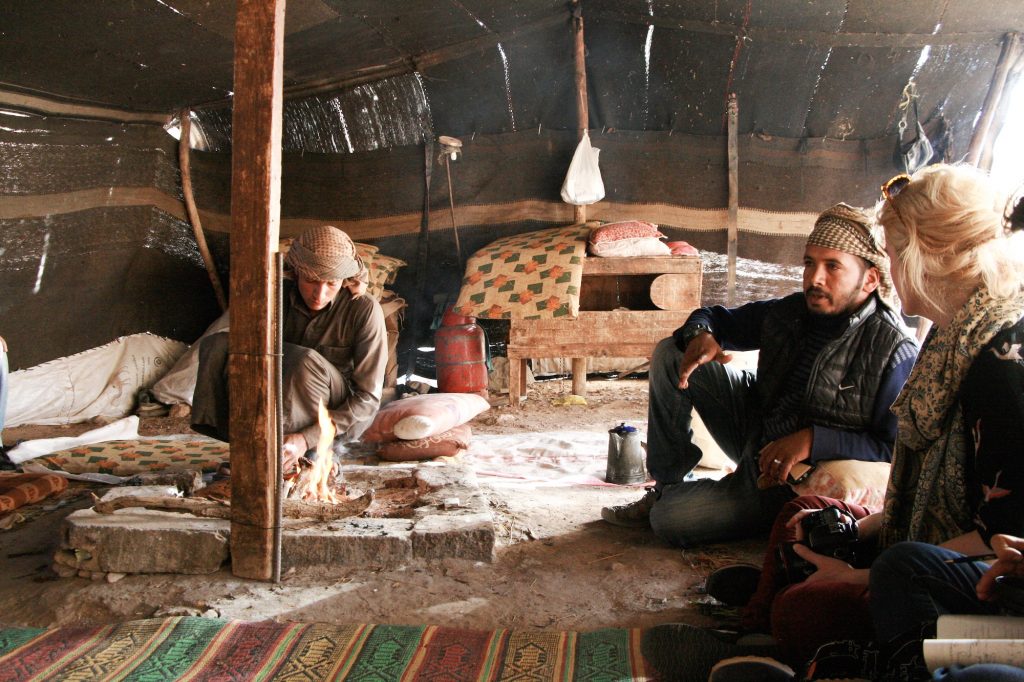 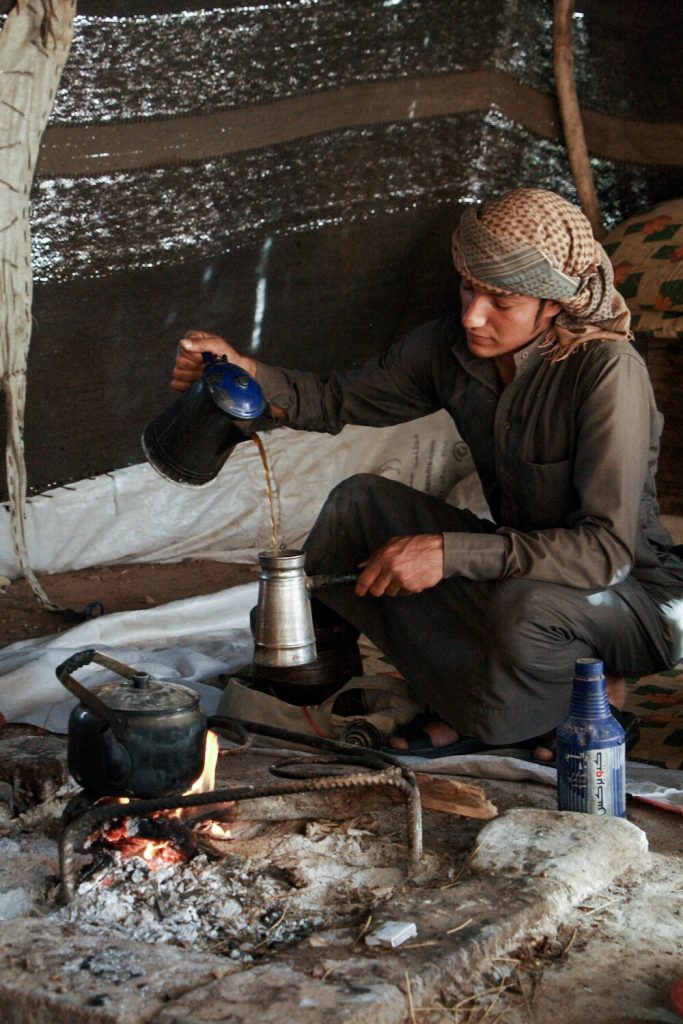 I just can’t say enough things about Petra. Many times I had to pinch myself to make sure I was actually there. What a dream of a place! I have a lot of stories, but one, in particular, will be coming soon. Watch out for Bedouin men in Petra, ladies! 😉 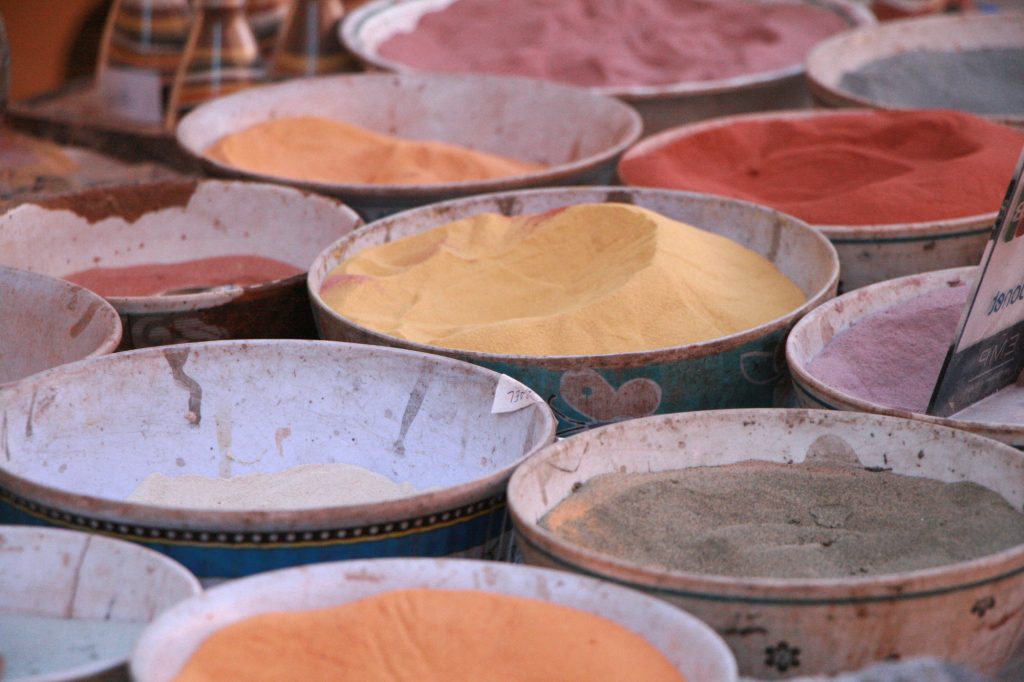 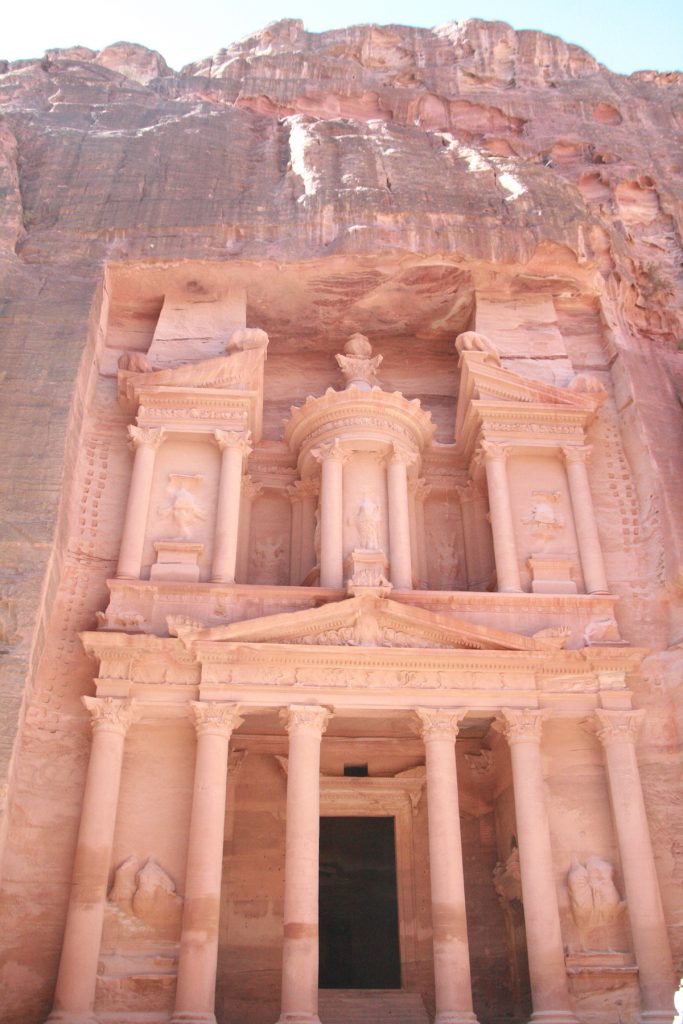 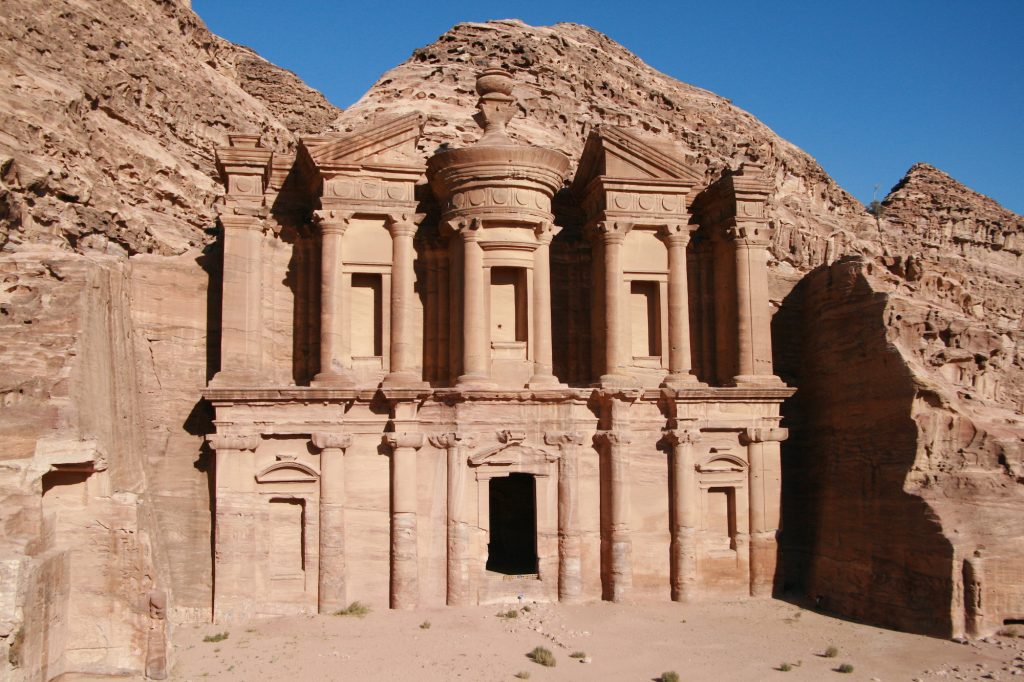 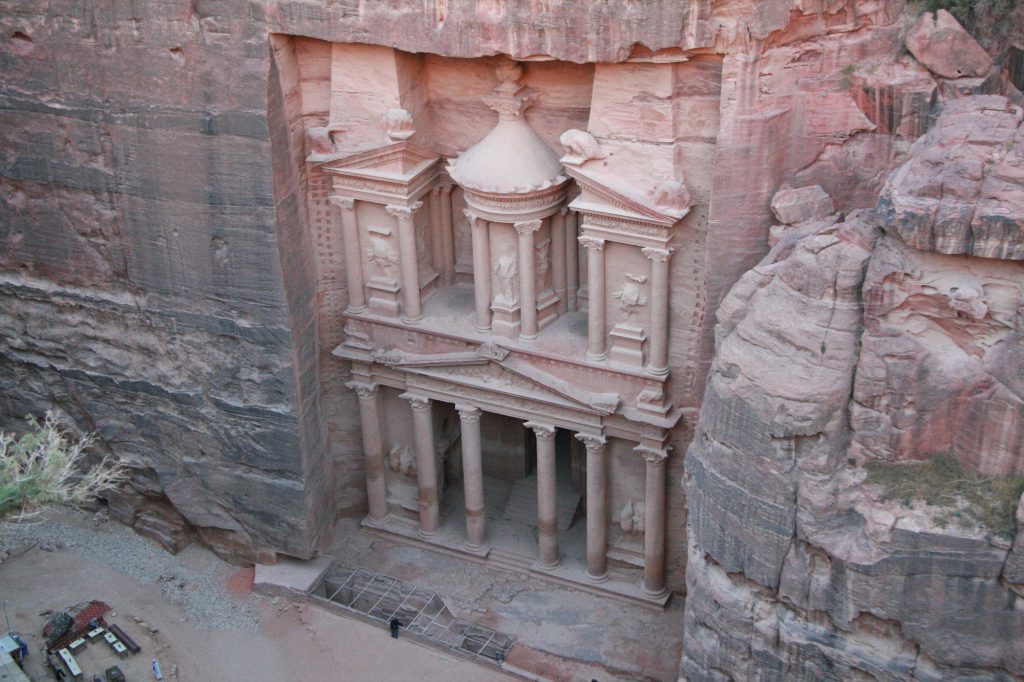 Also known as the Valley of the Moon, the Wadi Rum desert is an exceptional place to end this journey through Jordan. The largest valley in Jordan, Wadi Rum has been inhabited by many human cultures since prehistoric times, with many cultures–including the Nabateans–leaving their mark in the form of rock paintings, graffiti, and temples. 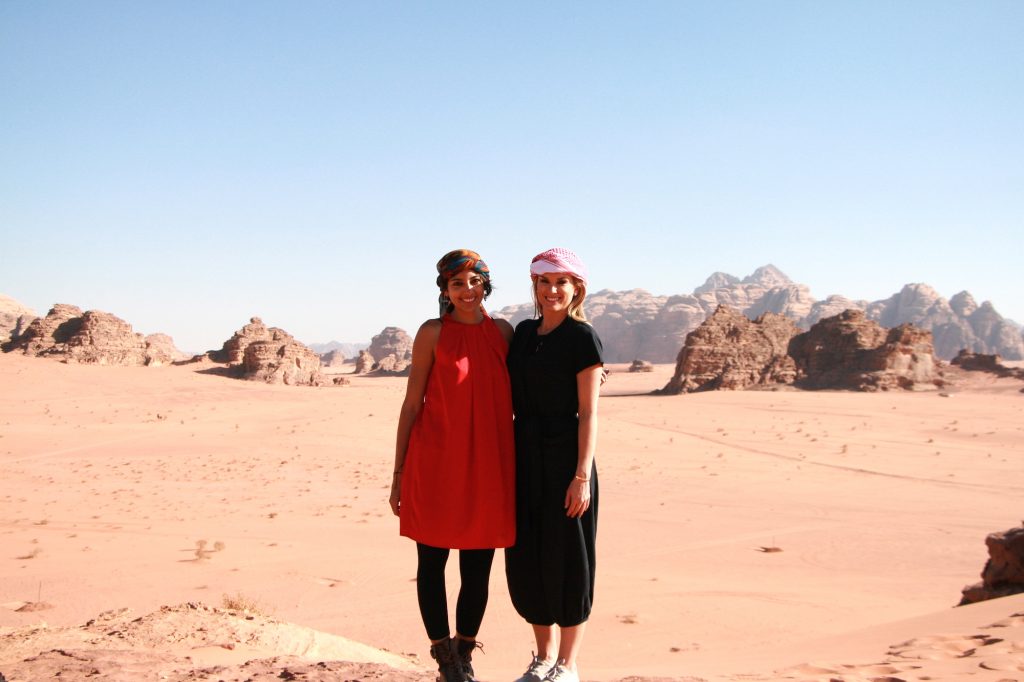 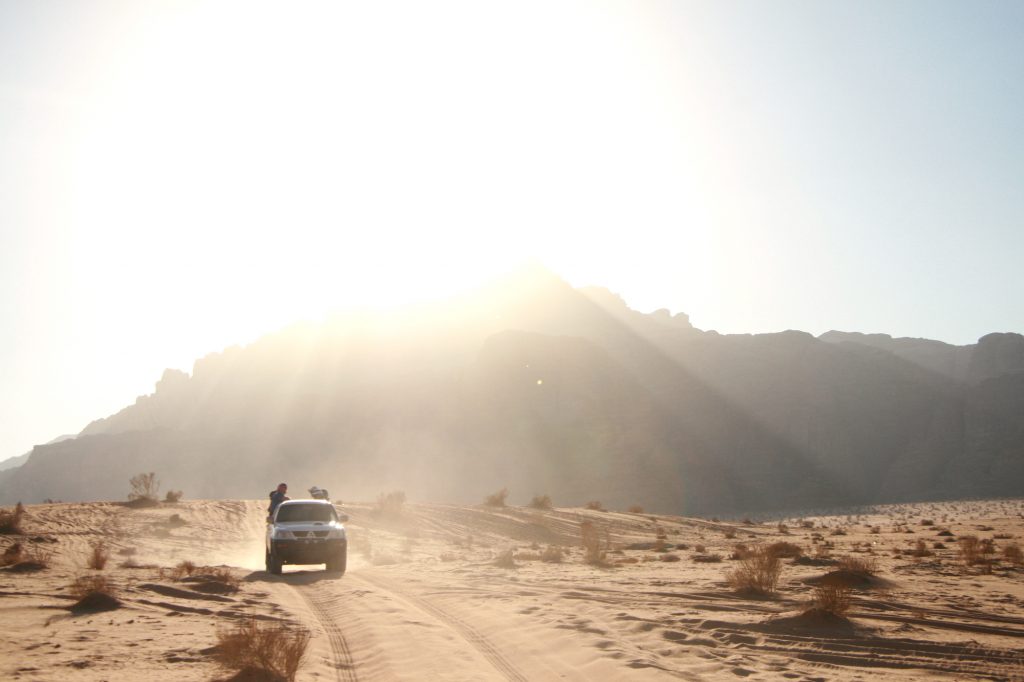 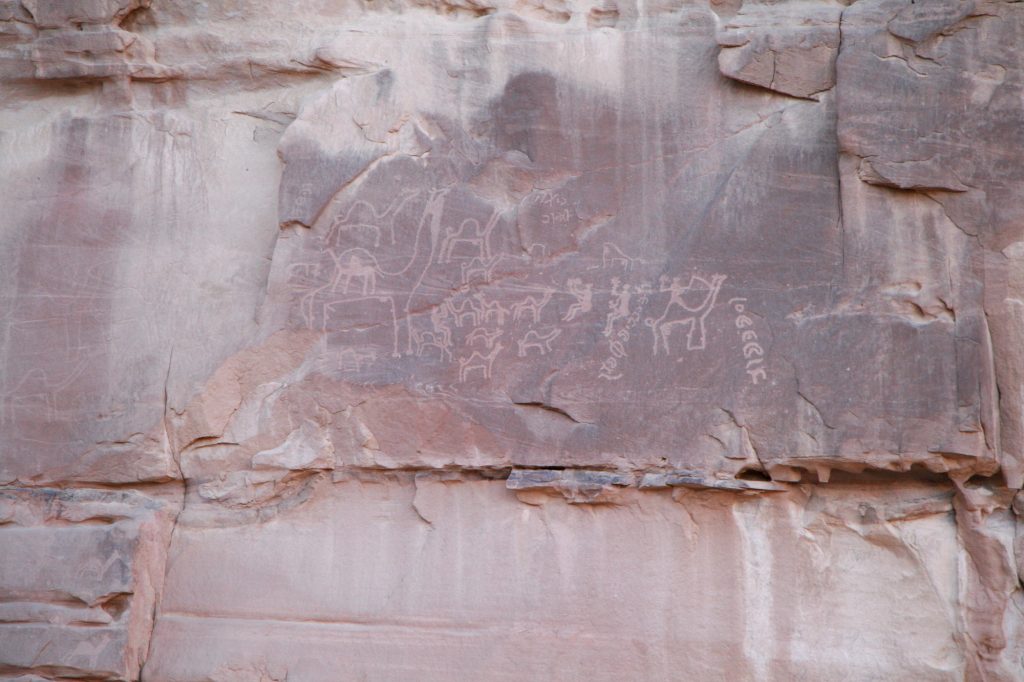 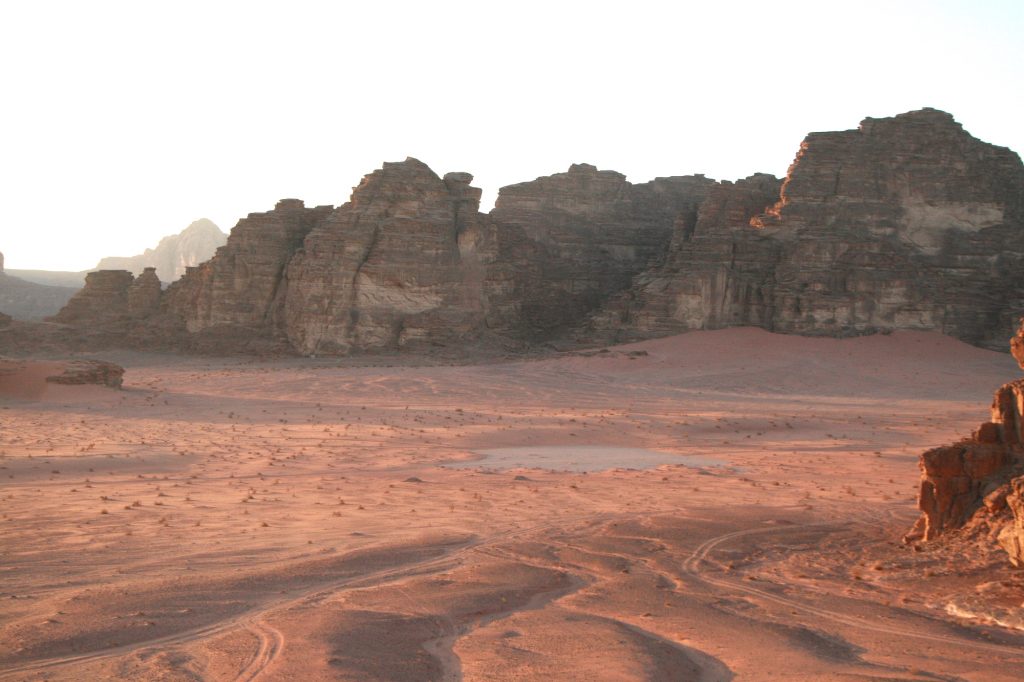 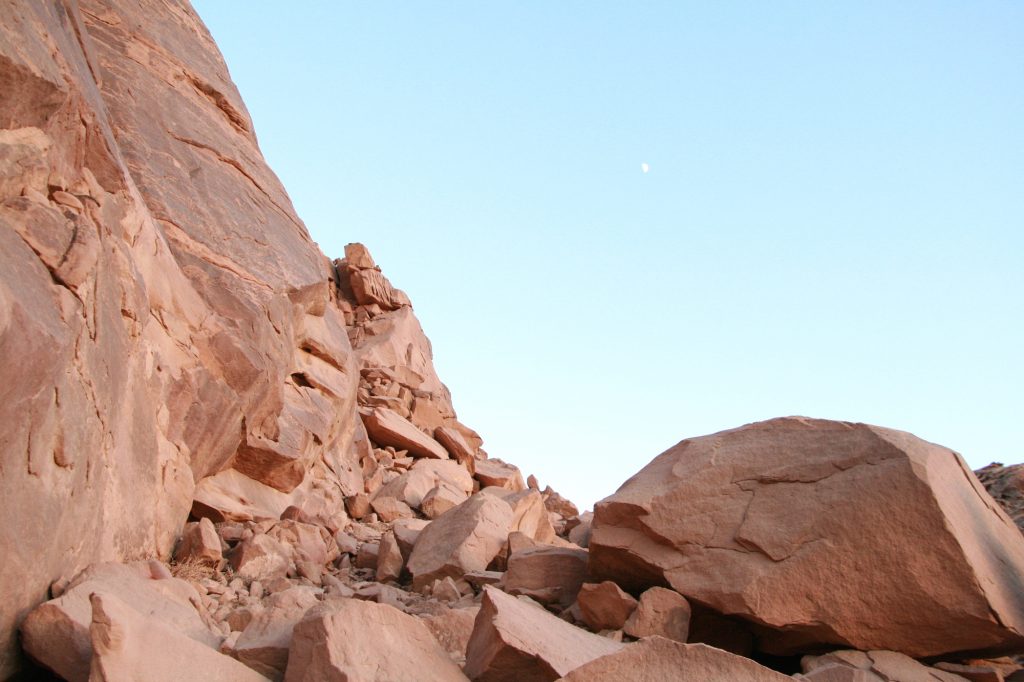