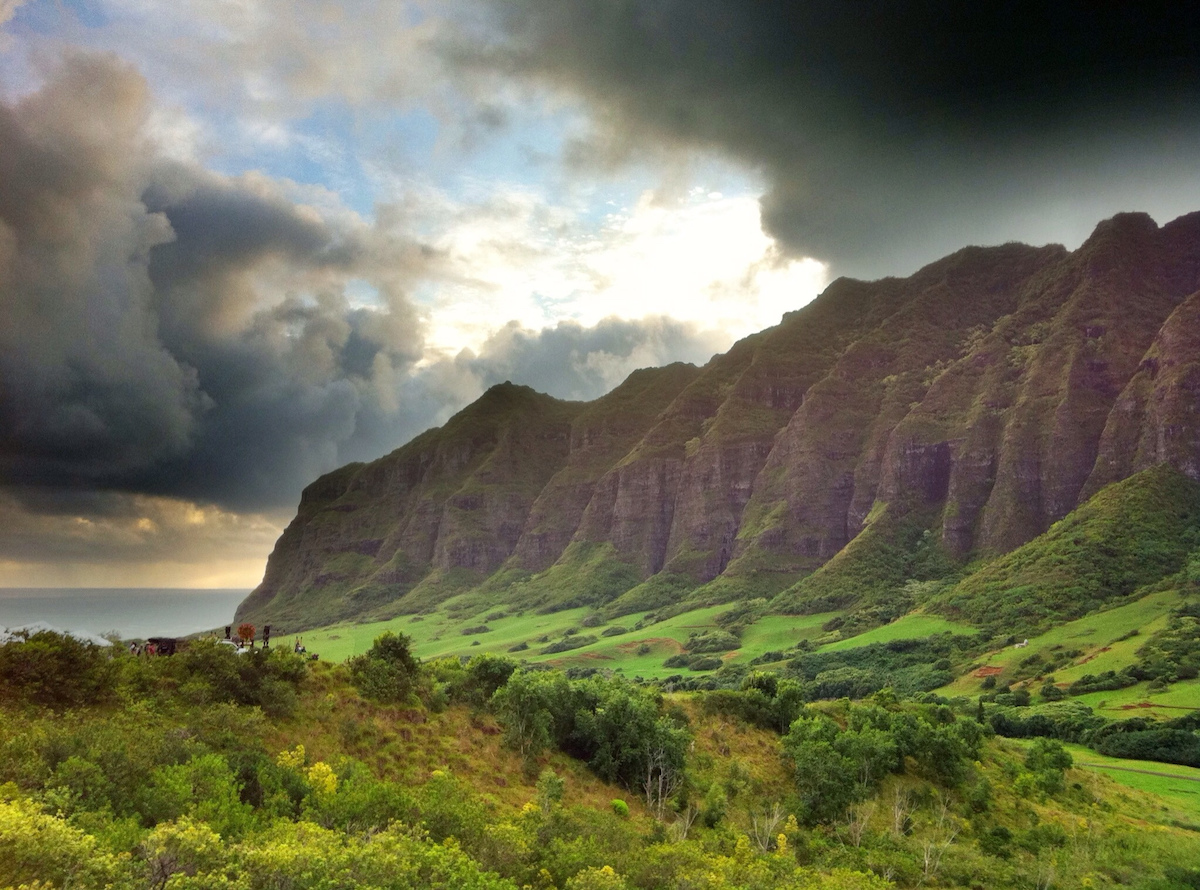 In a previous post, Hayo talked about exploring Honolulu and mentioned that the climate is perfect for holidays. That’s because Hawaii has 11 out of the world’s 13 climate zones. It means that Hawaii’s weather conditions have created various types of terrain including deserts and rainforests among others. These features make it a dream not only for tourists but also filmmakers who can use these locations for movie sets.

Here are some popular locations that you might recognize from certain movies and television shows:

In the original Jurassic Park, there was a scene where Dr. Grant (Sam Neill), Tim (Joseph Mazzello) and Lex (Ariana Richards) were running away from a stampede of dinosaurs. That sequence was shot in Kualoa Ranch. It’s situated on Kamehameha Highway, Ka’a’awa Valley in Oahu. The ranch is open for visitors and you can even see the spot where the aforementioned characters took refuge under a fallen tree. The Kualoa Mountains have also been used as a backdrop for many other movies such as Raiders of the Lost Ark, 50 First Dates, Windtalkers, and Godzilla (1998).

One of the more recent movies shot in Hawaii is last year’s Jumanji: Welcome To The Jungle. The scene where Dwayne Johnson and the rest of the cast are at the waterfall was shot in Papaikou, which is north of Hilo on the Big Island. Thanks to the movie’s performance at the box office, this area may become more popular with tourists. The movie did well due in large part to Johnson’s star appeal. The aftermath has resulted in further growth for the franchise, and other titles tied to Jumanji have begun popping up. The Jumanji game on FoxyCasino has built on the film’s huge success and is a good indication of the global impact the movie has had on audiences. The game focuses on the jungle imagery that was popularized by the original film. Jumanji’s influence puts Hawaii in a good position to bolster its worldwide appeal even more, as places like Papaikou add more reasons for people to visit in the coming years.

For almost six years, TV viewers were treated each week to stunning tropical vistas whenever they watched Lost. The majority of its scenes were shot in Oahu. Wanderer of the World traced the TV crew’s footsteps to the Oahu beaches. Survivor’s Beach, in particular, was the place where the crew shot the plane crash site scenes. Fans of Lost can even take tours tailored for visits to the show’s filming locations on the island.

Waimea Falls is another prominent setting in the first season of Lost. It’s the waterfall where Kate (Evangeline Lilly) and Sawyer (Josh Holloway) discovered a briefcase. You can swim here or simply relax by the waterfall.

In the movie adaptation of The Hunger Games: Catching Fire, there’s a scene where the characters were stranded on a beach and wearing wetsuits. Garrett On The Road discovered that it was shot in a small cove facing north in front of the Turtle Bay Resort! The area is only open to guests of the resort. Fans of the books who are willing to spend some extra cash will enjoy the getaway that doubles as a must-see location.