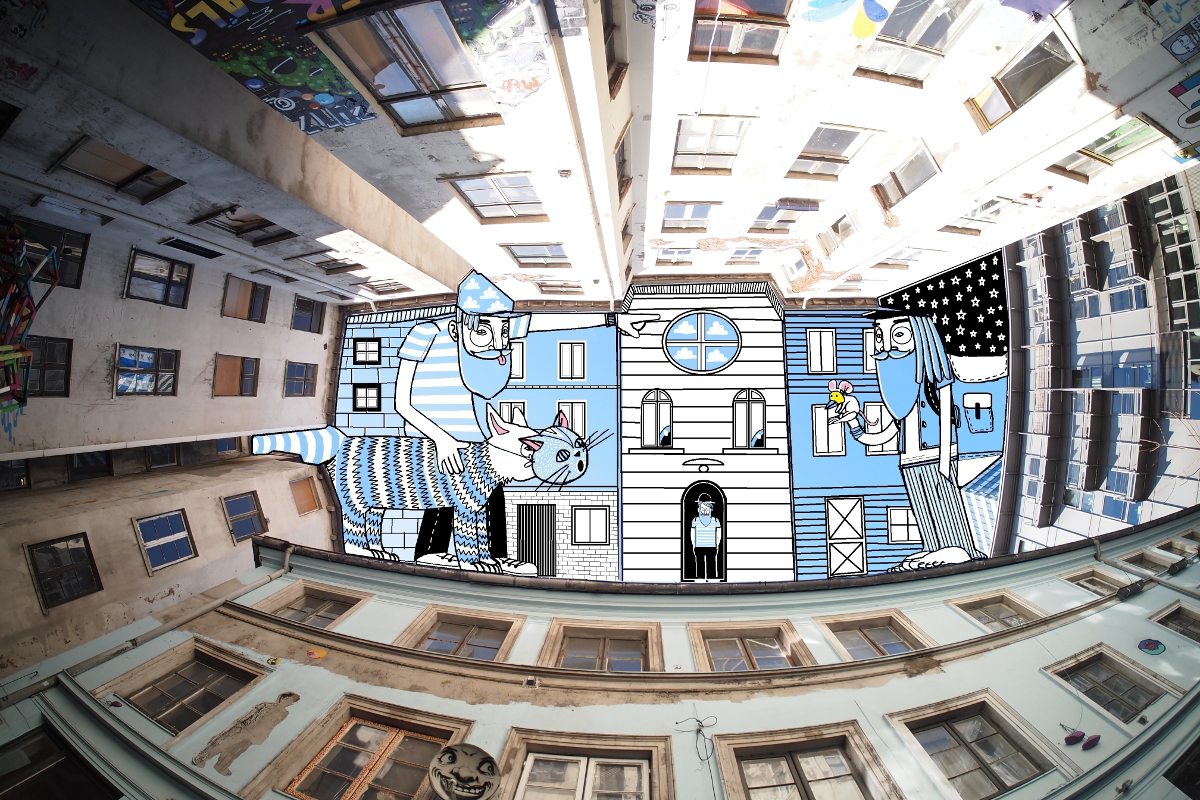 City Landscapes and Architecture Reimagined by This French Artist

His prolific work is carving out a beautiful space on the internet where he published his photos and drawings, which led to a viral circulation of his works. French artist Thomas Lamadieu, aka Roots Art, is redefining the way we normally see a city landscape. Imagining shapes, characters and stories, Thomas created a new world that lives only in the intrinsic shape of a city. An autodidact who’s interest in art appeared since an early age when doing graffiti, he is inspired by street art and the franco-belgian comics Bande Dessineés. 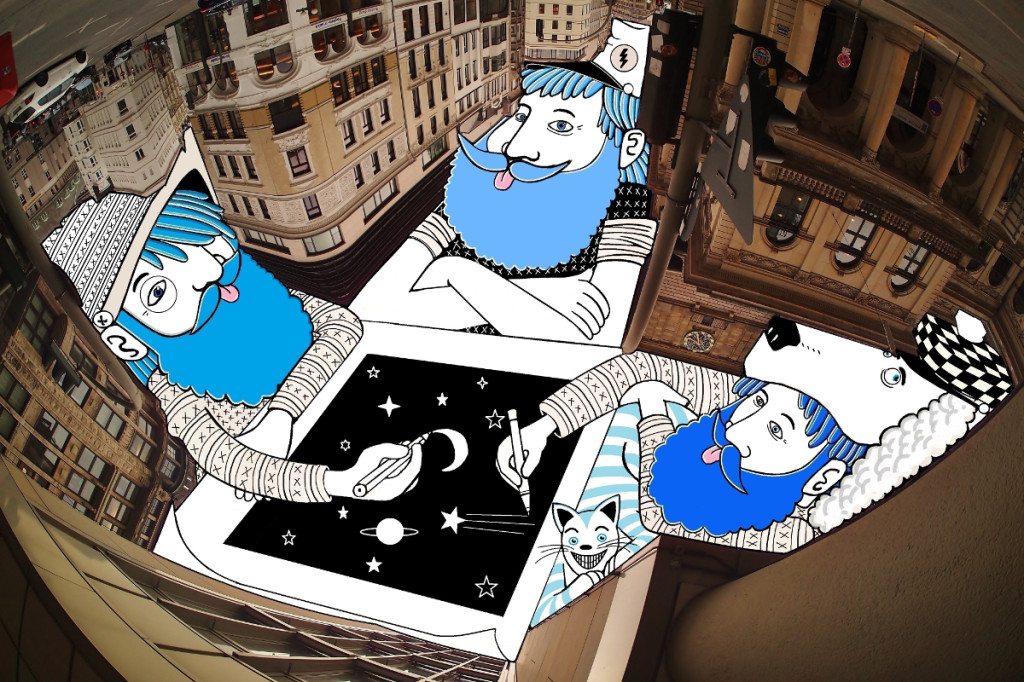 Born in Avignon and now based in Marbourg, Germany, Thomas entered in the Art Scene when he had the chance to expose at the Affordable Art Fair in Brussels as Young Talent. Since then he has participated in multiple collective and individual shows and exhibitions. With this new series called SkyArt, he explains: “My artistic aim is to show a different perception of urban architecture and the everyday environment around us, what we can construct with a boundless imagination.” With this city landscapes and architecture reimagined you can almost forget you’re looking at a photo.

Where did the idea of Skyart come from?

The first time that I had the idea was in 2010 in Avignon. I walked around the city and then I saw these electric wires in the sky which made me think of a rabbit…

Who are the characters in your drawings?

They represent the sky! In 2010 I created a bearded man and since then I have enjoyed developing this character, playing with him in the different shapes of skies I find. Some people have asked, but there’s no religion connotation to it and I also have female characters that also represent the sky. 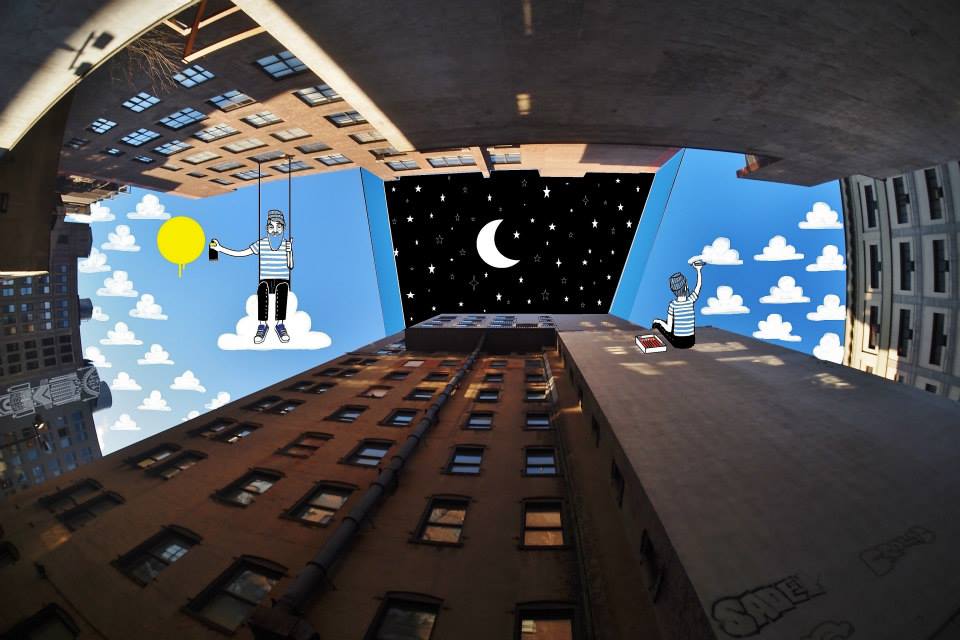 Which places have given you the most inspiration? Or where do get inspired the most?

Avignon inspires me because I love the architecture. But then, what inspired me the most were the big skyscrapers of New York and Hong Kong, for example. I hadn’t seen them before but they match perfectly with my art inspiration.

Do your drawings have any cultural reflections of the city you live in?

Sometimes. I add a lot of my personality to the characters and pieces, and sometimes I do include some hints or hidden items that represent the city I’m drawing. 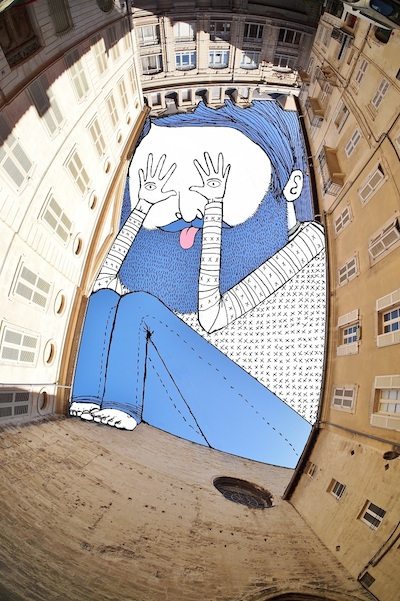 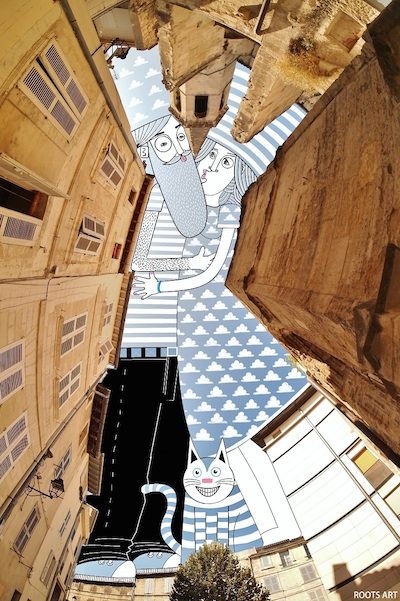 What have been some of your favourite projects?

I was in Hong Kong with an exhibition about the French May. I liked exhibiting on the streets, right in between buildings, because it made sense. I also like the workshops I’ve done with the children, because I’ve been able to show them a new perception of their environment.

What’s the technique you use to work?

I work with Paint, which is quite old school, but I like that. I take pictures of the sky and afterwards I work on them in Paint. Sometimes I know directly what to draw inside, sometimes I have to look at the picture for a while to discover shapes and get inspired. 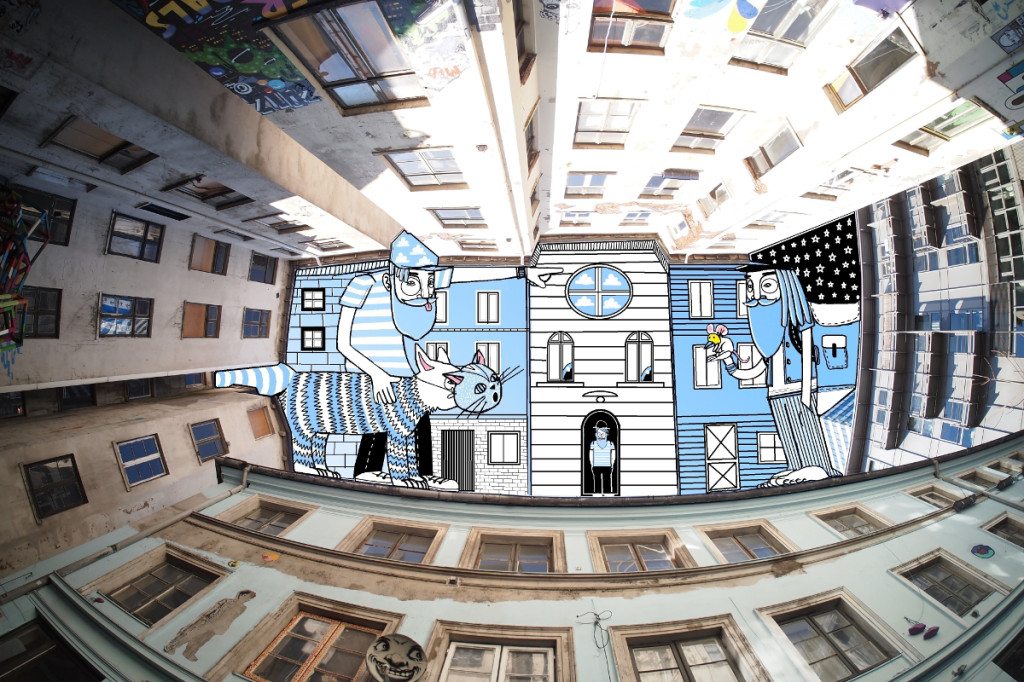 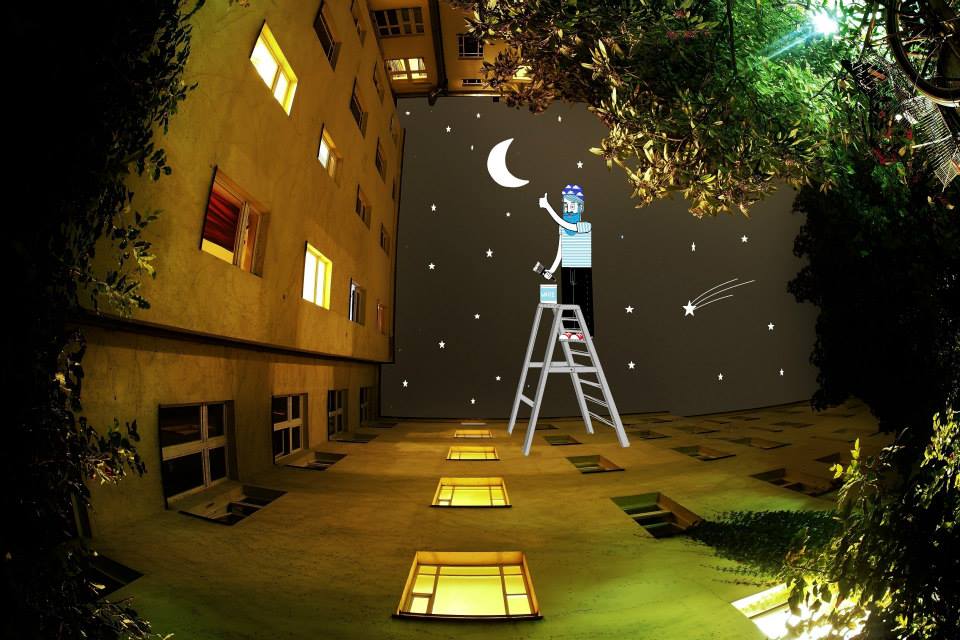 Thank you Thomas for sharing with us your story. We’re never going to look up the same way.